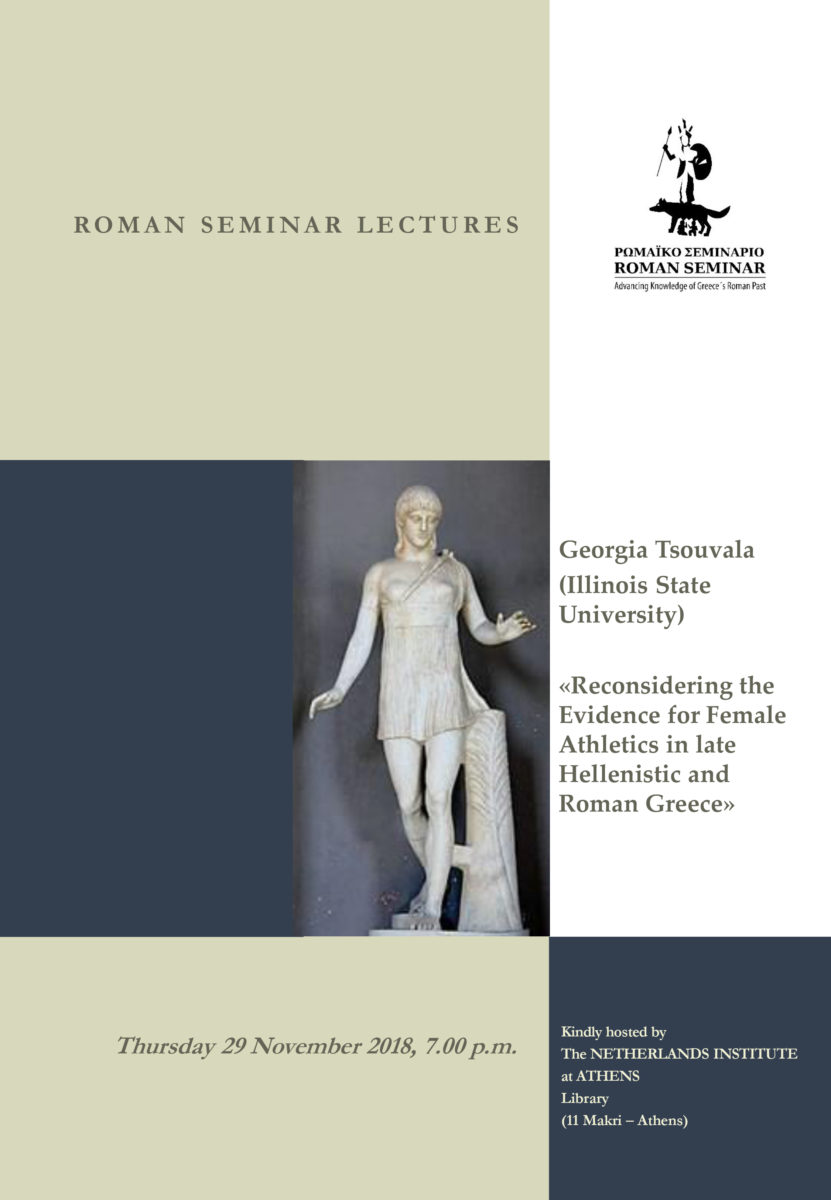 This talk will discuss the epigraphic and literary evidence for women’s membership
in palaistrai and gymnasia, as well as their victories in the games of the late
Hellenistic and early Roman periods in the Greek world. It will become evident that,
in spite of the small number of inscriptions and literary references that survive on
the topic, we can accept that athleticism and its venues were not an all-male sphere
as previously thought, but one where young women athletes participated in and
competed at local and Panhellenic festivals.