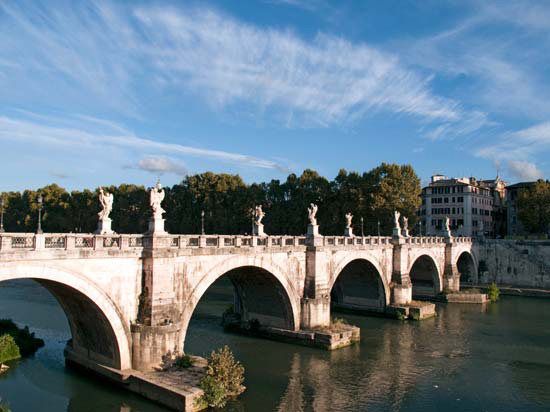 The River and the City: the Tiber in archaeology, cult, and myth

The British School at Rome announces a one-day symposium on the river Tiber.

The River and the City: the Tiber in archaeology, cult, and myth (from the Archaic period to early principate)

The importance of the Tiber in the history of Rome hardly needs arguing. The city was founded at, and flourished owing to, a strategic location near the Tiber Island and on defensible hills overlooking the river. It was both a border protecting the city against invaders from the north and east but also a source of trouble for the population. The great river flooded whole areas of the city on a regular basis during the Archaic period and the Republic. A great amount of research has been done on the Tiber Valley and the surrounding area, particularly at the British School at Rome. Various aspects of Tiberine phenomena in the city of Rome have also been addressed from an archaeological, literary and historical standpoint.

This one-day symposium at the British School at Rome proposes to reassess the archaeological, literary, and religious aspects of the Tiber within the city of Rome and its environs from the Archaic period to the Augustan age. The river was the setting of early Roman myths, such as the miraculous salvation of Romulus and Remus and Horatius Cocles at the Sublician bridge. Virgil chose to place the arrival of Aeneas to Latium at the mouth of the Tiber, perhaps defying tradition. Other Augustan poets wrote of a god called Vertumnus because he turned the great river back to its shores. Augustus himself tapped into an ancient tradition when reforming the Secular games, traditionally placed at the Tarentum with its ancient altar hidden beneath the flowing Tiber. Claudia Quinta pulled the ship of Magna Mater when it got stuck on a sandbar. The myths of Gaia Taracia and Acca Larentia reflected the interplay of flooding and alluviation. Caesar toyed with the idea of diverting the river and Augustus turned Campus Martius into a monumental playground, which famously impressed a ‘squinty’ Greek tourist on his visit. These and many other cults and stories talk of a unique relationship between the river and its city and call for exploration in a dialogue between historians, classicists, and archaeologists.

If you wish to register please send an email to [email protected]  in reply to this message so that we have an idea of numbers. There is no registration fee.

The Tiber in Ovid’s Fasti

‘Tiber, Son of Janus’: river ambiguities in space and literature

Tuscum Tiberim: Rivers and the Formulation of Identity in Latin Literature