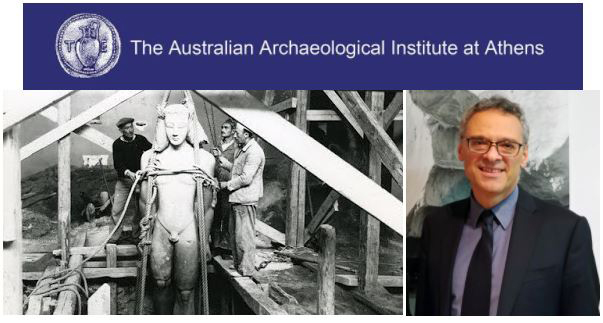 The Antiquities of Greece and World War II

There is no way to exaggerate the destructive nature of war and the price that must be paid by the societies caught up in its horrors. Clearly, the desperate toll paid in the currency of human loss and suffering is the greatest, and great human loss was exacted from Greece during World War II.

This lecture, however, focuses on how the country’s antiquities, ancient and mediaeval, fared during this period of upheaval, death and displacement. What were the attitudes of the occupying forces (German, Italian and Bulgarian) to Greece’s cultural heritage? How did the perceived role of Greece as one of the major sources of Western civilisation impact on the occupiers? How did the Greek authorities prepare during the run-up towards war? What was their stance during the subsequent Occupation? What symbolic role were the antiquities called to serve by the Greeks during these dark years? How did the antiquities themselves fare?

This presentation will look at a number of case studies against the backdrop of the Occupation in order to elucidate these and other questions, as well as to offer some explanation for what was lost and what was saved.

Dr Stavros Paspalas is Acting Director of the Australian Archaeological Institute at Athens. He has undertaken fieldwork at Zagora on Andros, Torone in the Chalkidike and on the island of Kythera. His major research interests range from the Early Iron Age Aegean, through to ancient Greek ceramics, and onto Greek-Achaemenid relations.

Zoom is an online videoconferencing application. The Zoom app can be downloaded from their website for free. Versions are available for Mac, PC and iOS and Android mobile devices.

When you register for this event you will be emailed a link for the Zoom lecture session. If Zoom is not already installed on your device, the web browser Zoom app will download automatically when you join this Zoom session.

If you are using an Apple mobile device, you can install the iOS app here: https://apps.apple.com/au/app/id546505307

or, if you are using an Android device, you can get the Android app from Google Play here: https://play.google.com/store/apps/details?id=us.zoom.videomeetings