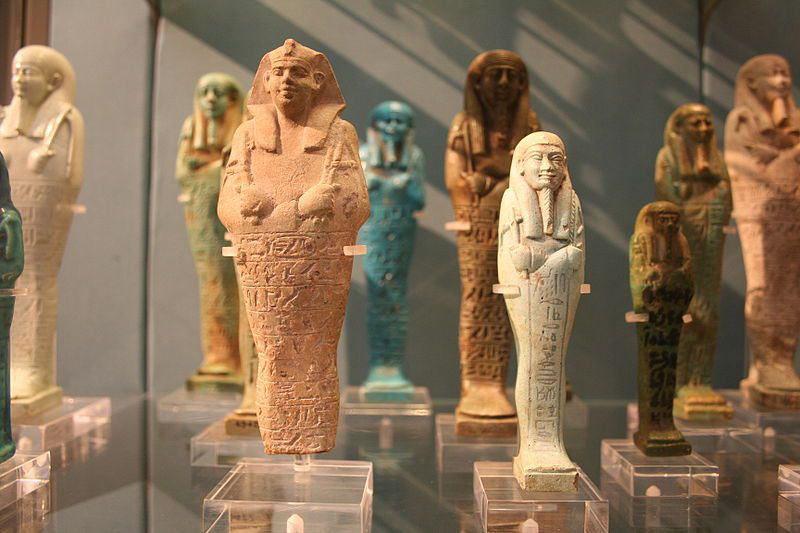 Who Are Archaeology Museums For?

The first of a series of three conversations at the Italian Cultural Institute in London, organised by Dr Corinna Riva and Andrew Gardner on the topic of European museums and their interaction with a wide range of diverse communities, will be held on the evening of 21st October between Christian Greco (Director of the Museo Egizio in Torino, Italy) and Neal Spencer (Keeper of the Department of Egypt and Sudan at the British Museum) and moderated by Alice Stevenson (Associate Professor in Museum Studies, UCL). This talk will be held in English

The series is kindly sponsored by UCL in Rome, the Accordia Research Centre, and the British School at Rome.

European museums of archaeology interact with a wide range of communities. Their educational mission is particularly important today, as the cultural diversity of these communities is greater than ever before; even local museums work in contexts that are no longer as ethnically or culturally homogenous as they once were.
How should all such institutions be inclusive, and pay attention to the diversity of visitors, particularly addressing those who might not find traditional museum presentations accessible or interesting to them? What vision should archaeological museums have to address the debates surrounding the role of the past in contemporary European societies? These questions will be addressed by three dialogues between directors of Italian and British national, regional and local museums.

Christian Greco has been Director of the Museo Egizio in Turin since 2014. He managed a refurbishment of the museum building and a renovation of its galleries, whereby the Museo Egizio was transformed from an antiquities museum into an archaeological museum.
Trained mainly in the Netherlands, he curated many exhibition and curatorial projects in the Netherlands, Japan, Finland, Spain and Scotland. He is currently teaching at the Università of Turin and Pavia, as well as the Scuola di Specializzazione in Beni Archeologici of the Università Cattolica del Sacro Cuore in Milan.
He was a member of the Epigraphic Survey of the Oriental Institute of the University of Chicago in Luxor, and since 2011 he has been co-director of the Italian-Dutch archeological mission at Saqqara. Since 2015 he has been a member of the management board of the MANN (Museo Archeologico Nazionale di Napoli).

Neal Spencer is Keeper of the Department of Egypt and Sudan at the British Museum. His research interests include thirtieth dynasty Egypt, non-royal construction initiatives, Ramesside Nubia and Nile Delta archaeology.
In addition to leading the Department, he has recenly finished a nine-year field project at Kom Firin in Egypt’s western Nile Delta, a large settlement site occupied from the Ramesside Period (thirteenth to twelfth century BC) until the seventh century AD.
Since 2008, he has directed the British Museum fieldwork at Amara West, administrative capital of Upper Nubia in the Ramesside era. He has also participated in rescue fieldwork at the Fourth Cataract, and at sites throughout Egypt.

Alice Stevenson is Associate Professor in Museum Studies at UCL’s Institute of Archaeology and a specialist in Predynastic and Early Dynastic Egyptian archaeology. She was Curator of the Petrie Museum of Egyptian Archaeology from 2013 to 2016. As a museum curator, she is particularly interested in the nature and research potential of a museum’s collections.

Corinna Riva is Associate Professor in Mediterranean Archaeology at UCL, specialised in East-West interaction and comparative archaeology of Iron Age and 1st-millennium BC Italy and Mediterranean. Among her publications: The urbanisation of Etruria: funerary ritual and social change, 700-600 BC. New York: Cambridge University Press.