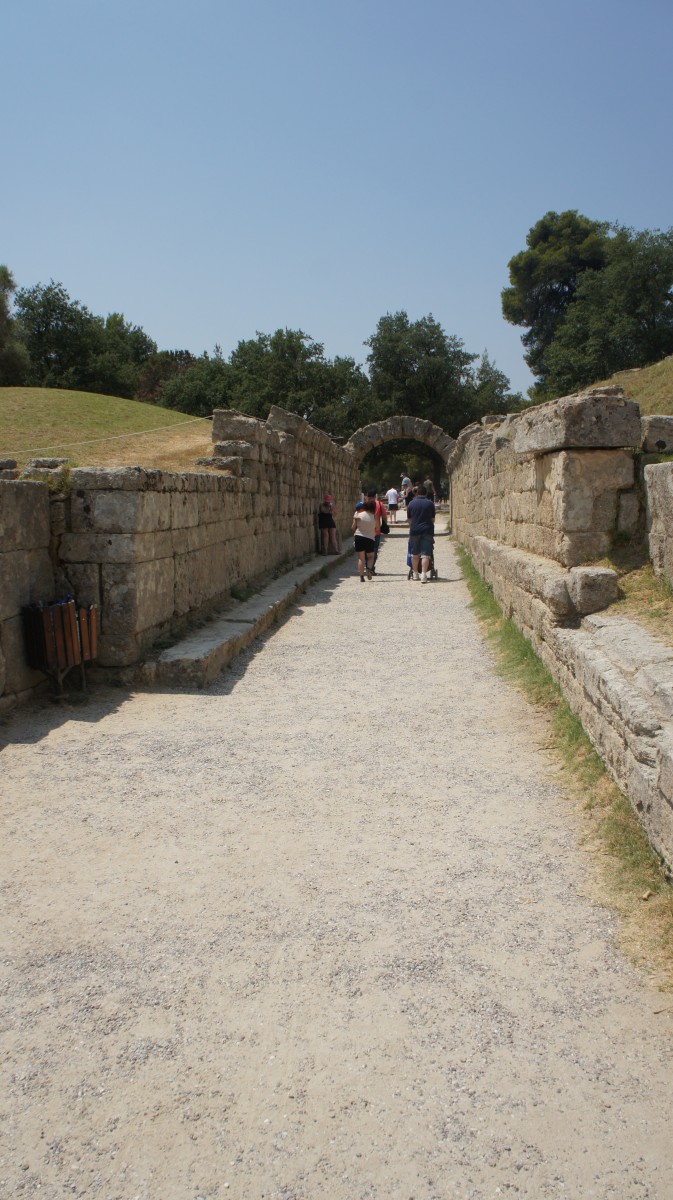 Entrance to the stadium of ancient Olympia

The stadium of Olympia was the location of many of the sporting events at the Ancient Olympic Games. The Heraea, women’s games in honour of Hera, were also held at the stadium. It is situated east of the sacred Altis enclosure, but its location was not the same in the first centuries of the Games.