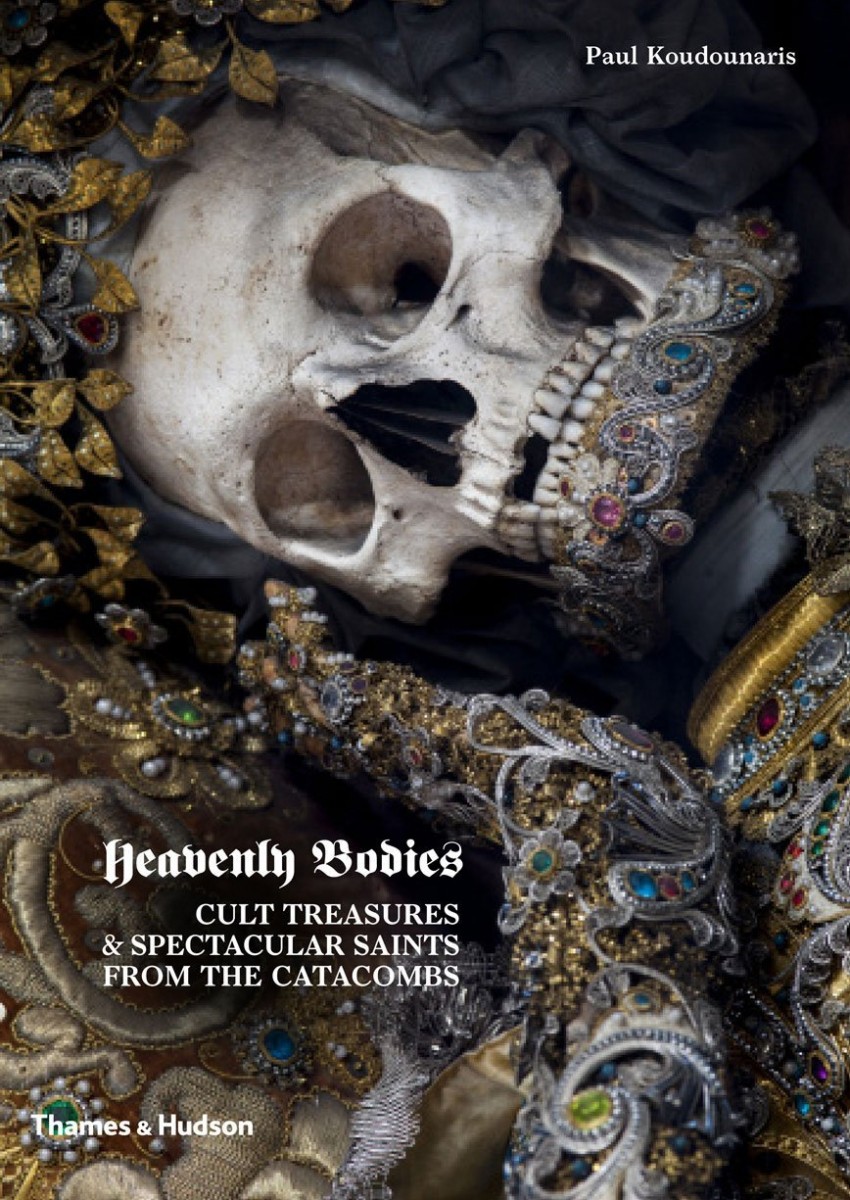 In 1578 a labyrinth of underground burials was discovered in Rome that contained the remains of thousands of individuals assumed to be early Christian martyrs. The bones were disinterred and sent to many Catholic churches and religious houses in German-speaking Europe to replace holy relics that had been destroyed during the Protestant Reformation.

Reassembled by skilled artisans, encrusted with gold and jewels and richly dressed in fantastic costumes, the skeletons were displayed in elaborate public shrines as reminders of the spiritual treasures that awaited the faithful after death. For nearly three centuries these ‘Heavenly Bodies’ were venerated as miracle-workers and protectors of their communities until doubts about their authenticity surfaced in the modern era. They then became a source of embarrassment for the Church and most were destroyed or hidden away.

The book includes arresting images of more than seventy spectacular jeweled skeletons and the fascinating stories of dozens more, accompanied by rare archive material. This is the first time that some of these incredible relics – both intriguing historical artifacts and masterpieces of artistic craftsmanship in their own right – have appeared in a publication, with Koudounaris gaining unprecedented access to photograph in some of the most secretive religious establishments in Europe.

Meticulously researched and beautifully written, this is a tour de force of original cultural history with deepest resonances for a modern audience fascinated by visual representations of death.

*Paul Koudounaris lives in Los Angeles, where he took his doctorate in the art history department of UCLA. His first book, The Empire of Death: A Cultural History of Ossuaries and Charnel Houses, was published by Thames & Hudson in 2011.