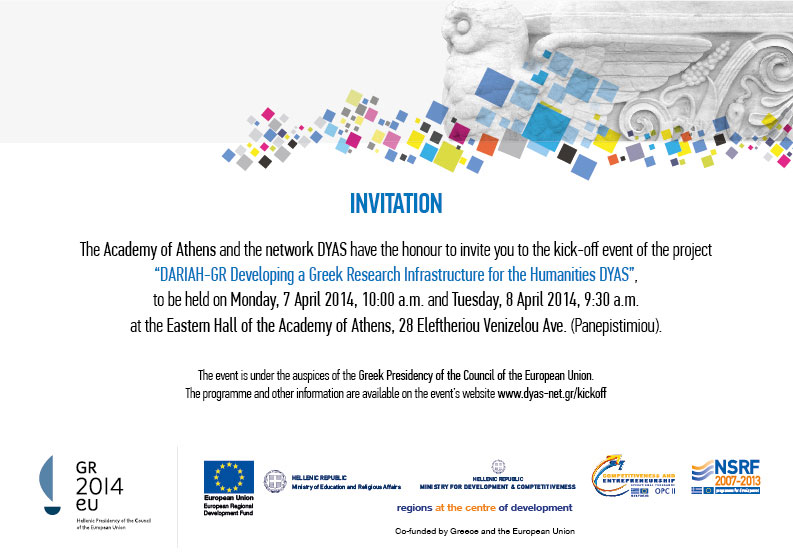 Developing a Greek Research Infrastracture for the Humanities

DARIAH-GR is a project run by the Greek Research Infrastructure Network for the Humanities DYAS in association with the European Research Infrastructure DARIAH-EU, of which Greece is a founding member.The General Secretariat for Research and Technology of Greece has put the event under the auspices of the Greek Presidency of the European Union. The event is a satellite event of ICRI2014. The first day will be dedicated to the official presentation of the project, while on the second day a workshop will focus on the presentation of the objectives of the Greek research infrastructure. The two-day programme includes presentations and speeches by Greek and foreign speakers on research infrastructures in the Humanities and on the prospects of research in the digital age.