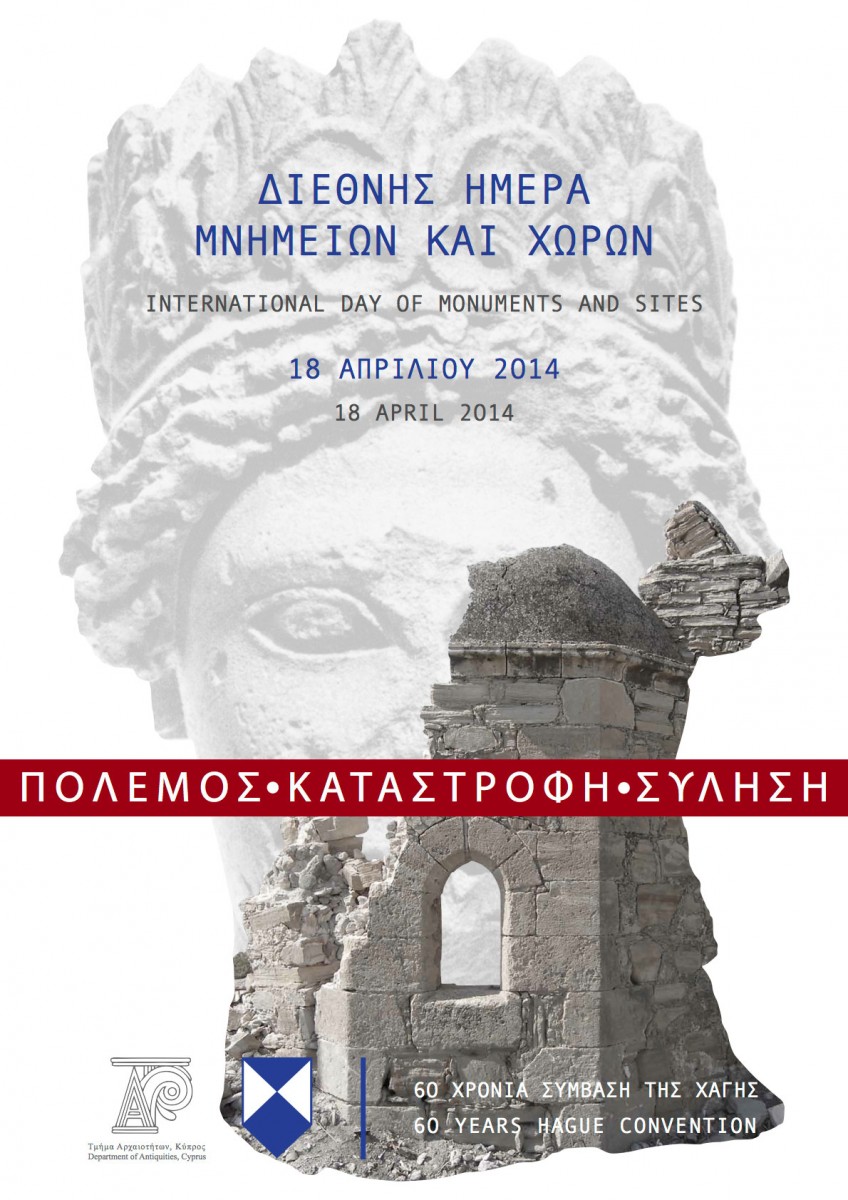 Following a proposal by ICOMOS, the 18th April as of 1983 was designated by UNESCO as the International Day for Monuments and Sites. It is celebrated each year with events that aim to make the public aware of their cultural heritage. Citizens are encouraged through a number of events to learn about and appreciate all forms of their heritage. Each year a different topic is promoted and all the events are organized so as to incorporate the specific theme. The theme for 2014 is “Heritage of Commemoration- 60 Years Hague Convention”.

The aim of this year’s theme is to make the public aware of the responsibilities and the provisions for all the member states that result from The Hague Convention and its two protocols. The Hague Convention constitutes the first and unique international convention that has legislated the responsibilities and the guidelines that need to be obtained from the member-states and their armies in the occurrence of armed conflict. The cultural heritage of a place, independent of national and religious orientation, has to remain untouched in time, in the occurrence of armed conflict, in order to be bequeathed as historical testimony of the worldwide history of mankind to the future generations.

The Ministry of Communications and Works, Department of Antiquities of Cyprus, announces that on the occasion of the International Day of Monuments and Sites, entry to the following archaeological site and ancient monuments on 18April 2014 will be free of charge.

11. Necropolis “The Tombs of the Kings”, Kato Paphos

For the celebration of the International Day of Monuments and Sites the following events will take place:

Periodic exhibition “From the world of Cyprus birds” at the Visitor’s Centre of the Archaeological Site of Kato Pafos.

18:30 Lecture by Dr. Nicholas Stanley-Price on “War, disaster and the ‘reconstruction’ of cultural heritage” and

18:30 “The Archaeology of Larnaka: recent discoveries”

A programme of events will be available to the public at ancient monuments, archaeological sites and museums of the Department of Antiquities.