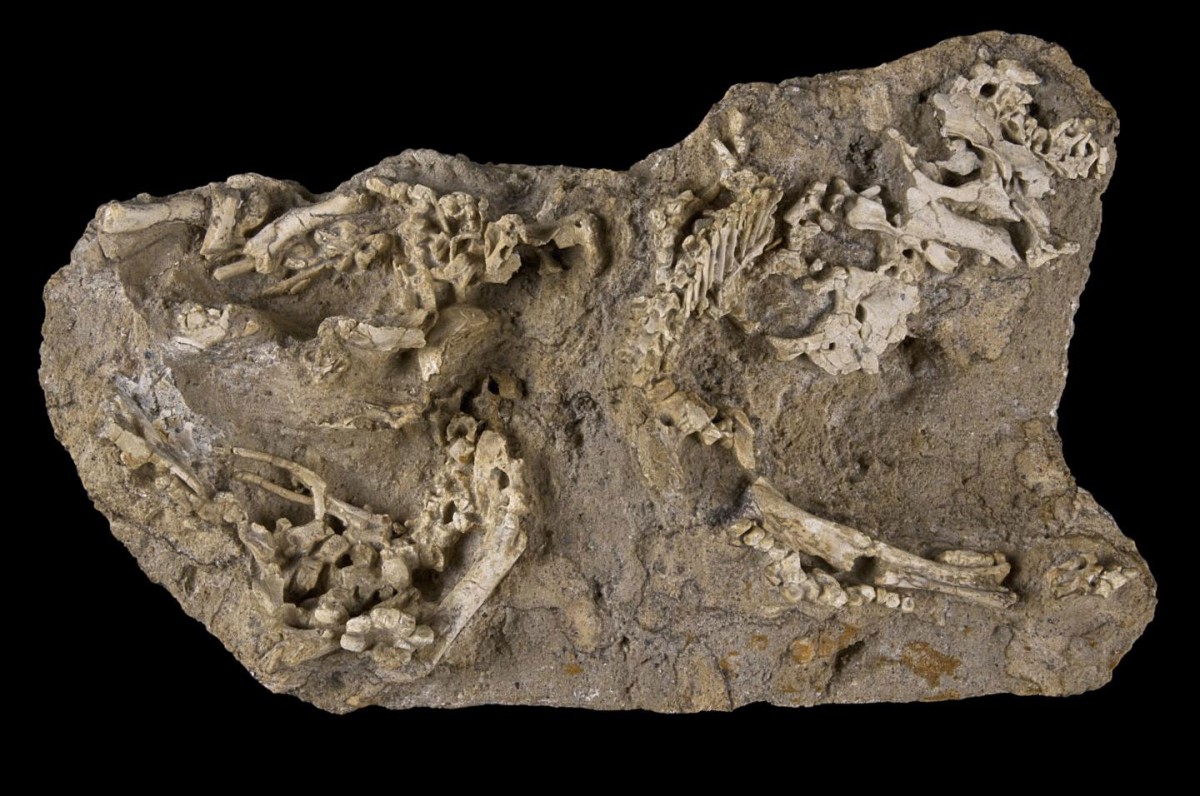 Scientists describe a perinatal group of Saurolophus angustirostris, a giant hadrosaur dinosaur, all likely from the same nest, found at “Dragon’s Tomb” in Mongolia, according to a study published October 14, 2015 in the open-access journal PLOS ONE by Leonard Dewaele from Ghent University and the Royal Belgian Institute of Natural Sciences, Belgium and colleagues.

Discovered in an area called the “Dragon’s Tomb,” a famous location for finding Late Cretaceous dinosaur fossils in the Gobi Desert, Mongolia, the authors of this study described three or four perinatal specimens or “babies” and two associated eggshell fragments. The young dinosaurs were likely part of a nest originally located on a river sandbank, and the authors suggest they are likely Saurolophus angustirostris (meaning ‘lizard crest’), a dinosaur that is known from multiple well-preserved complete skeletons.

The skull length of these Saurolophus was around 5% that of the largest known S. angustirostris specimens, indicating that these specimens were in the earliest development stages. The perinatal bones already resembled S. angustirostris characteristics, including the upwardly directed snout (the premaxillary bones). The specimens did not yet have the characteristic cranial crest at the top of the head and areas of the skull-the cervical neural arches-were not yet fused, which suggest they may be in the earliest stages of the development of S. angustirostris.

Leonard Dewaele notes, “The poorly developed crest in Saurolophus babies provides evidence of ontogenetic crest growth within the Saurolophini tribe. The Saurolophini are the only Saurolophinae to bear supra cranial crests as adults.”

Scientists can’t tell whether the individuals were still in the eggs or had just hatched when they died, but they were apparently already dead and partly decomposed when they were buried by river sediment during the wet summer season. The fossilized eggshell fragments associated with the perinatal individuals closely resemble those found from S. angustirostris relatives in Mongolia, and scientists suggest these specimens may bridge a gap in our knowledge of the development of S. angustirostris.