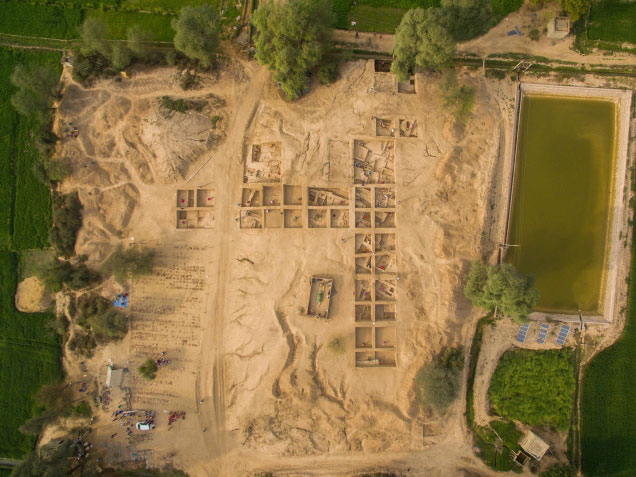 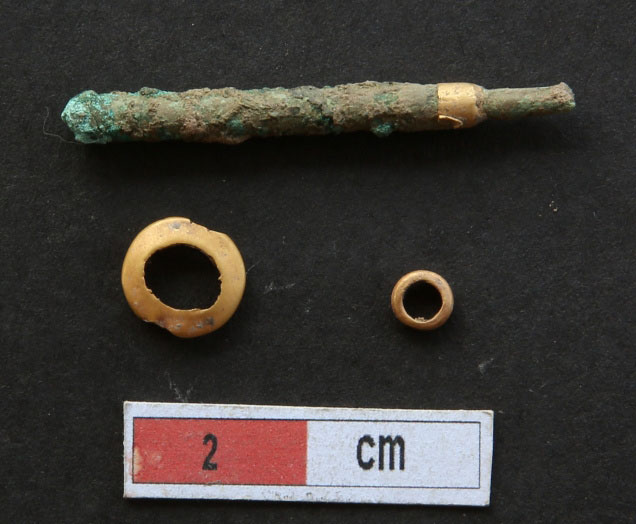 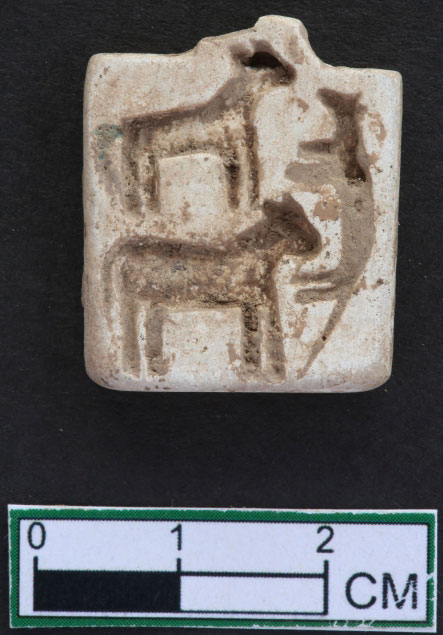 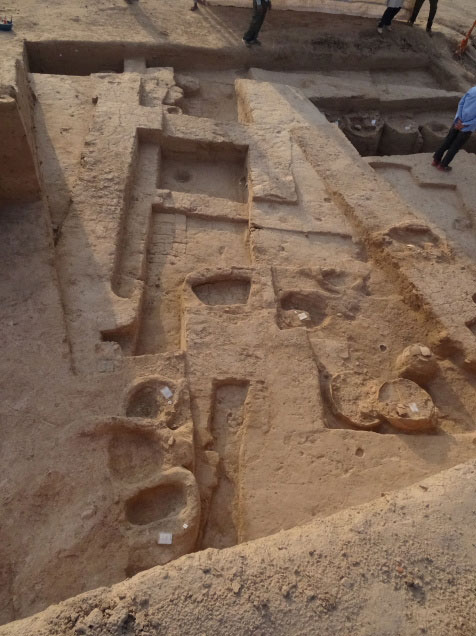 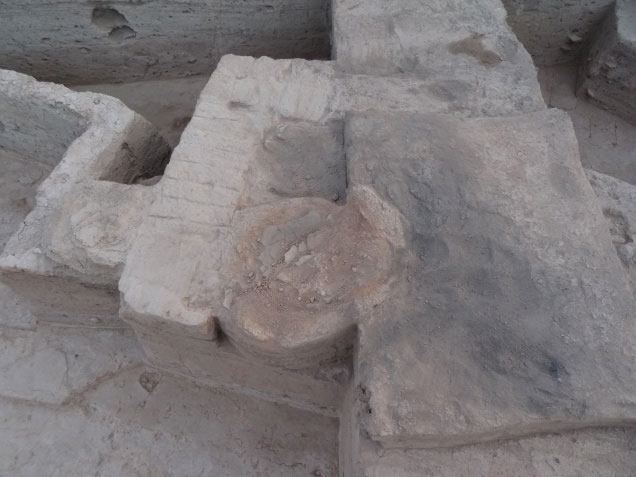 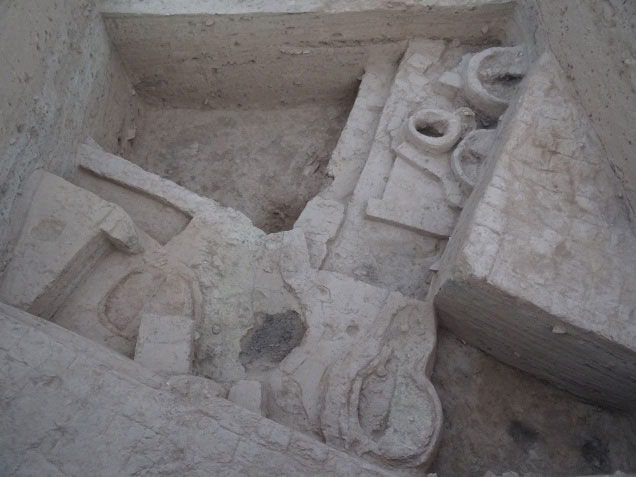 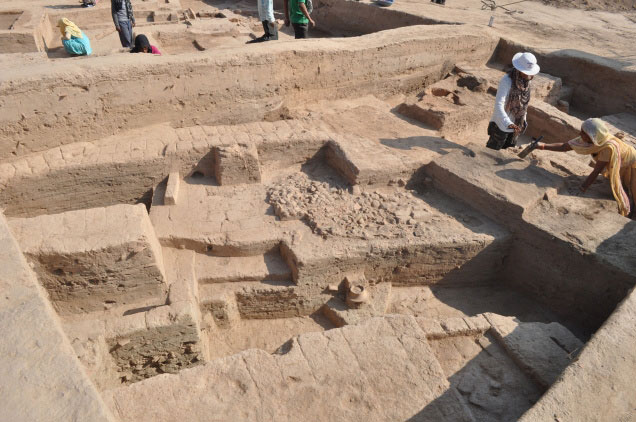 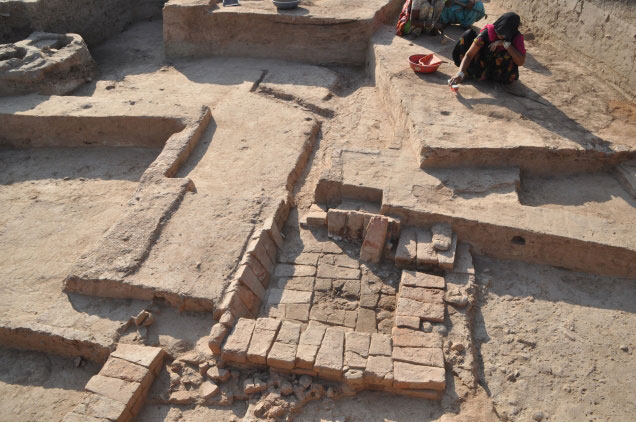 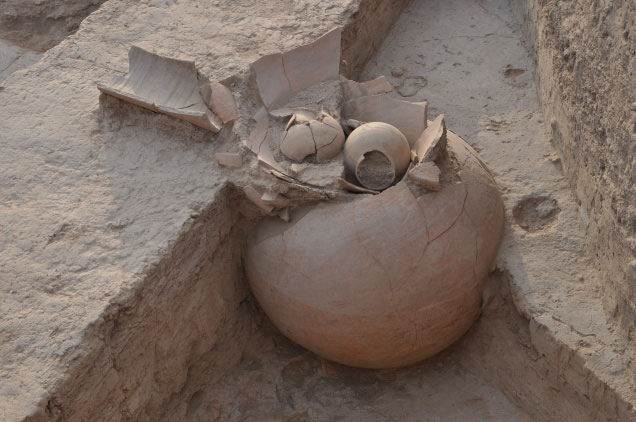 The site was clearly a production unit

The 4MSR site near Binjor in Rajasthan is now excavated and proves to be not a settlement but rather a production centre of the Early Harappan and Mature Harappan phases. The site is between two channels of the Ghaggar river.

The small, rural industrial production centre is probably about 5,000 years old, and lasted for more than 1,100 years. Although it did survive through the Early Harappan and Mature Harappan phases, however, it had no Late Harappan phase. Specialists are not sure why the site was abandoned at that time but they believe it was due to floods or arid land.

During excavations performed from January to March this year the Archaeological Survey of India dug 12 trenches. Furnaces, hearths and mud-brick structures found at the site, in a big mound surrounded by wheat fields, prove that it was probably a production unit.

One of the furnaces bore an ingenious design, with a platform for the blacksmith to sit on and blow the fire in a pit. A pipe (a tuyere) ran through the earth with one end of the blower to the firepit. In another trench an anvil was found. Circular, oval or yoni-shaped hearths were found adjacent to the hearths. That’s where various artefacts were made, such as golden earrings, beads, spacers and pendant frames, copper spearheads or rings, bangles, chisels, needles, fish hooks. In one of the trenches archaeologists discovered a rare copper stylus with a thing gold foil wrapped around one end.

It was quite remarkable that the ash in the furnaces, although 4,000 years old, looked fresh.