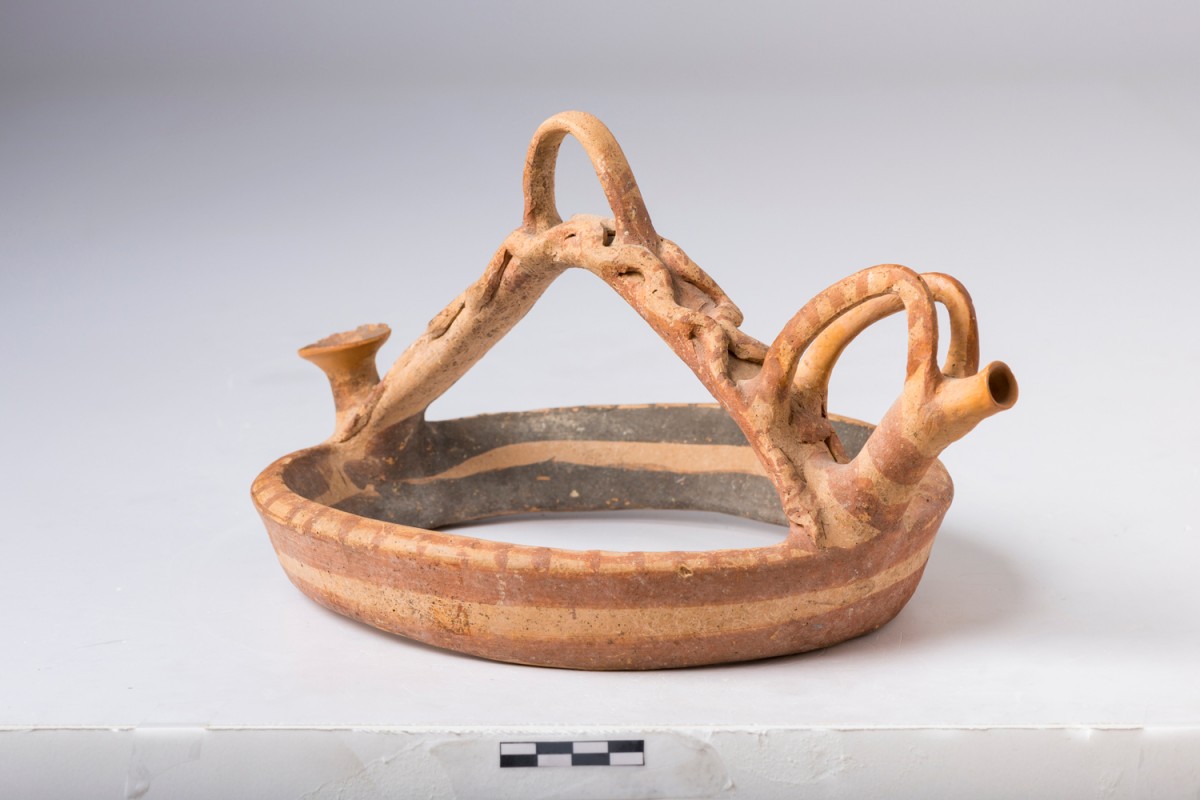 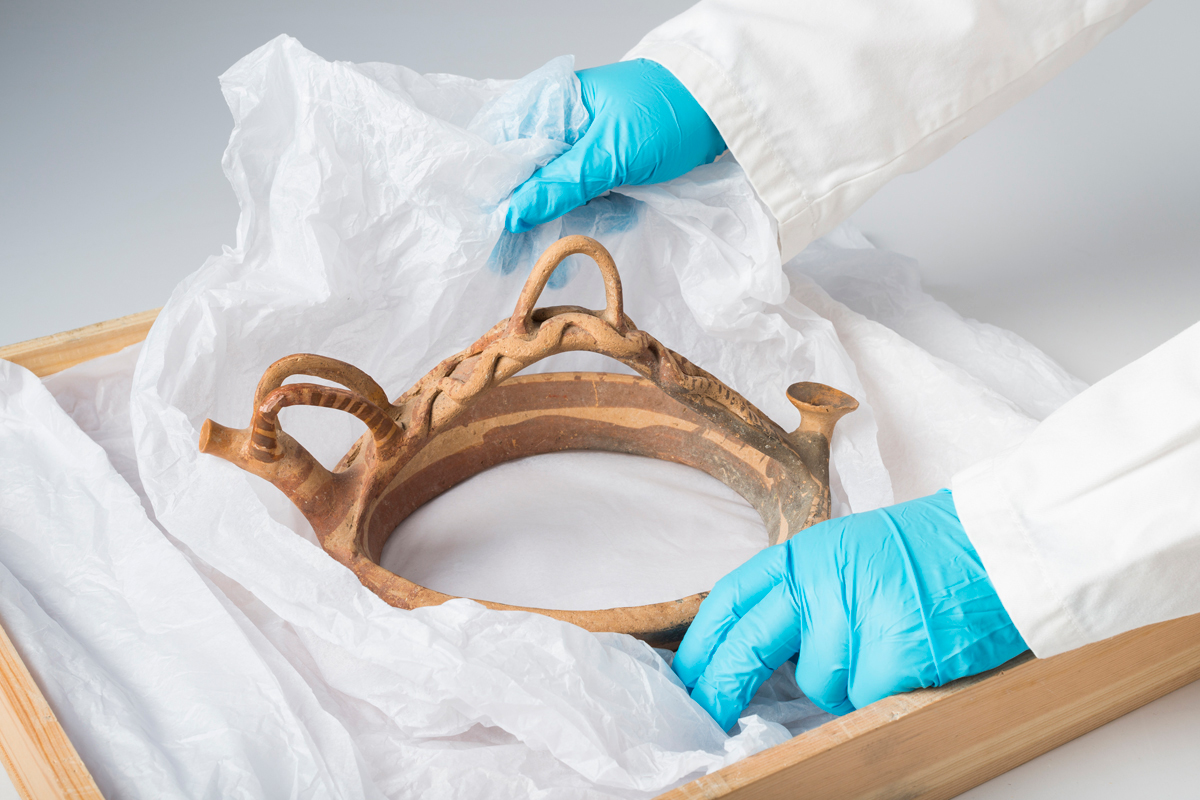 Ancient Cypriot clay ring-vase repatriated to Cyprus from the UK

It was identified at a London-based antiquities dealer’s shop

An ancient Cypriot clay ring-vase (kernos – ceremonial vessel), dated to the Protogeometric period (1050-900 BC), has been repatriated to Cyprus from the United Kingdom. The vessel was identified by the Department of Antiquities at a London-based antiquities dealer’s shop, as a result of the Departments’ routine online investigations.

Following a request by the Department of Antiquities and the Cyprus Police, the shop handed over the vessel to the London Metropolitan Police, which in turn, handed it over to the High Commission of the Republic of Cyprus in London, in October 2016.

A Conservator of the Department of Antiquities supervised the packing of the antiquity in London and escorted it to Cyprus on 16 November 2016. The vessel was part of Mr. Christakis Hadjiprodromou’s registered private collection that was kept in his house in Ammochostos (Famagusta) prior to the Turkish invasion in 1974. As a result of the invasion, Mr. Hadjiprodromou’s residence was pillaged, and his collection was looted, its objects scattered around the world. Another antiquity (a clay horse-and-rider of the Cypro-Archaic period, approx. 700 BC) from the same collection was repatriated from London in July 2016.