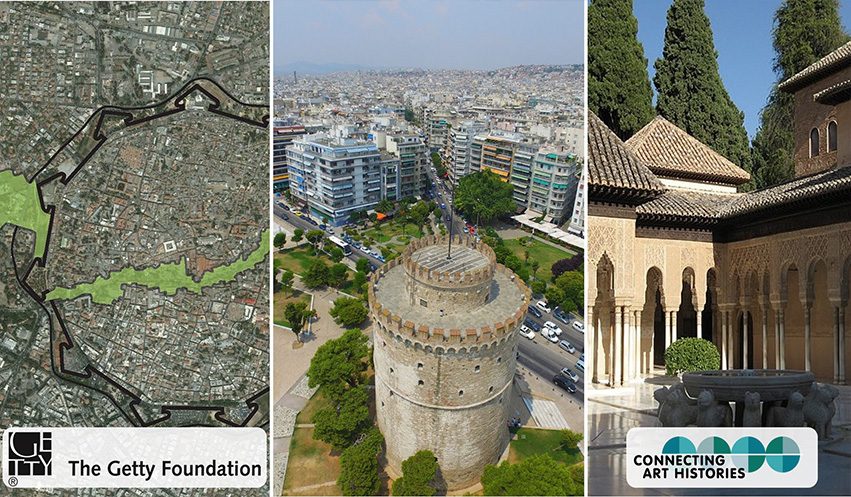 The Getty Foundation, as part of its Connecting Art Histories initiative, has awarded a major grant to The Cyprus Institute (CyI), in support of a new research project: “Mediterranean Palimpsests: Connecting the Art and Architectural Histories of Medieval and Early Modern Cities.”

Directed by Nikolas Bakirtzis (STARC, The Cyprus Institute) and D. Fairchild Ruggles (Landscape Architecture, University of Illinois at Urbana-Champaign), the project investigates the layered art histories of medieval Mediterranean cities as the basis for initiating scholarly connections that challenge and move beyond the boundaries of modern historiographies, national narratives and contemporary socioeconomic realities. Set in a region where issues of cultural heritage and identity are currently highly contested, the project looks at the material past to understand its relevance for the present and future. Underlining the wider regional scope and significance of the Cyprus Institute and its Science and Technology in Archaeology Research Center (STARC), the project’s focus expands on collaborative research on historic Mediterranean cities pursued in the context of the cooperative agreement between CyI and Illinois; specifically, CyI’s STARC and Illinois’ National Center for Supercomputing Applications (NCSA) and Department of Landscape Architecture. NCSA has been working closely with CyI in the development and use of advanced technologies and visualization in art and architectural history, especially in the spatial analysis of historic cities and their cultural heritage. The Department of Landscape Architecture coordinates the collaboration’s research focus and activities in cultural heritage and the study of art and architecture.

Mediterranean Palimpsests explicitly avoids nation-based models that emphasize unique, disconnected histories, and instead challenges scholars to consider the medieval Mediterranean as a matrix of cities that, united by the connections forged through trade, royal courts, migrations, pilgrimages, and conquests, produced the material culture and spaces that we encounter today. Questions about spatial context, scale and complexity are not particular to any one city in the Mediterranean, and thus provide common ground for research collaboration.

Under the aegis of The Cyprus Institute, the project directors will convene three research seminars for emerging scholars primarily from the region that will explore transition, appropriation and identity in art and architectural history; these will be held in Nicosia (summer 2018), Granada & Cordoba (winter 2019), and Rhodes & Thessaloniki (summer 2019). The intense focus on these cities addresses their formation during the medieval and early modern periods, which significantly shaped their subsequent growth and in turn framed the production and experience of art and architecture in the following centuries. But the comparison also extends to Cairo, Alexandria, Jerusalem, Istanbul, Palermo, and other important Mediterranean nodes with the goal of considering the Mediterranean as a connected field, in which medieval cities share the experience of survival, appropriation and reconstruction for modern use.