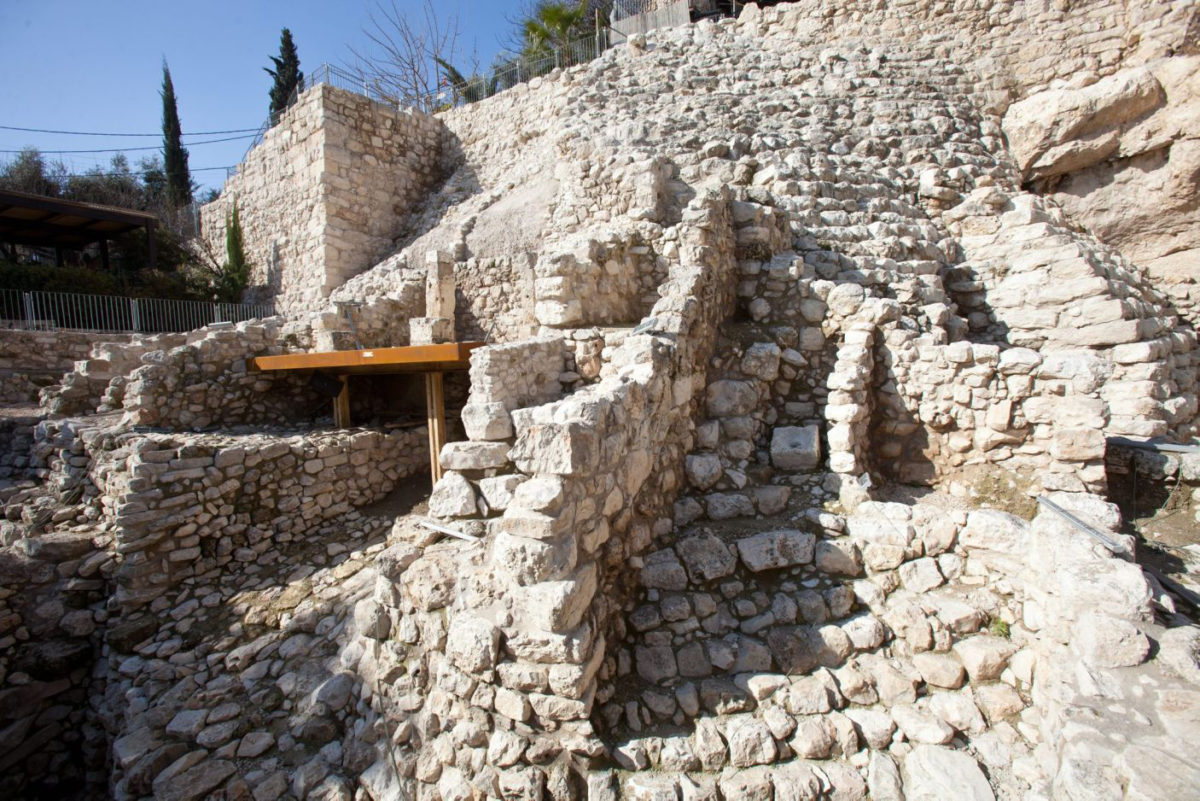 The study has broader implications for archaeology

Over the last 25 years many scholars have questioned the existence of the kingdom of David and Solomon, which was supposed to have existed in the 10th century BCE. This was based to a large extent on the lack of evidence of royal construction at the heart of the region in which the kingdom supposedly existed. As a result, it was assumed that the rulers at the time were just local chiefs who ruled only over Jerusalem and its immediate surroundings.

Now researchers from Bar-Ilan University in Israel have uncovered new evidence that supports the existence of Israel’s united monarchy and indicate that the Kingdom extended beyond Jerusalem’s vicinity. The findings were recently published by Prof. Avraham Faust and Dr. Yair Sapir in the journal Radiocarbon.

Over the past decade Prof. Avi Faust, of the Martin (Szusz) Department of Land of Israel Studies and Archaeology at Bar-Ilan University, excavated a large residence of the type, known as a “four-room house”, which was destroyed in massive conflagration in the 8th century BCE, during one of the Assyrian campaigns. The residence is located at Tel ‘Eton in the Shephelah (20 km. southeast of the city of Qiryat Gat). This large building had at least two stories and its ground floors extended over some 225 sq. m. Large, high quality ashlar stones were placed in the building’s corners and entrances. The structure was built on the highest part of the mound, on top of deep foundations, using high quality building materials and according to a meticulous plan. Hundreds of vessels and additional finds were discovered within the conflagration. “Surprisingly, radiocarbon dates from within the floor make-up and from within a foundation deposit that was placed below the floor indicate that the building had already been erected in the 10th century BCE, between the late 11th century and the third quarter of the 10th century BCE. This date is in line with other finds related to the construction, like the foundation deposit itself,” says Prof. Faust. Faust and Sapir say that construction of such a large residence on the top of the mound, visible from a great distance, along with the significant growth of the size of the city at the same time, was an important event in the history of Tel ‘Eton.

But who initiated the change? The researchers say that the evidence hints at the identity of the builders. The mere fact that the residence was built as a classical four-room house, a style that was very dominant in Israelite sites and missing or rare at Canaanite and Philistine sites, seems to send a clear message regarding the identity of the builders – the emerging Israelite polity in the highlands.

Interestingly, however, the site was not destroyed during the changes, and new construction and development were apparently not a result of a conquest and the arrival of new population. Thus, while the transformations were inspired by the highland kingdom, the development was done in cooperation with the local population. This is also indicated by the combination of the highland, Israelite-inspired architectural style, along with the use of the Canaanite tradition of placing foundation deposits below the floors.

The finds are indicative of impressive public construction underway already in the 10th century BCE, and even on the use of ashlar stones in the region of Judah at this early stage. When the finds from Tel ‘Eton are combined with those at other sites in the region, the process in which the highland polity took over the Shephelah, and gradually colonized it, can be reconstructed.

Faust and Sapir stress that “the association with David is not based on direct archaeological evidence, but solely on circumstantial grounds”. The source of the changes at Tel ‘Eton (i.e,. the erection of the four-room residency and the growth in size of the site) appears to be in the highlands, and since these changes took place at the time when David was supposed to have existed in the highland, the link is plausible.” They add that “if someone thinks that there was no king by the name of David, we should find another name to call the highland king in whose time the region was incorporated into the highland kingdom”.

Beyond the identification of social complexity in Judah already in the 10th century BCE, the study has broader implications for archaeology. “The finds from Tel ‘Eton indicate that structures can exist for centuries, but the finds reflect their last period of usage. From their long lives – sometimes centuries – very little will be found, and even less will be reported,” says Faust. One of the negative implications of this, he says, is that a series of destructive events following a long period of peace will lead to extensive information on the time of the destruction, but very little on the era that preceded it. “Archaeologists should therefore be careful when they conclude that the rarity of finds from these eras indicates that society was poor, and lacked social complexity.”