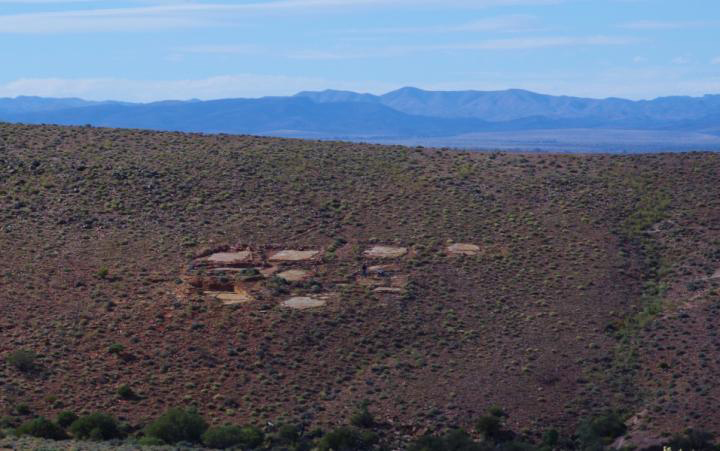 Ancient ocean-dwelling creatures moved on their own

New UC Riverside-led research settles a longstanding debate about whether the most ancient animal communities were deliberately mobile. It turns out they were, because they were hungry.

“This is the first time in the fossil record we see an animal moving to get food,” said study lead Scott Evans, a UCR palaeontology doctoral candidate.

Evans’ team demonstrated that the 550-million-year-old ocean-dwelling creatures moved on their own rather than being pushed around by waves or weather. The research answers questions about when, why and how animals first developed mobility.

The team searched for evidence of movement in more than 1,300 fossils of Dickinsonia, dinner-plate-shaped creatures up to a meter long that lived and fed on a layer of ocean slime.

Details of the team’s analysis were published this month in the journal Geobiology. It found that Dickinsonia move like worms, constricting and relaxing their muscles to go after their next meal of microorganisms.

Dickinsonia were first discovered in the 1940s and since then, scientists have debated whether the fossils showed evidence of self-directed movement. To test this, it was crucial that Evans be able to analyze how multiple creatures living in the same area behaved relative to one another.

Evans and study co-author Mary Droser, a UCR professor of paleontology, reasoned that if Dickinsonia were riding waves or caught in storms, then all the individuals in the same area would have been moved in the same direction. However, that isn’t what the evidence shows.

“Multiple fossils within the same community showed random movement not at all consistent with water currents,” Evans said.

Critically, Evans was able to use fossil communities in the Australian outback unearthed by Droser and paper co-author James Gehling of the South Australian Museum. The duo systematically excavated large bed surfaces containing as many as 200 Dickinsonia fossils, allowing Evans to test whether the groups of the animals moved in the same or different directions, Evans said.

The team also analyzed the directions traveled by individual Dickinsonia.

“Something being transported by current should flip over or be somewhat aimless,” Evans said. “These movement patterns clearly show directionality based on the animals’ biology, and that they preferred to move forward.”

Future studies at UCR will try to determine what Dickinsonia bodies were made of. “The tissues of the animals are not preserved, so it’s not possible to directly analyze their body composition,” he said. “But we will look at other clues they left behind.”

Understanding Dickinsonia’s capabilities offers insight not only into the evolution of animal life on Earth, but also about the Earth itself and possibly about life on other planets.

“If we want to search for complex life on other planets, we need to know how and why complex life evolved here,” Evans said. “Knowing the conditions that enabled large mobile organisms to move during the Ediacaran era, 550 million years ago, gives us a clue about the habitable zone elsewhere.”

That Dickinsonia could move helps confirm a large amount of oxygen was available in Earth’s oceans during that time period, since it would have been required to fuel their movement. In a related study, Evans explored a spike in ocean oxygen levels during the Ediacaran period. Later, when oxygen levels dropped, Evans said that Dickinsonia – and things like them – went extinct.