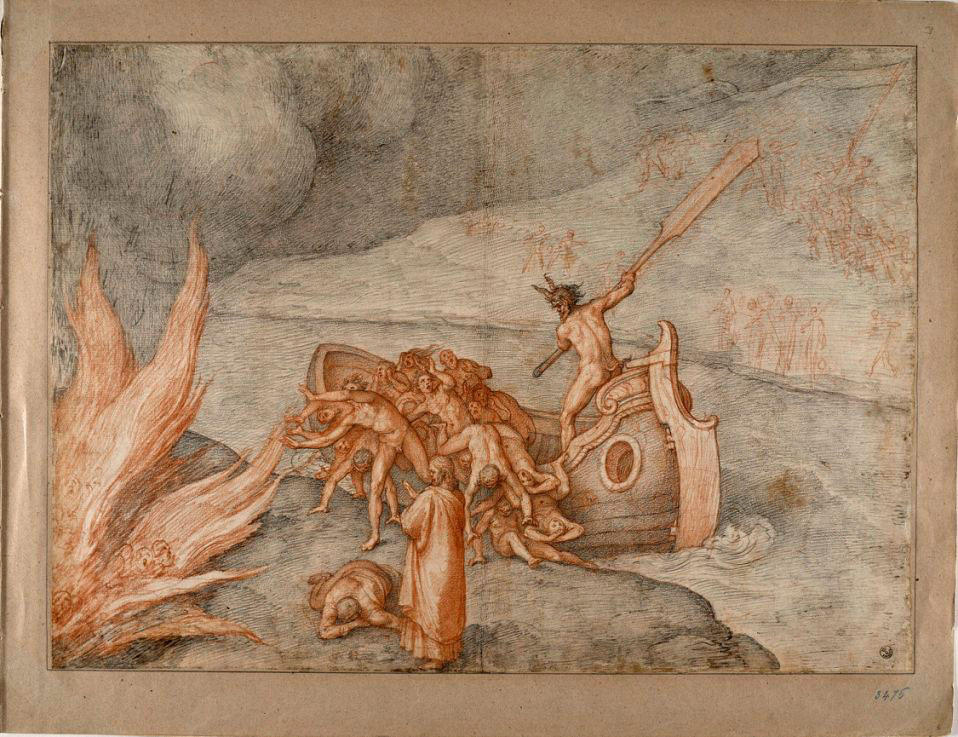 With virtual exhibition of drawings by Federico Zuccari

This year marks the 700th anniversary of Dante’s death in 1321, and throughout the year events will be held in more than 70 cities and villages in Italy in honour of the person who is revered  as the father of the Italian language. The Gallerie Degli Uffizi Museum in Florence did not lose time : it is honouring the poet by a virtual exhibition of rarely seen drawings, inspired by the Divine Comedy, for many years considered one of the most important literary works of all time.

The 88 “illustrations” on the museum’s website were completed between 1586 and 1588 by Renaissance painter Federico Zuccari while living in Spain. Mannerist Zuccari is today best known for his frescoes on the dome of Santa Maria del Fiore in Florence. After his death in 1609, the drawings for the Divine Comedy were first owned by the Orsinis, a family of nobles, for whom the artist had worked and then by the Medicis. The drawings became part of the Uffizi collection in 1738.

The 600th anniversary of Dante Alighieri’s birth was the occasion for a selection of these works to be shown in Florence. This was in 1865 which coincided with the unification of Italy. More than a century later in 1993, the drawings were again displayed in Abruzzo in an exhibition dedicated to Dante. Director of the Uffizi Eike Schmidt explains that their fragile condition only allows the works to come out of their special cases every five years, unlit and with an adjustable temperature. He also said that many of them “have only been seen by a few scholars”. Now this is the first time the collection of these drawings is presented in its entirety!

The director of the Florentine Museum described the works as “valuable material not only for those who do research but also for those who are passionate about Dante’s work and are interested in seeking for, as Alighieri says, ‘virtue and knowledge’”.

The virtual exhibition is called “A riveder le stelle (to behold the stars again)”, a reference to the last, famous phrase from Dante’s Inferno. On the first day of 2021, Eike Schmidt announced that the exhibition of high resolution photographs of Federico Zuccari’s drawings would be available “free of charge, anytime, to everyone”.

Initially, the works were bound in one volume, and each work was opposite the verse it illustrated. On the internet, they are accompanied by their original captions in Italian, but as informed by the museum’s website, English translations will shortly be available.