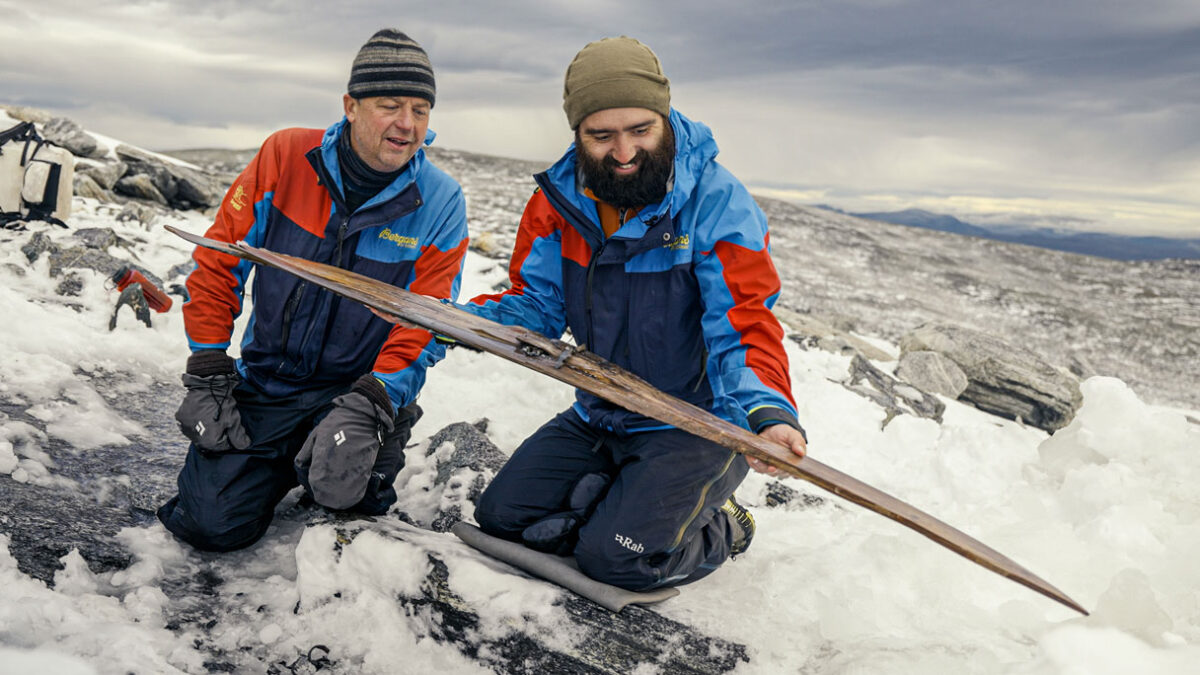 Seven years ago, archaeologists unearthed a lone wooden ski on Digervarden Mountain in southern Norway. Now, the other half of the 1,300-year-old pair has been uncovered, as Andrew Curry for Science magazine reports.

The pair is amongst the best-preserved ancient skis ever found.

The newly recovered ski is 74 inches long and 7 inches wide and in better condition than the one found in 2014; probably because it was buried more deeply in the ice, according to Lars Pilø, an archaeologist with the Glacier Archaeology Program (GAP) in Norway. The new ski shows signs of heavy wear and eventual repairs.

Ski fragments have been found before, but never with their bindings intact.

The skis both feature raised footholds. The leather straps and twisted birch bark bindings found with them would have been attached through holes in the footholds.

As Pilø explains: “The skis are not identical, but we should not expect them to be. (…) The skis are handmade, not mass-produced. They have a long and individual history of wear and repair before an Iron Age skier used them together and they ended up in the ice.”

The fate if the ski owner remains. Did he take them off to go hunting and lost them in the snow? Did he have a skiing accident and was too injured to descend to safety from the frozen heights? Can researchers hope to recovering more items?