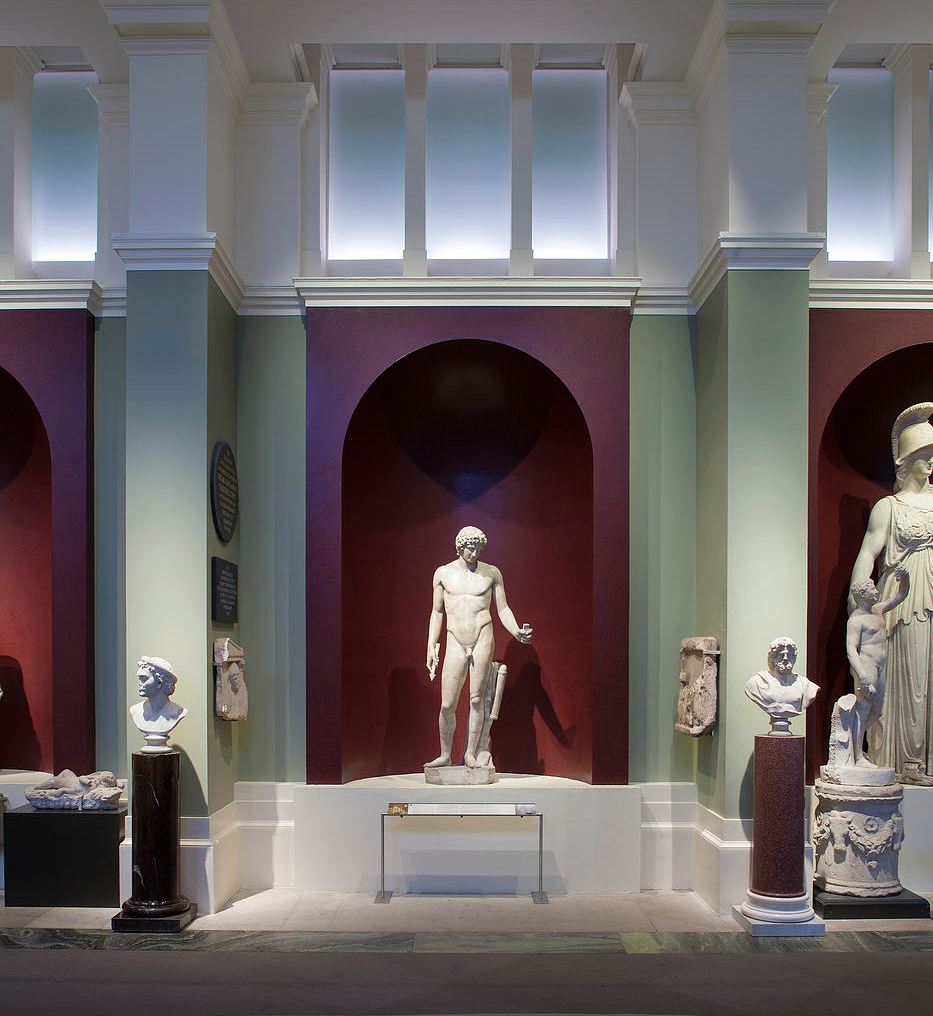 View of the Randolph Sculpture Gallery which houses the Arundel Collection.
21 11 '18 11:22

A Fake at the Heart of the Arundel Marbles?

The Ashmolean Museum’s upcoming public lecture “A Fake at the Heart of the Arundel Marbles?: An Eighteenth-Century Debate Concerning the Parian Chronicle” by Dr. Peter N. Lindfield FSA will be given at 15h00 on Friday the 23 November, 2018 in the Headley Lecture Theatre.

Dr. Lindfield is a Leverhulme Early Career Research Fellow at Manchester Metropolitan University working on forged antiquarian material culture of the Georgian period. He has published on this, as well as on Gothic Revival design and heraldic arts in Georgian Britain.

Over the course of the late eighteenth century, a remarkable debate over the authenticity of the Parian Chronicle—a record of Greek History included in the Arundel bequest to the University of Oxford of 1667—rumbled on. Provoked by Joseph Robertson’s The Parian Chronicle, Or, The Chronicle of the Arundelian Marbles (1788), a number of people replied to and refuted his claim that the chronicle was not from Greek antiquity but a later forgery. This debate drew in, amongst others, Richard Gough as Director of the Society of Antiquaries of London, and also Taylor Combe (1774–1826), keeper of the newly created department of antiquities at the British Museum, London, and later Director of the Society of Antiquaries of London. This debate over the Parian Chronicle is an important moment in eighteenth-century antiquarian study. It highlights how the authenticity of antique fragments was not given at the time, and that, crucially, not everyone could, or did, agree on how to interpret and frame such artefacts. Questioning the chronicle’s authenticity elicited significant and passionate responses.

This debate emerges at a crucial point in eighteenth-century antiquarian study: Britain and British literary and scholarly society had been rocked by the Ossian debate of 1760, and the Chatterton-Rowley debacle from a decade later in 1770, along with Chatterton’s suicide and the publication of his works from 1777. The very public argument over the authenticity of the Parian Chronicle and the consequent perceived impact that it had upon the honour and reputation of the great collector Thomas Howard, 21st Earl of Arundel, who gave the Parian Chronicle as part of the Arundel Marbles to Oxford, is now almost entirely overlooked and a forgotten event in British antiquarian scholarship. Whereas the Ossian and Chatterton cases are well known beyond literary circles, the Parian Chronicle debate has lain dormant and forgotten in modern scholarship.

This talk reconstructs the Parian Chronicle debate, and inserts it within the broader context of antiquarianism in eighteenth-century Britain.

Tea and coffee will be served starting from 14h30.  All are welcome.