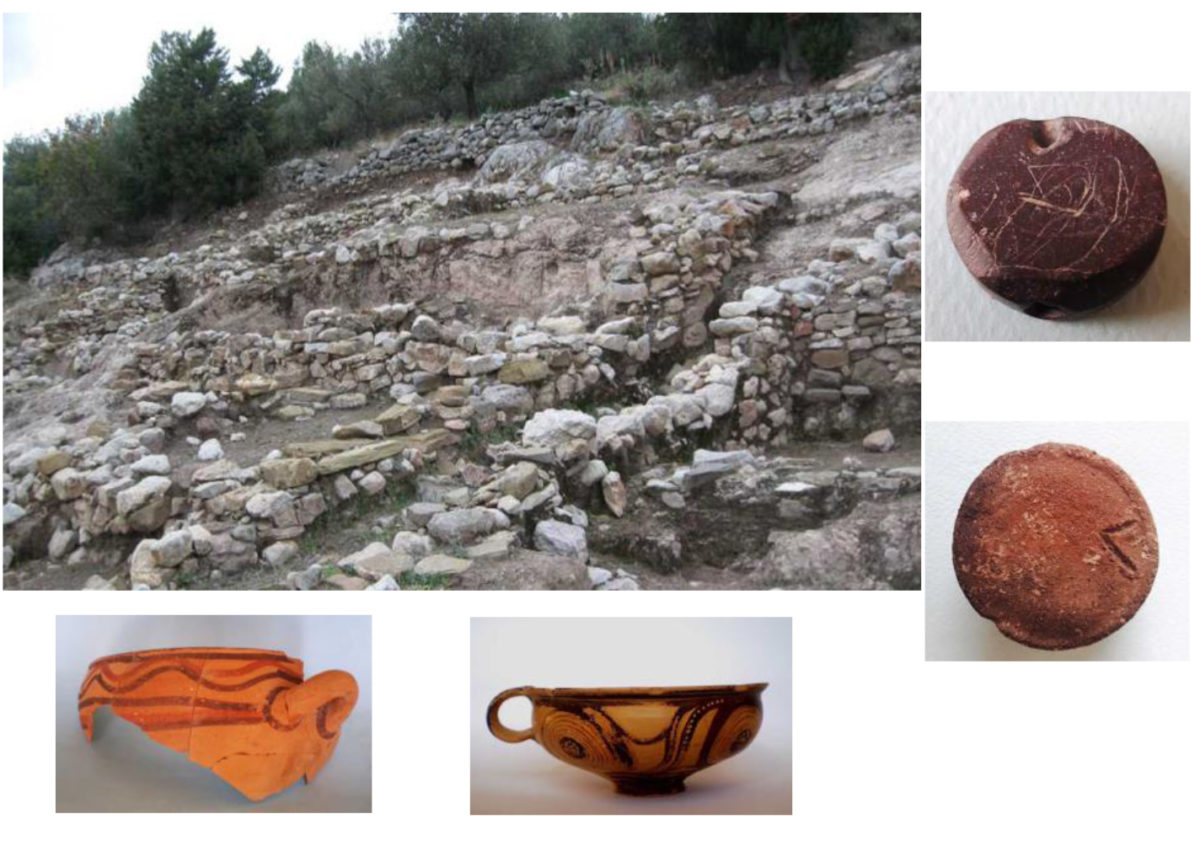 On the hill of Ayios Yeoryios, located on the coast of the modern village Kalloni, ca. 6km NW of Troezen, a MH-LH settlement of special importance came to light during salvage excavations.
19 02 '19 11:20

Eleni Konsolaki (Ephor Emerita of Antiquities) is the speaker of the 5th Mycenaean Seminar, entitled “A MH-LH Settlement of Artisans at Kalloni, Troezenia”. The lecture will be held in Greek.

On the hill of Ayios Yeoryios, located on the coast of the modern village Kalloni, ca. 6km NW of Troezen, a MH-LH settlement of special importance came to light during salvage excavations. Prehistoric habitation here was continuous, from MH III to LH IIIC Early. The excavated structures cover an area of about 800m2 , but the surface remains of the settlement indicate that it extended to a larger area, on the southern slope of the hill. The investigated part of the settlement shows that this was a well-organized prehistoric village.

Evidence for local manufacture of pottery and of lithic artefacts (a large pit filled with clay, misfired vessels, unfinished stone buttons, a half-worked seal, bronze implements, etc.) shows that the settlement was inhabited by artisans, including experienced potters and craftsmen specialized in glyptic art. MH late and Early Mycenaean pottery includes numerous examples of vessels with pre-firing marks, one of them undoubtedly a local product, as it was misfired and thus could not have been an import. Most of the vessels made of coarse or semi-coarse clay display gold mica inclusions; however, this is not considered as a strong proof for their provenance from Aegina, since andesite from Methana may well have been transported here, in order to be crushed and used for local production of gold mica ware.

The settlement was most probably dependent on the major MH-LH site attested at Megali Magoula, Galatas, and identified as Prehistoric Troezen. The three tholos tombs excavated at that site testify to the presence of a thriving ruling elite, from MH-LH to the end of the Palatial period. Τhe prosperity of MHLH Troezen may have provided a good reason for artisans from different areas, including Aegina, to settle in Troezenia and establish a production centre of multifold activities in its territory.