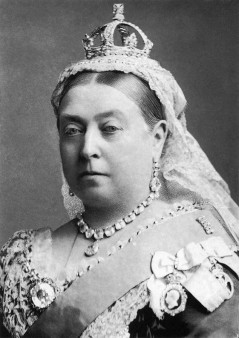 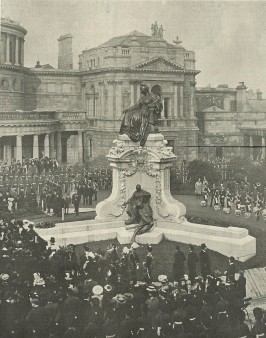 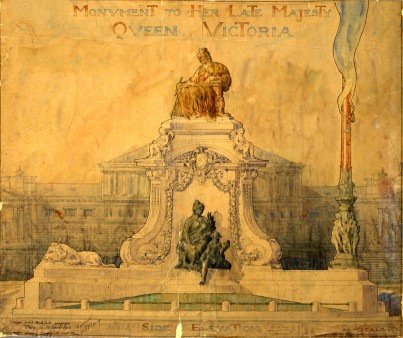 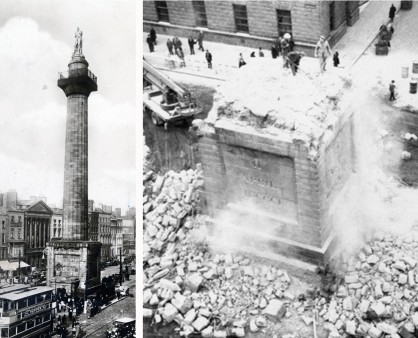 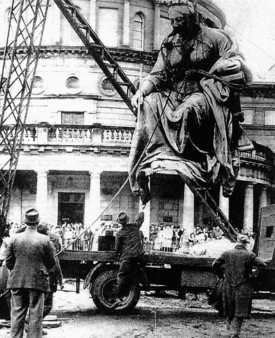 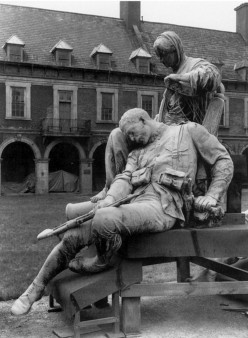 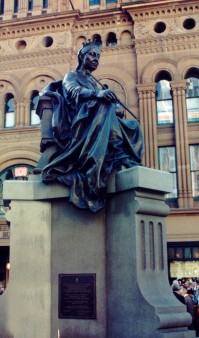 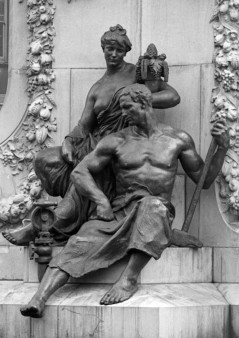 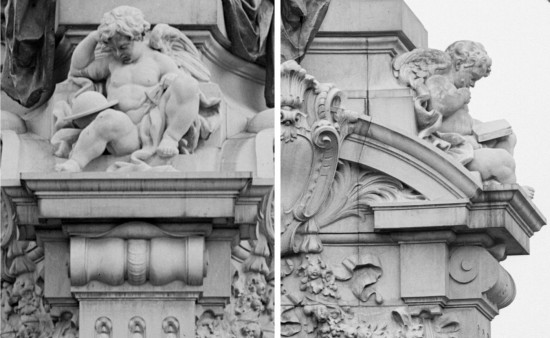 The Queen Victoria Monument in Dublin

NOTES
1. The Irish famine broke out in the summer of 1846 and its consequences in the form of epidemics and extreme poverty included the death of over 1,000,000 Irish and the mass emigration of almost
2,000,000 citizens, decimating almost ¼ of the population. Moreover, the already bad relations of Ireland with Britain deteriorated further and became a serious factor in the Irish demand for independence. According to public opinion, the authorities purposely did not take necessary measures to avoid the famine.
2. Leinster House, originally known as Kildare House was the largest mansion in Dublin. It started being built in 1745 on the designs of the eminent German architect Richard Castle (c. 1670-1751).
3. ‟The Irish Times”, 9.1.1908.
4. It is, moreover, the usual practice of works promoting political power to result by imposing a form, i.e. by transforming the material based on such rules that the community or part of it can engage with the purpose of their, the rules’, semantics (Δημητρίου 2009).
5. This is contrary to the prevailing practice of erecting British symbols in less prominent places. While statues of ‟patriots” were placed on the main roads of Dublin, the monuments of representatives of the crown and British imperialism were placed in more isolated and less public districts, so as to avoid reactions and demonstrations (Murphy 1994).
6. The expression was voiced in a discussion on the monument’s transport, during a meeting of the city council. ‟The Ιrish Times”, 2.10.1943.
7. One of the monument’s main critics was the Irish politician and diplomat Sir Osmond Thomas Grattan Esmonde (1896-1936), who declared that for several years, every time he entered the square, he was displeased by the sight of the monument. On May 20th 1933, following the announcement of its removal, he ceremoniously placed at the foot of the Queen’s statue a wreath made of vegetables accompanied by the inscription ‟ave atque vale” (I salute you and goodbye), inspired by the poem Catullus 101 of the Roman poet Gaius Valerius Catullus. In a subsequent article he justified himself by arguing that his gesture intended to make fun of the sculpted decoration of the pedestal. ‟The Irish Times”, 20.5.1933.
8. One article in the newspaper ‟The Evening Herald” on December 12th 1931,typically wrote that British statues are considered the remaining trophies of a civilization that no longer exists and whoever touches even one of them is ignorant and a vandal.
9. The original height had actually decreased, due to a mistake in construction. ‟The Irish Times”, 2.8.1949.
10. In an article in ‟The Irish Times” (8.10.1934), where there is a reference to the vote on the monuments’ removal, attention is drawn to the large number of works of art that would have to be removed and the change this would bring to urban space. In conclusion the article mentions that perhaps the real objective of the imminent vote is the removal of the Queen Victoria Monument, since a work that is not in accordance with public opinion should be removed from public space.
11. ‟Weekly Irish Times”, 27.5.1933.
12. The proposal for the monument’s removal was passed unanimously at the meeting of the city council, but the removal was cancelled because of the great financial cost. ‟The Irish Times”, 7.9.1943.
13. ‟The Irish Times”, 4.12.1950.
BIBLIOGRAPHY
MOST POPULAR
RELATED