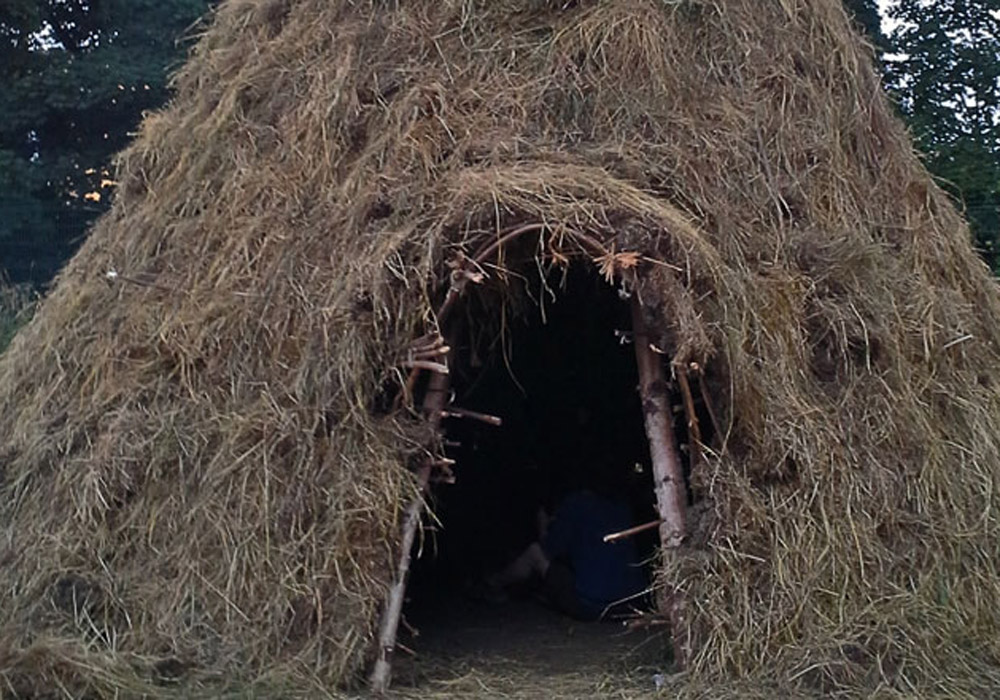 A replica of a 10,000 year old mesolithic dwelling whose remain were located in Mount Sandel, Northern Ireland was built by University College Dublin experimental archaeologists on the University’s Belfield campus.

The circular dwelling, with a six-metre diameter, is based on archaeological evidence from a site at Mount Sandel which dates from 7900-7600BC – this site is the earliest known evidence of human settlement on the Island of Ireland.

During the Mesolithic or Middle Stone Age humans made and used a variety of wooden and stone tools (including stone axes for carpentry), and lived a hunter gatherer lifestyle.

“Our reconstruction of this Mesolithic house is part of the UCD Centre for Experimental Archaeology,” says Dr Graeme Warren, UCD School of Archaeology. “Through experimental archaeology we are working to better understand the past by engaging materially with the sorts of things that people did in the past. At this location we have completed stone working, flint tool production, we’ve made stone axes and fired pottery, and now we’ve built this Mesolithic house.”

The structure will be left to decay so archaeologists can estimate how long this type of building lasted before early settlers decided to rebuild or move on.

According to Dr Warren, this type of experimental archaeological work is important because it provides scientific information about the material worlds in which people lived in the past – information which isn’t available from the surviving archaeological materials alone.