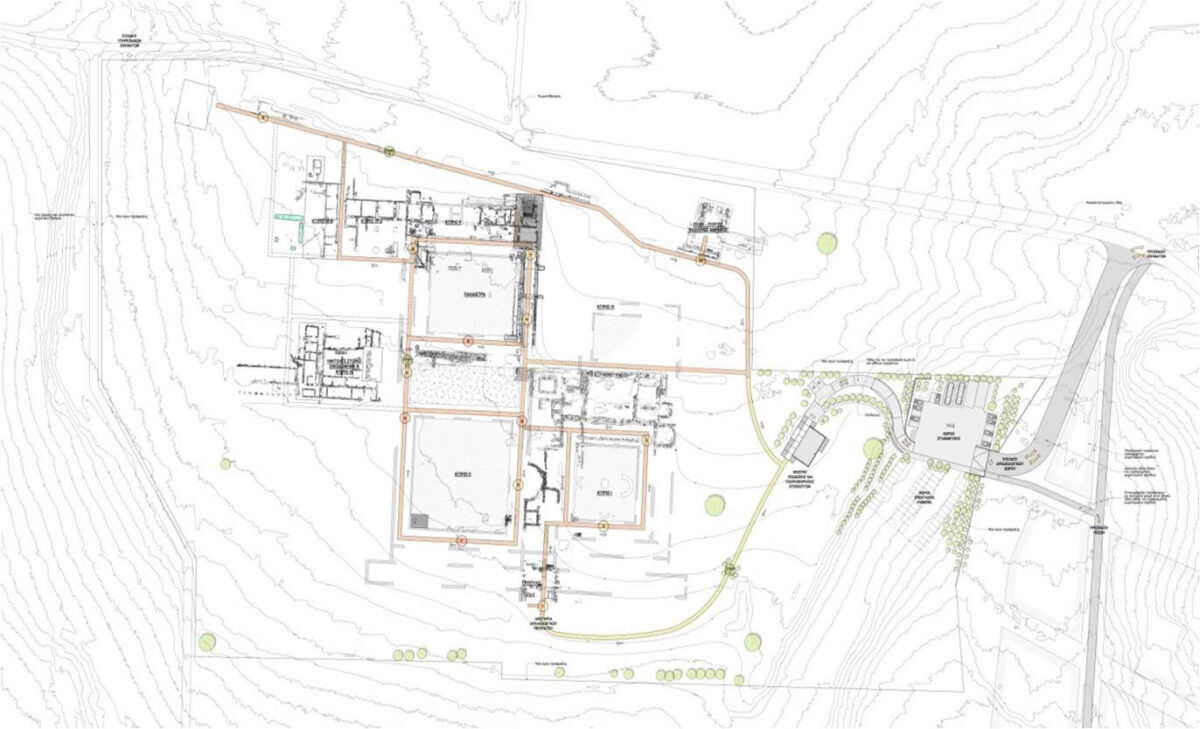 The palace where Alexander the Great was born comes to light

By next summer it will be open to the public

By next summer, it is expected that the palace where Alexander the Great was born in the then coastal city of Pella will be able to receive visitors. It was in this building, part of which had been excavated in 1957 when no one knew it was a palace, that the king of the Macedonians grew up, while in the palaestra situated a short distance from the building, he exercised with the children of the aristocracy and swam in a huge swimming pool.

“The palace had a public character and in it was the chamber where banquets were held and the throne room, if I am allowed to use this expression by analogy” says head of the Ephorate of Antiquities of Pella, Elisavet Tsigarida to the Athens and Macedonia News Agency. She notes that the works at the site are currently in full swing, with funding from the NSRF, and says that if everything goes smoothly, the site can be visited in the summer of 2021.

What visitors will be seeing is the palace’s floor plan, at foundation level, while the Ephorate of Antiquities aims to present a digital tour at the visitors’ reception center expected to have been constructed by 2023. There one will be able to see the digital representation not only of the palace where the Macedonian king was born, but of the entire complex which consisted of seven huge buildings, with inner courtyards, corridors, stairwells and porticoes that were interconnected.

“The total area is around 70 acres. These dimensions can be understood if we take into account that Pella was then the capital of the Macedonian Kingdom. To begin with, the palace was smaller but expanded after the campaign of Alexander the Great. The period from 320 to 250 BC was a time of great prosperity for Macedonia, while the wealth of the palace was also well known. We should not forget that throughout the 3rd and 2nd centuries BC, Pella was the center of the Macedonian Kingdom, one of the most important states of that time” says Ms. Tsigarida.

These were, after all, the reasons why the palace was looted with the help of the Romans who, after the Macedonians’ defeat in 168 BC, came directly to Pella. According to the head of the Ephorate of Antiquities, “the Romans did not destroy the city but looted the palace, where of course there were treasures. They even took the king and his family as slaves to Rome, displaying their triumph. The royal family suffered a cruel fate and the palace was no longer used. The city however continued to exist during Roman times, since the Egnatia Highway passed through there; a road connecting the East to the West”.

Tracing the port of Pella

Meanwhile, archaeologists from the Ephorate of Antiquities are on the trail of the coastline of the port of Pella, where the Macedonians decided to move their new capital, leaving Aigae. Today there may be no sea at Pella, but the sources mention its coastal character. In subsequent years, the landscape changed in the region  and due to the alluvial deposits  from the rivers that transported debris, the protected gulf of Pella was transformed into a lagoon that later became the lake of Giannitsa and eventually dried up.

“We worked for two years and conducted a surface survey at the same time. We archaeologists walk across the entire area to see where we have collected finds and other clues that supply us with evidence. This is research that does not cost anything, but provides us with valuable details. We are also collaborating with expert scientists who, with the necessary equipment, are proceeding with the geophysical survey”, says Ms. Tsigarida. She points out that with this method, which has limited costs compared to the excavation, the machines scan the soil and can detect buried antiquities and the spot where they are situated, without the need for large-scale expropriations.

Archaeologists have already located the coastline of the port of Pella and the islet of Fakos that was opposite and had walls. Now they are trying to understand what had occurred in the first years of the city’s founding at the beginning of the 5th century and the years in which it operated as a port. For this specific function, the head of the Ephorate of Antiquities notes that Alexander the Great’s campaign may have started from the port of Amphipolis, but many of the ships of the Macedonian fleet were built in the port of Pella. Most foreign embassies coming from other regions were also received there, while the port played an important role in the city’s commercial life and the development of the pottery for which Pella became very famous.

More information about the area of coastal Pella, its urban fabric, walls and monuments are expected to emerge from the research project scheduled to begin in early 2021.