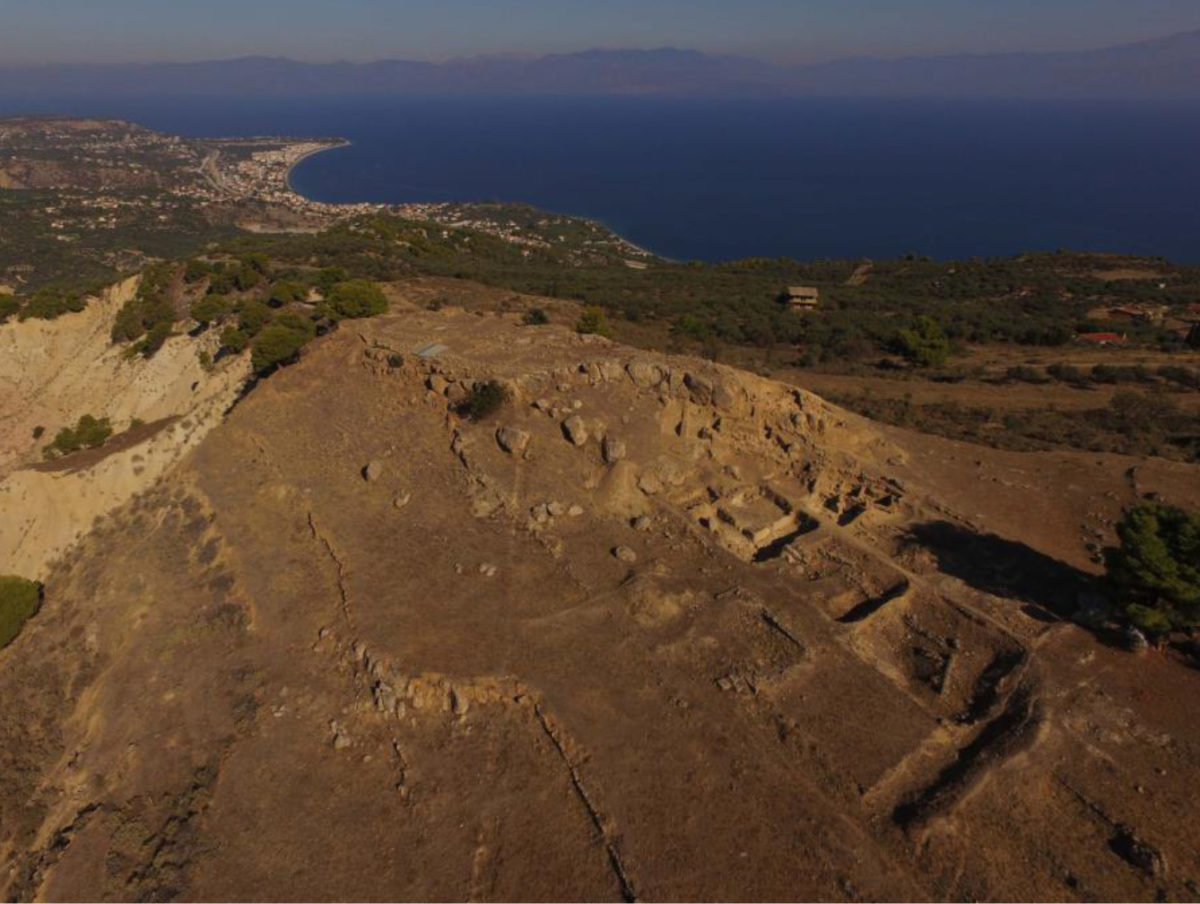 Aigeira was the centre of the prehistoric settlement and a place of a sanctuary from Late Geometric times onwards.
29 01 '18 10:28

Aigeira: The Development of a Prehistoric Centre in Eastern Achaia

Dr Walter R. Gauss (Austrian Archaeological Institute at Athens) will address the topic “Aigeira: The Development of a Prehistoric Centre in Eastern Achaia”. This will be the 3rd meeting of the Mycenaean Seminar.

Aigeira occupied a highly defensible position atop a steep hill close to the Corinthian gulf which was crowned by an acropolis. This was the centre of the prehistoric settlement and a place of a sanctuary from Late Geometric times onwards. Aigeira’s occupational history started in Middle Neolithic times, and extended presumably with a number of hiatuses throughout the Bronze and Early Iron Age.

This presentation aims at a holistic view of the site’s development from Neolithic times to the final stages of the Late Bronze Age with a special focus on research and excavation work conducted at Mycenaean Aigeira between 2011 and 2016.

Excavations in the 1970s and 1980s already showed the importance of the site in the Early and particularly in the Late Bronze Age. The 2011– 2016 excavations stress its growing importance, particularly for the latest stages of the Bronze Age. The remains of a massive fortification wall, parts of which were already exposed in the 1970ies, were excavated at the eastern and southeastern slopes of the acropolis, and are dated to the advanced stages of Late Helladic (LH) IIIC Middle to Late.

This constructional date makes Aigeira to one of the few sites where fortifications were erected that late in the post-palatial times. Furthermore, fortifying the acropolis must have been a laborintensive undertaking, requiring certain degrees of hierarchy, organization, craft specialization, and the manpower from large parts of the LBA Aigeira’s population.

In addition, recent excavations provided for the first time unambiguous evidence that a multiphase post-palatial Mycenaean settlement extended to the area of the lower plateau. Here stratified deposits measured in some places over two meters and have allowed the isolation of multiple phases of LH IIIC ceramic development. In terms of pottery analysis from post-palatial Mycenaean ceramic assemblages, the perhaps most striking feature is the existence of a variety of potting traditions, and particularly the use of coil-based techniques to manufacture a range of typical Mycenaean shapes. Present understanding of the stratigraphic and ceramic sequence from the lower settlement indicates a very similar, if not parallel, development with the sequence achieved at the acropolis proper. Our new excavation results, in combination with the study of the finds from explorations in the 1970s and geophysical research, lead to the well-founded assumption that LH IIIC Aigeira was an extended and important site covering an area of approximately 12,000 m², and the acropolis was certainly the center of it. (Photo: ÖAWÖAI/Christian Kurtze).