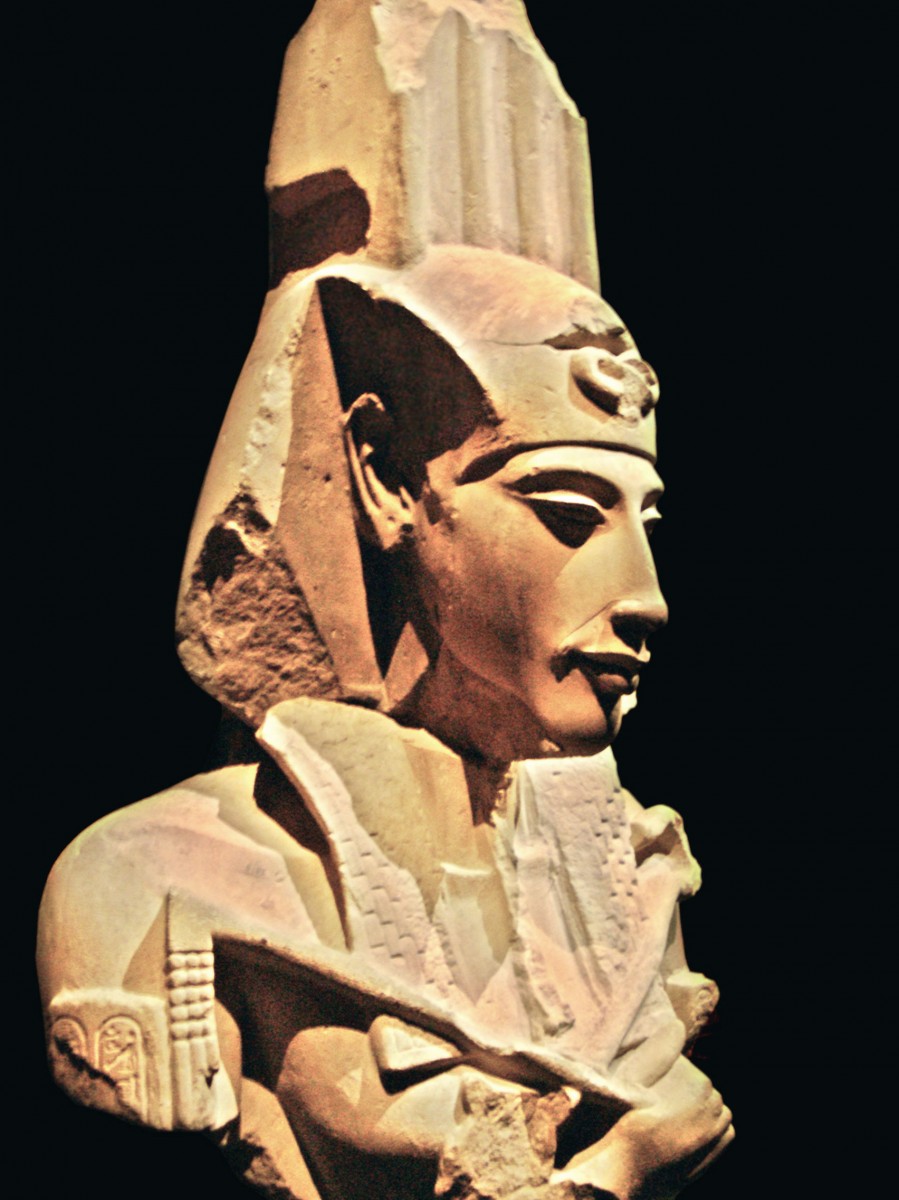 Website
Faraoh Akhenaten in a pillar of remains of Aton temple in Karnak. Actually in Egyptian Museum, in Cairo, Egypt.
04 08 '16 12:54

In a world filled with a pantheon of gods and goddesses, Pharaoh Akhenaten, mid-14th century B.C.E. ruler of Egypt, risked alienation and derision by his own subjects when he decreed that they would worship just one god—the sun disc Aten. Was he a crazy fundamentalist, a zealous ideologue, a true believer, or did politics and power motivate his actions?Egyptian King Akhenaten, meaning “Effective for Aten”—originally Amenhotep IV—reigned from about 1352 to 1336 BCE. In the fifth year of his reign, he moved the royal residence from Thebes to a new site in Middle Egypt, Akhetaten (“the horizon of Aten,” present-day Tell el-Amarna), and there ordered lavish temples to be built for Aten. Akhenaten claimed to be the only one who had access to Aten, thus making an interceding priesthood unnecessary.

Dr. James Hoffmeier (Professor of Old Testament and Ancient Near Eastern History and Archaeology, Trinity Evangelical Divinity School) will give a lecture about “Akhenate and Monotheism”.

The lecture is sponsored by Steve and Karen Shultz.