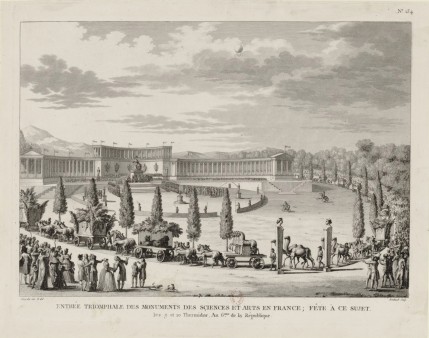 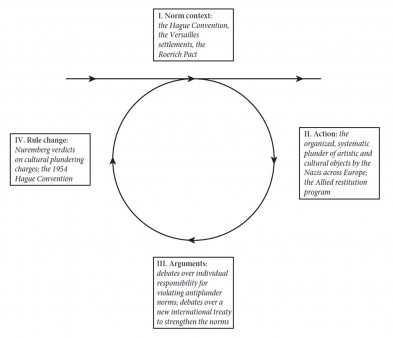 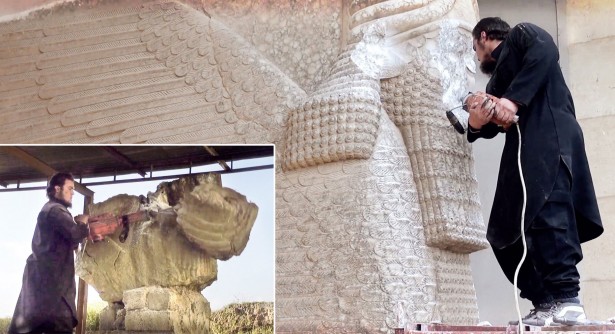 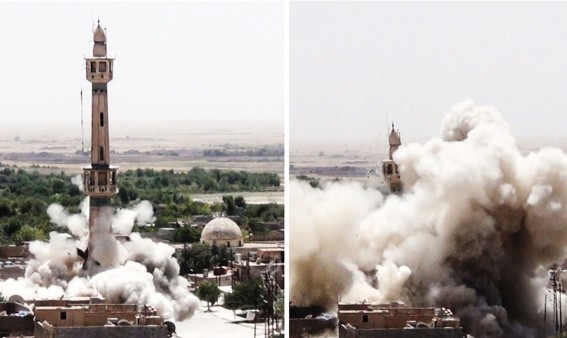 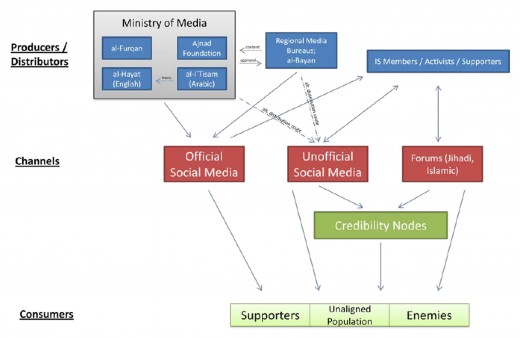 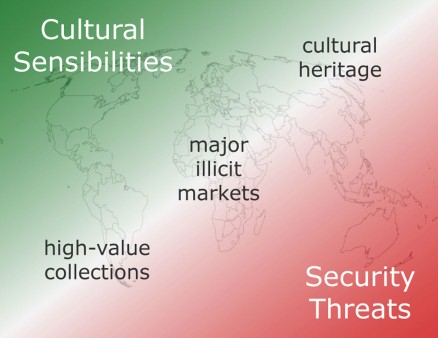 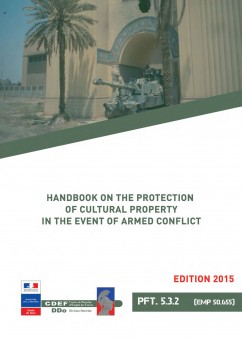 Reactions from the international community

NOTES
1. Erik Nemeth takes delight in the aspects of this development in his article "Cultural Security: The Evolving Role of Art in International Security", Terrorism and Political Violence 19/1 (2007), pp. 19–42.
2. Mary Beard, The Roman Triumph, Cambridge, Mass., and London, Harvard University Press, 2009, pp. 2, 4.
3. In general, up to and including the 18th century, wars between the European powers followed the logic of plunder. See Wayne Sandholtz, Prohibiting Plunder: How Norms Change, Oxford University Press, New York 2007, p. 33.
4. According to the typology of Mac Ginty, who identifies four major categories of looting: economic, symbolic, strategic and selective, and four precipitants: availability of looters, availability of “lootable” goods, absence of restraint, a permissive sociocultural environment. See Roger Mac Ginty, “Looting in the Context of Violent Conflict: A Conceptualisation and Typology”, Third World Quarterly 25, vol. 5 (2004), pp. 857–870.
5. On Napoleonic plunder see Sandholtz, ibid, mainly pp. 49-54.
6. On the role of intellectuals in the government agency for information on works of art, after the Second World War, see Erik Nemeth, "Conflict art: scholars develop the tactical value of cultural patrimony", Cambridge Review of International Affairs 23/2 (2010), pp. 299–323.Specifically on the Nazi mechanism of information on works of art, see Sandholtz, Prohibiting Plunder, ibid., chap. 6. Nemeth argues that the Axis intellectuals developed the tactical value of works of art during the war, while the intellectuals in the Allies’ information services contributed to the awareness of public opinion and of politicians regarding the protection of works of art. Sandholtz focuses on the role of intellectuals in forming the regulatory framework of protection.
7. Βλ. Neal Ascherson, "Cultural destruction by war, and its impact on group identities", in Nicholas Stanley-Price (ed.), Cultural heritage in postwar recovery, ICCROM Conservation Studies 6, ICCROM Forum, Rome 2007, pp. 20–22.
8. On an explanatory timeline of the history of cultural property protection see U.S. Committee of the Blue Shield’, access date 25/2/2016, http://uscbs.org/timeline.html. On an analysis of the above, see Sandholtz, ProhibitingPlunder, ibid, chap. 4.
9. John Henry Merryman, "Two Ways of Thinking About Cultural Property", The American Journal of International Law 80/4 (1986), p. 836.
10. Sandholtz, Prohibiting Plunder, ibid, mainly pp. 177-179, 209.
11. Merryman, "Two Ways of Thinking About Cultural Property", ibid, pp. 841–842.
12. "Report of the Secretary-General on the threat posed by ISIL (Da’esh) to international peace and security and the range of United Nations efforts in support of Member States in countering the threat", UNSC Report S/2016/92 (2016), para. 7– 8.
13. . David Strachan-Morris, "Threat and Risk: What Is the Difference and Why Does It Matter?", Intelligence and National Security 27/2 (2012), pp. 174–176.
14. On Bashar al-Assad’s national policy on museums, see, Kari A. Zobler, "Syrian National Museums: Regional Politics and the Imagined Community", in Helaine Silverman (ed.), Contested Cultural Heritage, Springer, New York 2011, pp. 171–191.On respective policies of Saddam Hussein, see Magnus T. Bernhardsson, Reclaiming a Plundered Past: Archaeology and Nation Building in Modern Iraq, University of Texas Press, Austin 2010, pp. 215–216.
15. Claire Smith et al., "The Islamic State’s Symbolic War: Da'esh's Socially Mediated Terrorism as a Threat to Cultural Heritage", Journal of Social Archaeology, 2015, p. 10.
16. Ibid, p. 11.
17. UNSC Report S/2016/92, para. 26.
18. Ibid, para. 4.
19. Smith et al., "The Islamic State’s Symbolic War", ibid, p. 11.

20. Salafism is primarily a theological movement of Sunni Islam that declares God’s uniqueness and focuses on the eradication of idolatry and the purification of faith. ISIS adopts an extreme interpretation of Salafism, known as Wahhabism, which among other things, makes provision for the destruction of tombs and temples and adopts aggressive jihad, which according to Wahhabi tradition, is based on eradicating idolatry wherever that may be. See Cole Bunzel, "From Paper State to Caliphate: The ideology of the Islamic State", The Brookings Project on U.S. Relations with the Islamic World, Center for Middle East Policy Analysis Paper, 19 (2015), pp. 8, 10.
21. For example, the British jihadists, some of which are second generation Muslims feel they are "inbetweeners", not belonging entirely either to the culture of their parents , or to British culture. ISIS offers them a new territorial and cultural area in Syria, where they can easily belong as "young Syrians."See Halla Diyab, "ISIS wages cultural warfare on Syria’s heritage", Al Arabiya English, 12/8/2015, http://ara.tv/gz64v.
22. To reduce the value of these places to such as extent that the outside world has no interest in being there and for ISIS to continue to find support in these areas. See. Graciela Noemi Gestoso Singer, ‘ISIS’s War on Cultural Heritage and Memory’, Museodata-Heritage, 2015, p. 3.
23. Βλ. Bunzel, "From Paper State to Caliphate: The ideology of the Islamic State". On the historical confrontation of Salafism with Shiism (p. 9) on the assessing of Ayman al Zarqawi, founder of ISIS, of the Shiite threat and his plan for tackling it (pp. 10, 11, 14).
24. "Erasing the legacy of a ruined nation", Dabiq issue 8 (n.d.), p. 24.
25. "Healthcare in the Khilafah", Dabiq issue 9 (n.d.), pp. 24, 26.
26. UNSC Report S/2016/92, para. 4–12.
27. "Strategy for Reinforcing UNESCO’s Action for the Protection of Culture and the Promotion of Cultural Pluralism in the Event of Armed Conflict", 2015, para. 2–4.
28. That is, the deliberate targeting of individuals and groups based on their cultural, ethnic or religious beliefs.
29. That is, depriving access to heritage both material (historical monuments, religious buildings) and intangible (customs, traditions, beliefs).
30. "Strategy for Reinforcing UNESCO’s Action", para. 6.
31. UNSC Report S/2016/92, para. 77.
32. "Strategy for Reinforcing UNESCO’s Action", para. 4.
33. "UNSC, S/RES/2199", 2015.
34. Vincent Négri, "Legal study on the protection of cultural heritage through the resolutions of the Security Council of the United Nations - Cultural heritage through the prism of resolution 2199 (2015) of the Security Council" (UNESCO, 2015), pp. 1, 5.
35. Ibid, p. 6.
36. On 26.02.2016, the first memorandum of understanding between UNESCO and the Red Cross, for a six year duration, incorporates the protection of cultural assets in humanitarian action. It aims to rescue them from risk areas in case of conflict and exchange information on violations of UNESCO contracts. See "Memorandum of Understanding between UNESCO and ICRC", 2016.
37. The 1954 Hague Convention, (articles 7, 25) specifies that in their military regulations, Party States must make provisions for the protection of cultural property in times of war and indeed, Austria, Belgium, Italy, France, Switzerland have done so. See "Training for the military", date of access 21.2.2016, http://www.unesco.org/new/en/culture/themes/armed-conflict-and-heritage/training-for-the-military. The UNESCO strategy aims (article 31) to further cooperate with the army on the basis of the MINUSMA peacekeepers, whose order had been, among others, to protect the Mali cultural sites (UNSC Resolution 2100/2013). See. "Cultural Heritage", MINUSMA, access date 15.2.2016, http://minusma.unmissions.org/en/cultural-heritage. Moreover, Federica Mongkerini, High Representative of the EU for ESDP issues, when talking about the new European strategy for culture in the EU foreign affairs, heralded an impending partnership with UNESCO to establish a rapid response mechanism to protect cultural heritage. See. "HRVP Mogherini highlights the key partnership with UNESCO at the 2016 European Culture Forum in Brussels", 21.4.2016, http://www.unesco.org/new/en/brussels/about-this-office /single-view /news/hrvp_mogherini_highlights_the_key_partnership_with_unesco_at_the_2016_european_culture_forum_in_brussels#.V0VDbeSiUxg .
38. UNESCO is processing to what degree the deliberate destruction of cultural property in times of war, as a war crime, could be part of the framework ‟responsibility to protect”, not as an extension of the field, but rather as an aspect of it which must be highlighted. See. "Expert meeting on the 'Responsibility to Protect' as applied to the protection of cultural heritage in armed conflict", UNESCO Final Report (Paris, 27.11.2015), p. 7.
39. Apart from including the protection of cultural heritage in humanitarian actions, security strategies and peace-building processes, the strategic objective of UNESCO is the development of skills within communities mainly through awareness. See. "Strategy for Reinforcing UNESCO's Action", para. 12, 16, 25.
BIBLIOGRAPHY
MOST POPULAR
RELATED