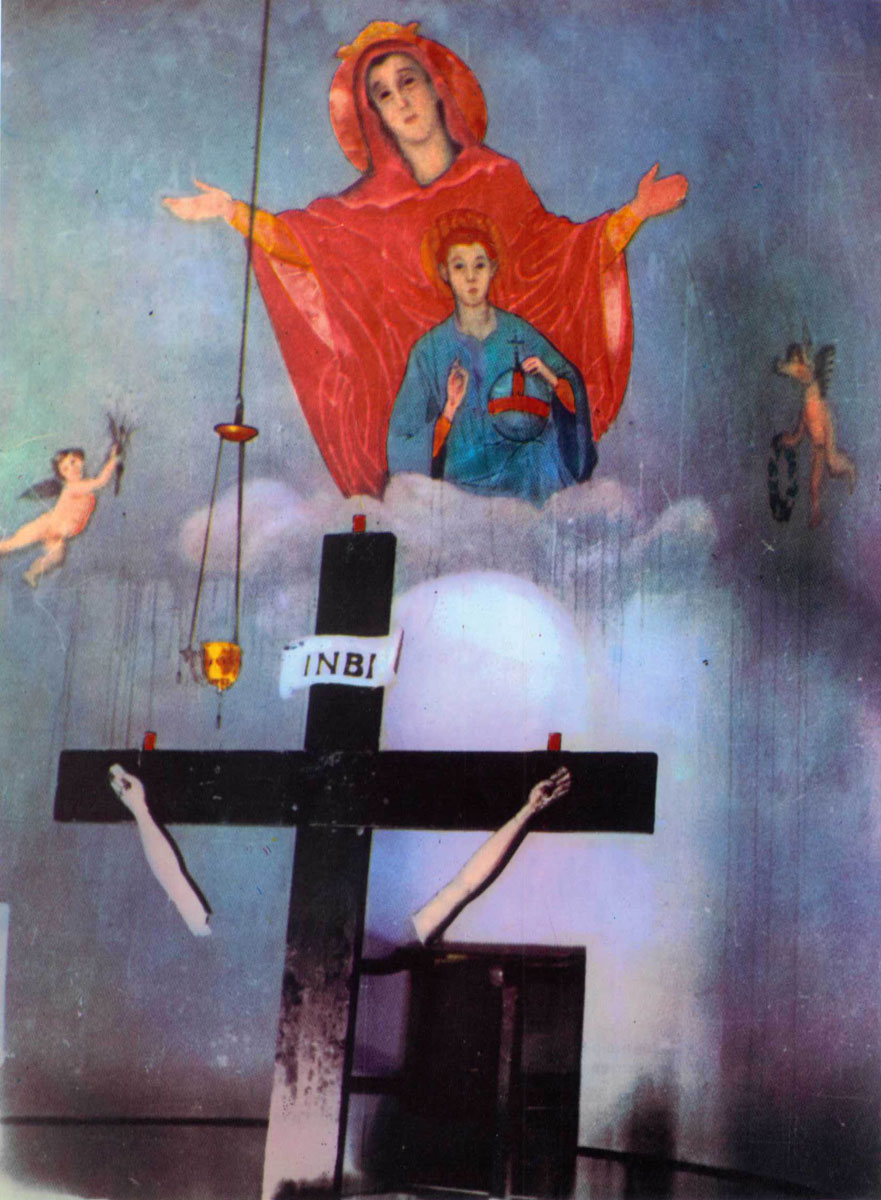 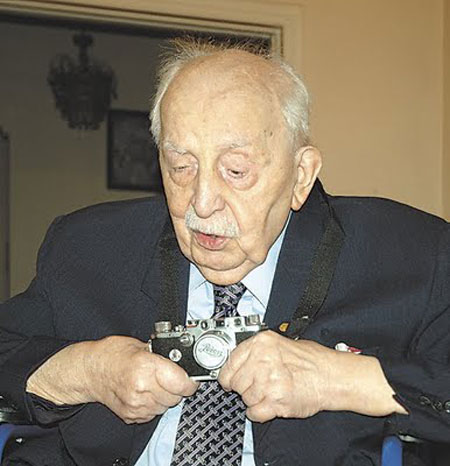 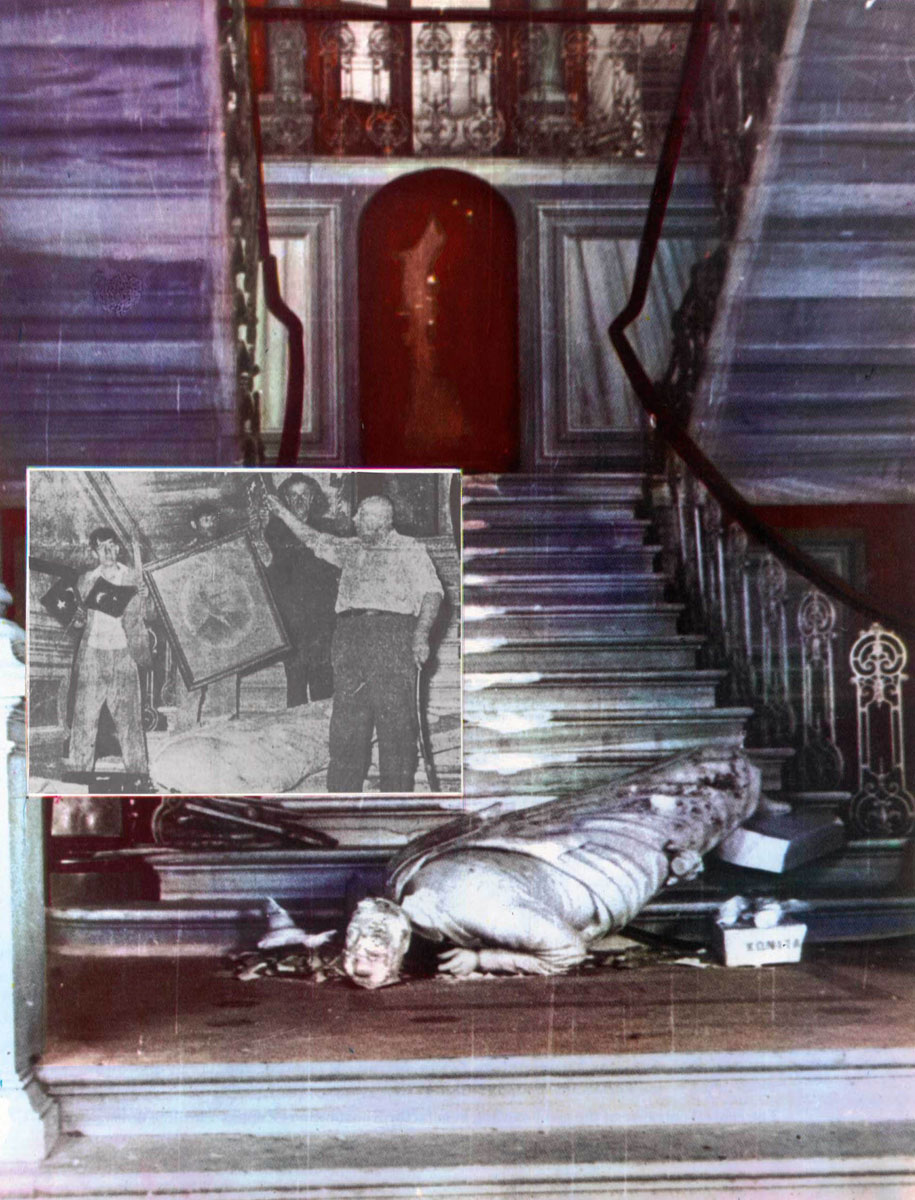 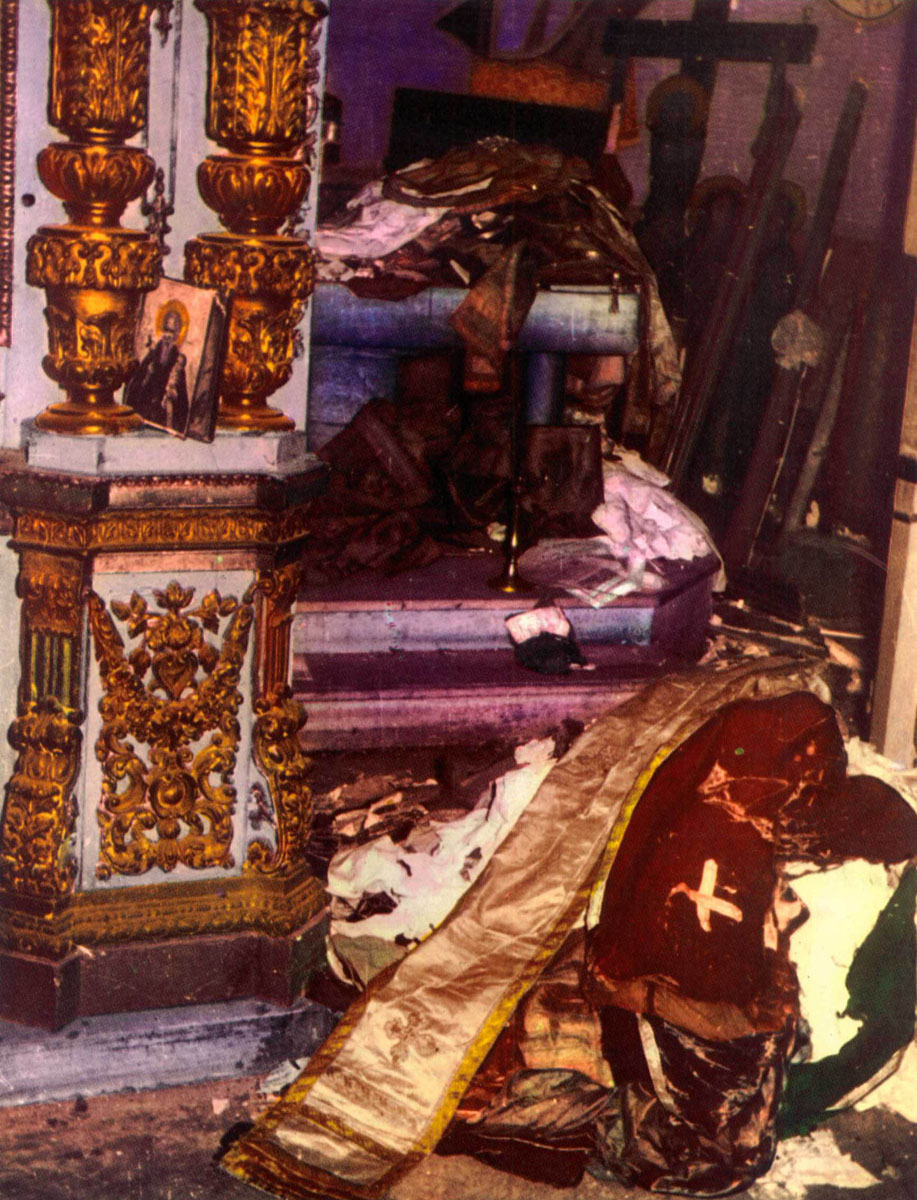 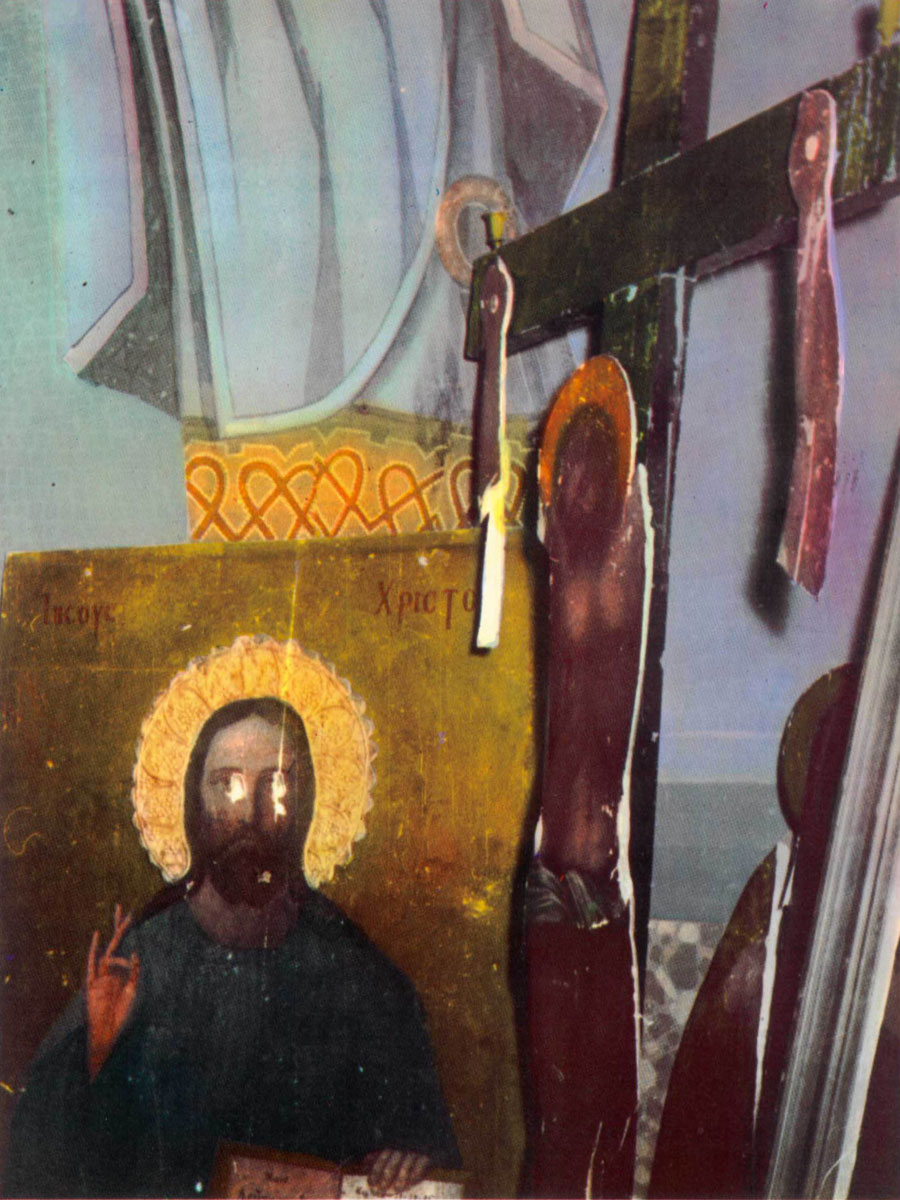 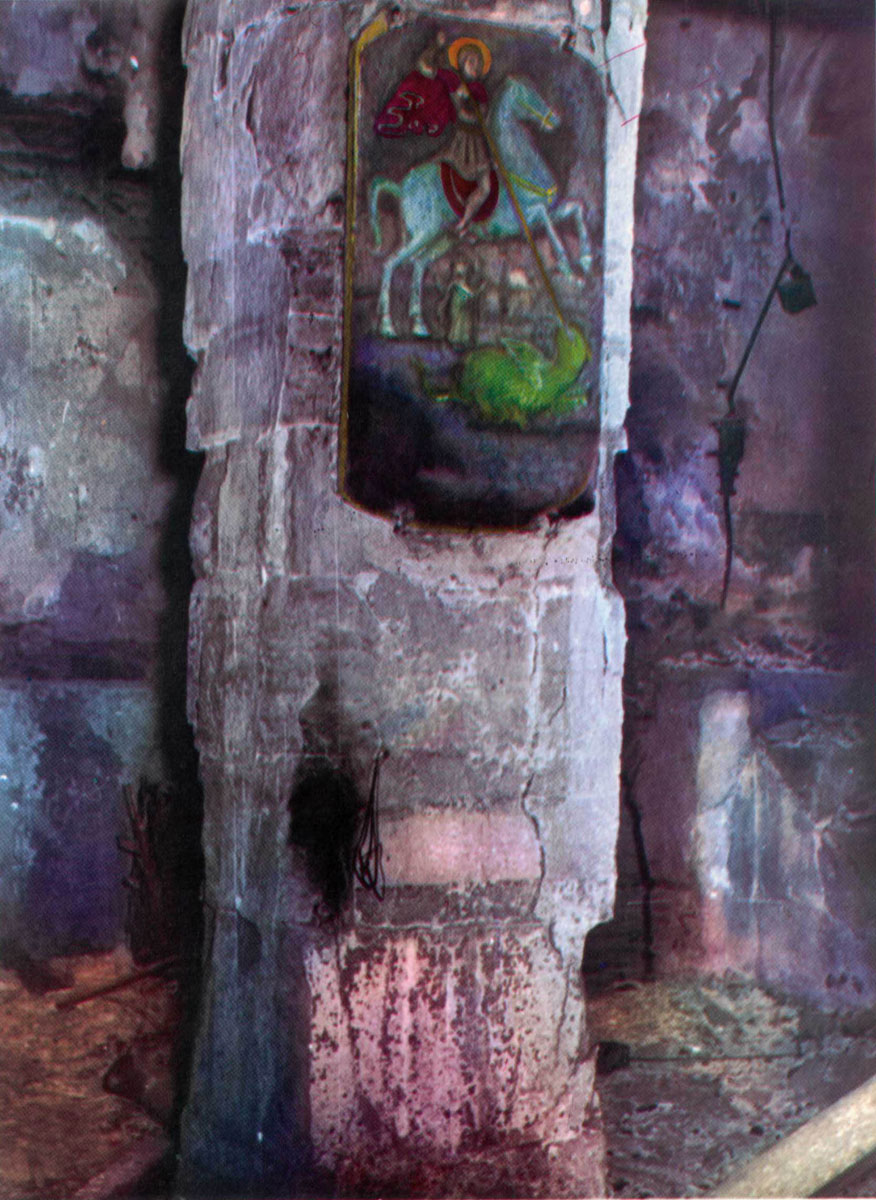 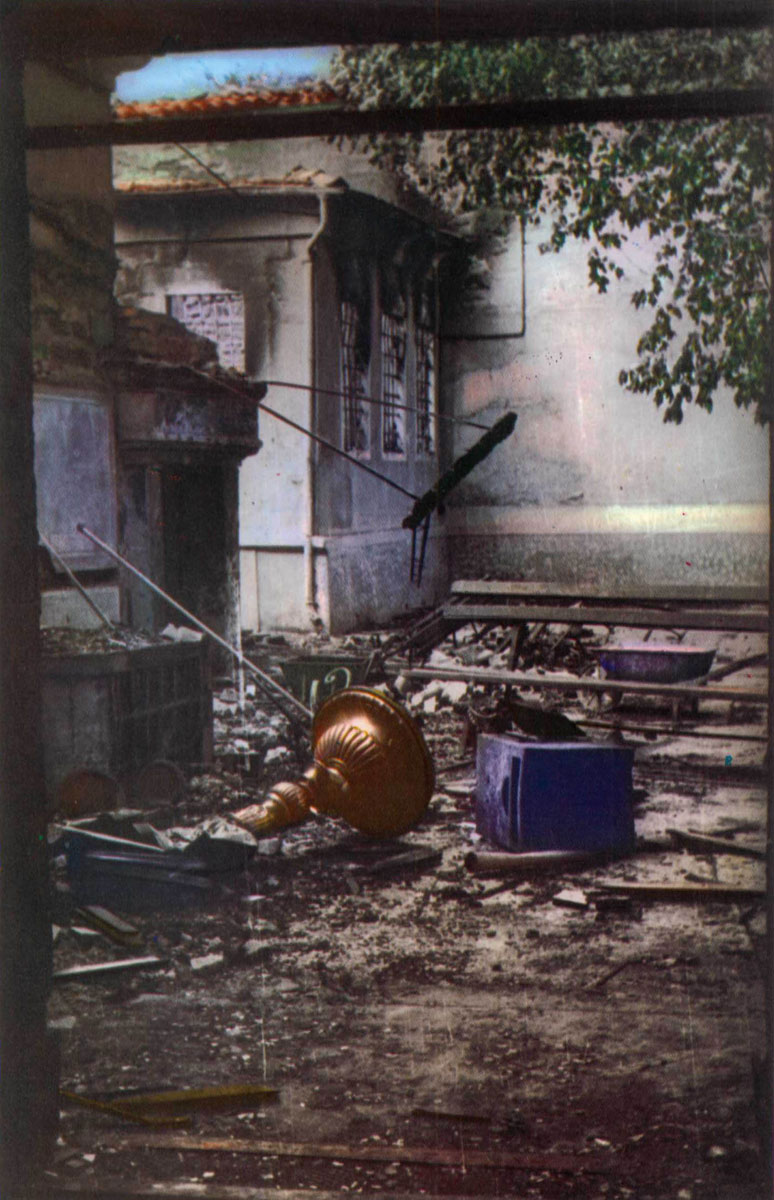 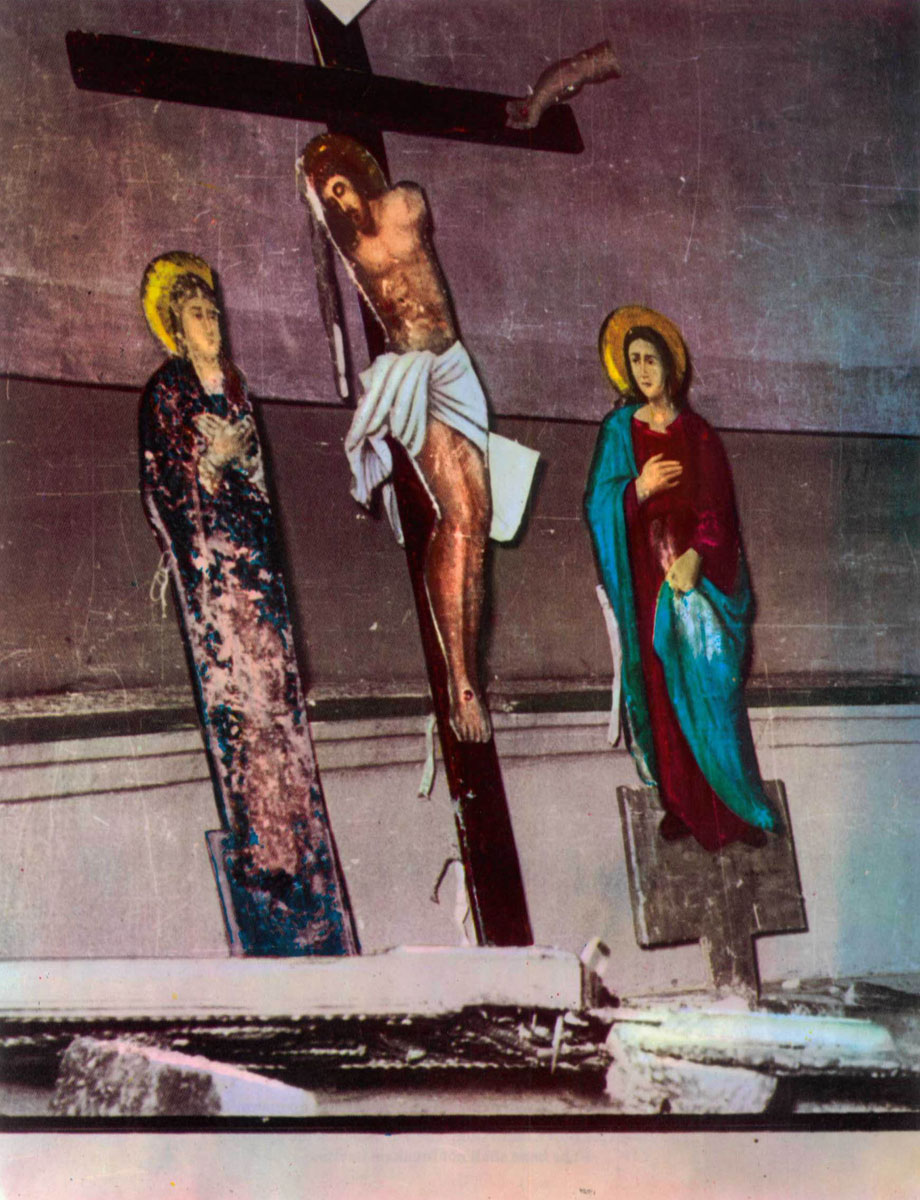 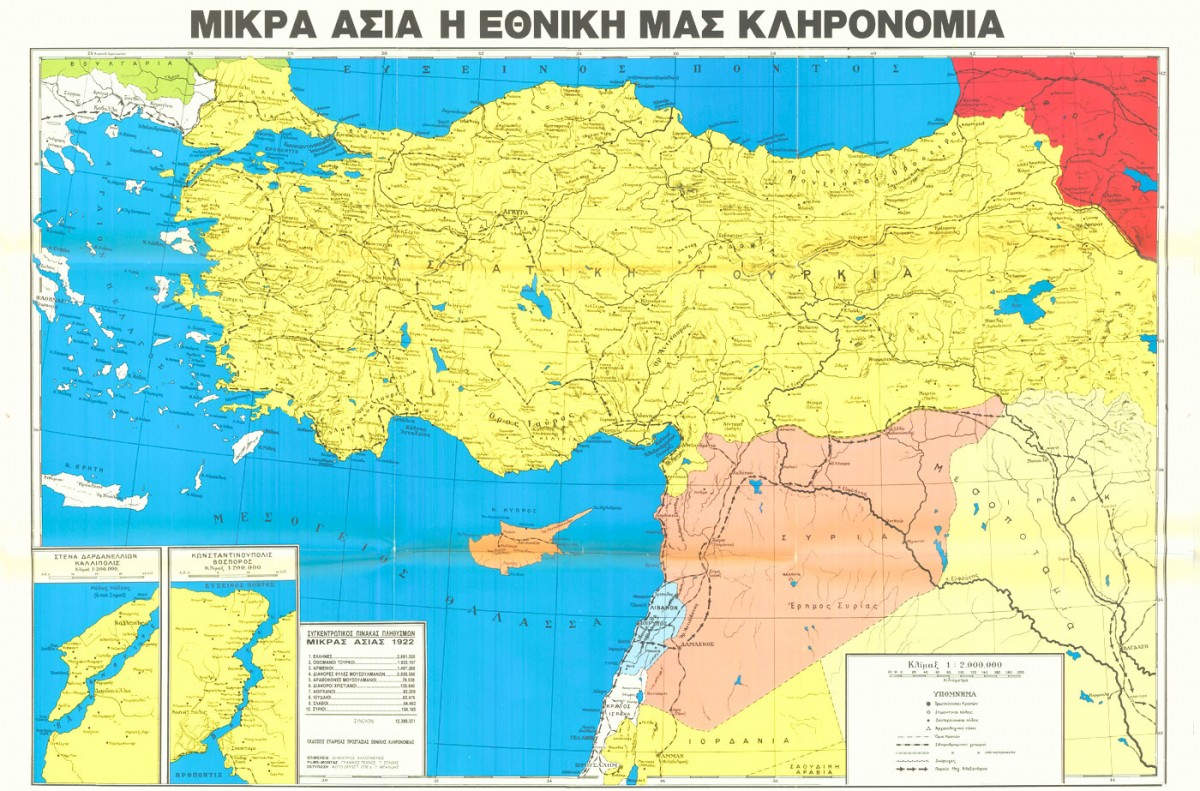 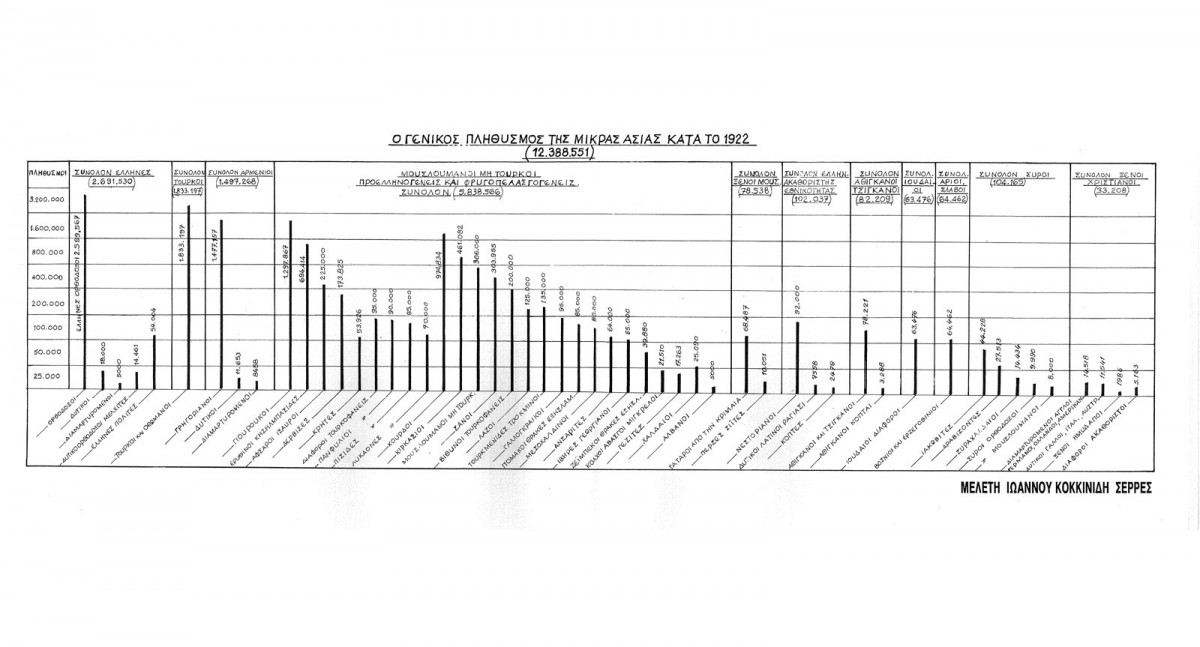 A patriarch of Photography

Dimitrios Kaloumenos was one of the greatest figures of Greek photojournalism, known to the journalist community by his nickname “the man from Constantinople”. He was born in Constantinople in 1912 and his parents were from the island of Tinos. His father’s family originally came from Ktikados and his mother’s from Stene in Tinos. While still at school he experienced the events of the First World War, the Asia Minor Catastrophe and the gradual dwindling of the Greek population of Constantinople.

Having graduated from the Zographeion High School he showed a particular talent for journalism. In 1933 he was taken on by the Newpaper Agency of Constantinople. After 1940 he collaborated with regional newspapers in Constantinople as well as being a correspondent of the “Ethnos” and “Macedonia” newspapers.

Dimitrios Kaloumenos came from a family of photographers. His father Petros had been initiated into photography since 1890. His uncle Matthaios had been a professional photographer since 1900 and already, in 1918, he ran, jointly with some Italian, a big shop called “Photo sport”. In 1924 he established the biggest photography studio in Turkey , the “Fotolumiere” representing English, French and German factory brands.

Having taken his first photography lessons from his family, D. Kaloumenos was employed in 1940 by the Patriarch Benjamin as photographer of the Ecumenical Patriarchy, while in the days of Athenagoras I (1940-58) he was the official photographer and journalist of the Patriarchal Court. He captured with his lens a series of landmark events in the history of Hellenism and of our neighbouring country Turkey. Official visits were depicted as well as portraits of patriarchs, public buildings, churches, sacred relics and landscapes. Events, such as the Bulgarian schism, that had disrupted the life of the church were also recorded.

“Photography is not just a pleasant activity. I believe it to be the science of the eternal” D. Kaloumenos recounts. “Nowadays everything is easy. Back then you had to be a chemist, to know which liquid to use for the film, the paper, to check the temperature. It is marvellous, though, when an image starts forming on the white paper you put in the basin”.

From 1948 he was Head in Constantinople of the Agency for the Distribution of the Athenian Press. He was also correspondent for the German magazine “Photo-Magazin”. While living in Constantinople, he was correspondent, from 1936, of many Greek newspapers in Athens and Salonika, specifically over sixteen years for the “Ethnos” and the “Macedonia” newspapers.

The most important of D. Kaloumenos’ documents was the recording of the Turkish attack on Constantinople on the 6th and 7th of September 1955, when twenty two people were killed, thirty seven churches were set fire to, sixty seven more were destroyed, as well as schools, two thousand houses and four thousand Greek shops. Despite the imposition of martial law banning the taking of photographs, D. Kaloumenos managed to take thousands, using a Leica camera still kept by his family as a memento. “I was so well trained in the technique of photography that I could take pictures very quickly, without even raising the camera to eye level” he remembers today. Four hundred of these are included in the album The Crucifixion of Christianity for which Kaloumenos received an award from the Academy of Athens.

D. Kaloumenos was the first to take colour photographs in Turkey, using the technique established in 1951 in Leverkusen, Germany. Kodachrome, the first colour film that could be rewinded, had been distributed by Kodak in 1936. However it was not till after 1951 that a standard procedure in the printing of colour photographs became possible.

A devotee of technology, D. Kaloumenos always used state of the art cameras of his day, such as a Roleflex, a Blaubell with Leica enlargers and Quaim Hunter filters. He even taught photography at the School of Theology. “Many of today’s metropolitans have learnt from me how to take a still and wash film”.

He was also actively involved in journalism as a collaborator in the Press offices both of the British Embassy (1941-1948) and the Greek Consulate (1943-1958) in Constantinople. He served as head of the News Agency of Constantinople (1948 -1958). However, what particularly bothered the Turkish authorities was his status as a journalist and his having photographed the events of the 6th and 7th of September 1955. So in 1957 he was arrested by the regime in Ankhara and imprisoned for the third time in his career. He was tortured and then expelled, charged as “an enemy of Turkish Democracy”.

After his expulsion from Turkey on the 28th January 1958, he settled in Athens where he collaborated with the “Ethnos”, “Vima” and “Macedonia” newspapers, while becoming very active in the “Association of Persons Expelled from Turkey” and the “Society of Persons from Imvros-Tenedos – Constantinople and Eastern Thracians of Komotene” founded by refugees. Kaloumenos was a founding member of both the above and their honorary president. He was also a founding member of the Lourideion Foundation “Memories of Constantinople” where he created a photographic department with a dark room, to which he donated a great number of books from his library. He was a founding member and member of the board of Directors of the Society for the Protection of National Heritage, founded in 1975 and housed at the Mansion of the Union of Persons from Constantinople. As a representative of the Society he has given many interviews to the Press, as well as on radio and television. He also edited the Society’s book: Asia Minor; The sacred place of the Greeks, under Turkish occupation (1996).

He was a member of the Journalists’ Union of the Athens Daily Newspapers (ΕΣΗΕΑ) and continued working as a professional photographer until 1975.

The thousands of black and white and colour photos that D. Kaloumenos brought back with him, enriched the archives of various societies of persons from Constantinople. He donated his photographic archive of the events of the 6th and 7th September 1955 to the Ministry of Foreign Affairs. For 12 years, 400 photos measuring 30×40, depicting the uprooting of the Greeks of Asia Minor and Constantinople, were displayed in a exhibition that toured the whole of Greece, mainly in army training camps.

In 1974, he created the Office for Turkish Affairs in the Press Office of the Ministry of the Presidency and was in charge of running it till 1994. He himself often participated as photographer in the Office’s assignments abroad.

He had a great love for the island of Tinos and in 1975 published a historical, geopolitical and tourist map in colour of the island with a summary of its history and with historical and geographical references.

He edited the map “Asia Minor, our national heritage” with a table summing up the number of the Asia Minor population in 1922, published by the Society for the Protection of National Heritage.

For his services to the Hellenism of Anatolia he was awarded by the Academy of Athens (1979), the Ecumenical Patriarchy, the Army’s General Staff, the Foundation of Panagia Soumela Monastery, several societies of Constantinople, while being voted corresponding member of the Byzantine Studies Society.

He wrote a series of books which include Τα τραγικά γεγονότα της 6-7 Σεπτεμβρίου εις την Κωνσταντινούπολιν [The tragic events of the 6th and 7th September in Constantinople], Η συρρίκνωσις του ελληνισμού [The shrinking of Hellenism], Από το δράμα των απελάσεων [Scenes from the drama of Expulsion], Ο ξεριζωμός του ελληνισμού [Τhe uprooting of Hellenism], Η Σταύρωση του Χριστιανισμού [The Crucifixion of Christianity] from which are taken the photographs that accompany this article.

* This article has been written after many discussions with Dimitrios Kaloumenos some years ago. I had decided, for some time now, that it was my duty to try to record, preserve and pass on to the next generation whatever relates to the island of Tinos, the place of my birth, that must not be forgotten.