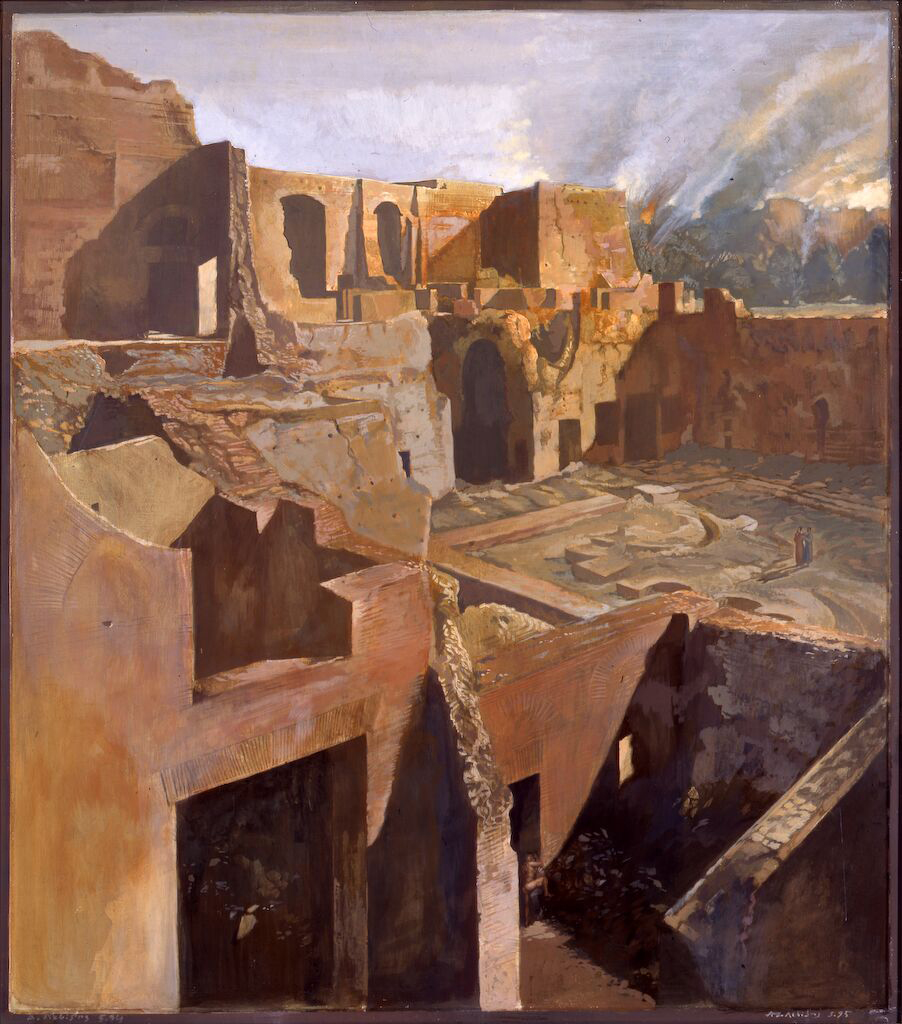 Alecos Levidis’ “The Myth-historic”, currently shown at the Nikos Hadjikyriakos-Ghika Gallery, is a series of twenty four paintings of autobiographical character, which have been created during the last four decades (1980-2019). Personal experience is interwoven with social and political events that shaped the painter’s life. The “inner” connects with the “outer”, the “small” with the “large”, the myth with “reality”. Through the images, the painter processes his relation to history without nostalgia; in a way that’s allusive, often allegorical and, most of all, associative. Levidis does not make historical or political statements; he rather draws from the present and the past to create personal myth-histories, potentially open to equally personal interpretations by their viewer.

The Ghika Gallery, the museum/archive of the so-called 30s generation that formed Angelos Delivorria’s last curatorial opus, isn’t an arbitrary choice. Levidis, born at the end of the war, was brewed in the cultural creation of this generation as well as the modernist movement. In his adolescence he was shaped by the work of its representatives that marked the post-war era; literature, poetry, theatre, painting, music, cinema, folk culture. In the years that followed, he never stopped drawing inspiration from the creative output of the 30s generation. Therefore, he considers the home/studio of Nikos Hadjikyriakos-Ghika, more than any other space in Athens, to be also his “home”. The “Myth-historic” is, on the one hand, a salute to the friend who departed and, on the other, a small token of reciprocity for the opus of this ark of a living past.