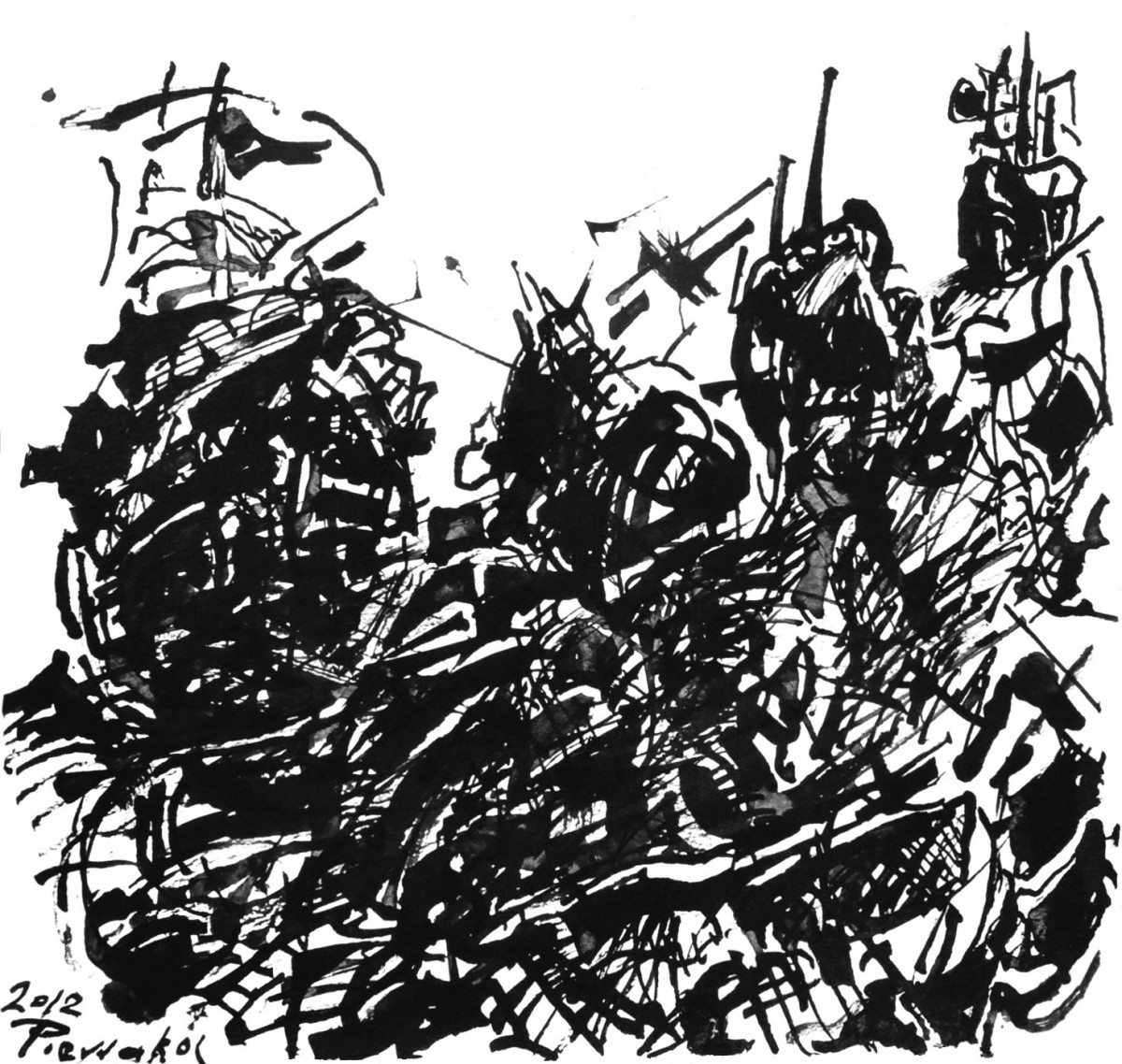 One of the most important historical events, the Battle of Lepanto, the Mediterranean -as the setting- and painting -as a form of narrative and visual force- are the core elements of this exhibition by Alkis Pierrakos.

The artist presents a series of drawings, ink on paper, inspired by the Battle of Lepanto, which he created from 2011 onwards. In these drawings, ruled by expressionist tension and the force of drawing, Pierrakos dramatically outlines the sense of a fierce clash. Without resorting to complete subtraction, he does not simply describe a historical fact, but uses it as an excuse to draw. The exhibition was first presented at Moni Lazariston in Thessaloniki (10 October 2014 – 10 January 2015) and will travel to Corfu, where it will be hosted at the Old Fortress and the Latin Chapel (April – June 2015). Exhibition Curator: Katerina Koskina