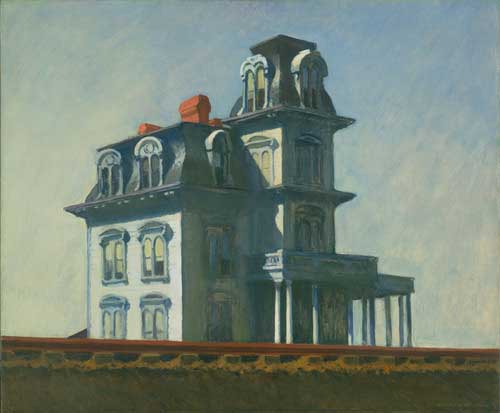 Drawn from MoMA’s collection, American Modern takes a fresh look at the Museum’s holdings of American art made between 1915 and 1950, and considers the cultural preoccupations of a rapidly changing American society in the first half of the 20th century. Including paintings, drawings, prints, photographs, and sculptures, American Modern brings together some of the Museum’s most celebrated masterworks, contextualizing them across mediums and amid lesser-seen but revelatory works by artists who expressed compelling emotional and visual tendencies of the time.

The selection of works depicts subjects as diverse as urban and rural landscapes, scenes of industry, still-life compositions, and portraiture, and is organized thematically, with visual connections trumping strict chronology. Artists represented include George Bellows, Stuart Davis, Edward Hopper, Georgia O’Keeffe, Charles Sheeler, Alfred Stieglitz, and Andrew Wyeth, among many others. Far from an encyclopedic view of American art of the period, the exhibition is a focused look at the strengths and surprises of MoMA’s collection in an area that has played a major role in the institution’s history.

The exhibition is supported by the MoMA Annual Exhibition Fund.