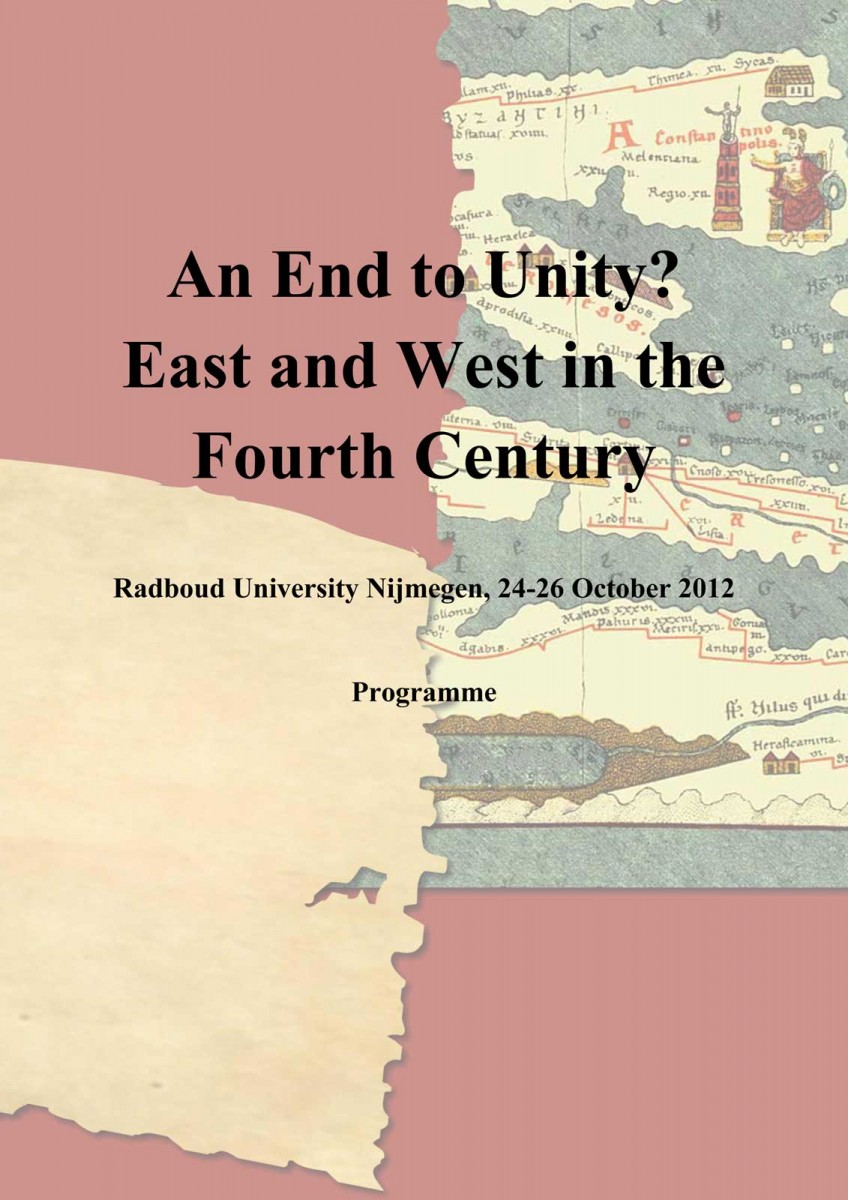 An End to Unity? East and West in the fourth Century

“An End to Unity? East and West in the fourth Century”

The fourth century was a pivotal age in the history of the Roman Empire, an age of transition: New residencies of imperial power emerged in both West and East, with Constantinople as upcoming principal court and stage for imperial triumphs and celebrations. The attitude of the emperors towards Christianity changed from proscription to prescription, though religious belief and practice – Christian as well as traditional – were still diverse. Rome’s ever-growing status as the Christian city culminated in its claim for primacy over other sees in the early 380s. The political division between East and West after the death of Theodosius I, in 395, would, in retrospect, be a definitive end to administrative unity.

This conference seeks to explore the degree of unity and discord between East and West in the fourth century from different angles. Therefore we invite scholars of all fields working on Late Antiquity to present their views on the topic. Our hope is that this meeting will prompt a dynamic interchange among scholars with a focus on ancient history, literature, archaeology, architecture, religion, law and philosophy, (but also on) cultural memory and identity building. Comparisons of political, social or cultural phenomena in the Eastern and Western part of the Empire are as much appreciated as papers which discuss fourth century views on unity (or separation). With this conference, we hope to deepen our understanding of the complexities of unity and discord in the late Roman empire.

The conference will take place on 24-26 October 2012 at Radboud University Nijmegen. The programme can be found below.

The conference opens on 24 October with a public lecture by professor David Potter (University of Michigan): “Measuring the Power of the Roman Empire”.

The lecture will take place at Huize Heyendaal (Radboud University campus), Beelkamer, 15.30-16.45. Everyone is welcome.

Registration is needed for the other days of the conference, Thursday 25 and Friday 26 October. Please register at [email protected] before 15 October (please mention dietary wishes). Fees are €20,- (Thursday) and €15,- (Friday) and include lunch and refreshments.