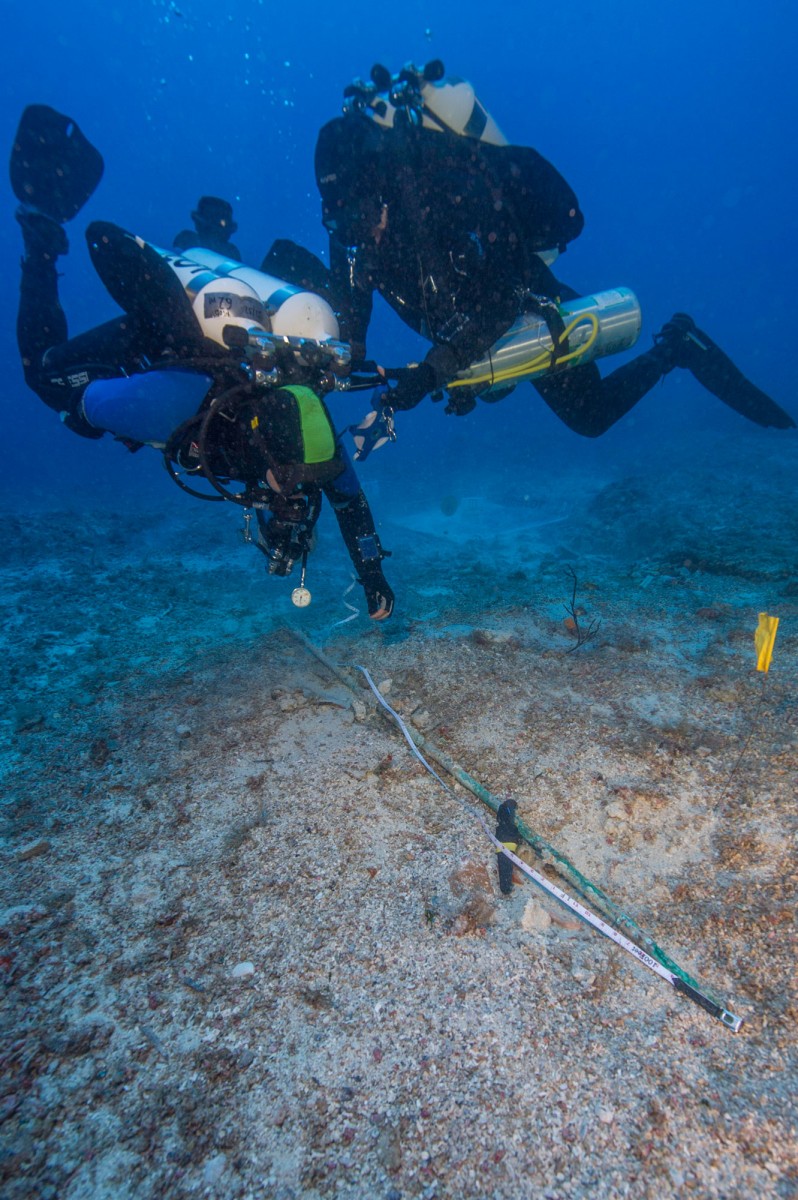 The Aikaterini Laskaridis Foundation is pleased to present to the public for the first time the new findings from the renowned Antikythera Shipwreck. The exhibition includes more than 20 items from the underwater archaeological survey of the periods 2014-2016, conducted by the Ephorate of Underwater Antiquities, with the technological support of the Woods Hole Oceanographic Institution. The President of the Hellenic Republic, Mr. Prokopis Pavlopoulos, will inaugurate the exhibition in a closed event on 2 December 2016.

Current research on the site of the most significant shipwreck in the world, which marked the birth of underwater archaeology, aims to supplement our existing knowledge on the ship itself, the particularities of which are evident in the equipment, the size of its hull, but also in its cargo. The ship sank in Antikythera around 50 BC, full of treasures, art and technological artifacts that compose one of the richest loads of ancient times. In this particular shipwreck, where the most perfect computational mechanism of antiquity – the Antikythera Mechanism – was discovered, scientists have always used the highest diving technology available.

In the exhibition hosted by the Aikaterini Laskaridis Foundation, the public will have the opportunity to see, among other items, the gold ring from the first excavating period of 2016, two bronze spears (parts of statues that have not yet been found), intact pottery, fragments of precious glass vases, and objects of everyday life used by the crew and passengers of the ship during the endless hours of travel. Other interesting and unique parts of the ship equipment, as well as a piece of the wooden hull of the ship, shown for the first time, will also be exhibited. Part of the material will be kept in freshwater reservoirs during the exhibition, as it is still being treated by conservators. The image of the wreck will be completed by a reconstructed model of the Antikythera Mechanism, courtesy of the Aristotle University of Thessaloniki.

A most unique exhibit, parts of a human skeleton, was discovered during the most recent excavation in September 2016 and it serves to remind us that, apart from its special and unique cargo load, the shipwreck was also a shipping accident with human casualties. Hopefully, the forthcoming genetic tests (DNA) will provide answers pertaining to the sex, age and possible geographic origin of the deceased. With the help of modern technology, it is now possible to trace the origin of the lead and wooden structure of the ship, which is particularly important in understanding and enriching our knowledge of the shipwreck.

Audiovisual material (videos, digital 3D models of other findings, photographs, drawings) will complement the exhibit, aiming to draw briefly a complete picture of the shipwreck and of the current research.