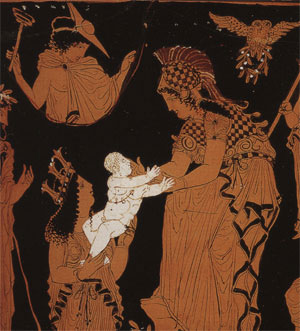 Athenian Potters and Painters III will be held at the College of William and Mary on September 11th-14th, 2012. It is the follow-up to the two highly successful international conferences, Athenian Potters and Painters I and II, held in Athens, Greece at the American School of Classical Studies in 1994 and 2007. Once again the proceedings will be published by Oxbow Books.

Athenian pottery was the most important fine ware in the ancient Mediterranean during the Archaic and Classical periods, and the images on these vessels are our single most important source for scenes of mythology and daily life in ancient Greece. This pottery is also a crucial dating tool for archaeologists. Nevertheless, this conference along with the two previous ones is the only conference devoted solely to this subject. Areas to be investigated at the conference will include excavation pottery, ancient pottery workshops, iconography, painters and potters, export and trade, shapes, theory, chronology, and the influence of Athenian pottery on vases from other regions and vice versa. Twenty-five speakers varying in age, interests, and nationality have agreed to speak. There will be an exhibit of Greek vases at the College’s Muscarelle Museum in coordination with the conference.