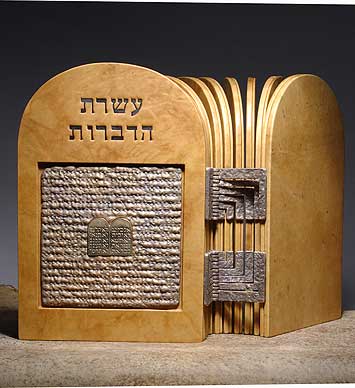 “Book as Art: 20 years of the Rare Books from Saint Petersburg Publishing House”

On 11 September 2012 an exhibition opened dedicated to the Rare Books from St.Petersburg Publishing House which has been working since 1991. The exposition includes 103 plates and 45 books from the publishing house, of which 21 are already held at the Scientific Library of the State Hermitage Museum.

A love of books and collecting rare and valuable publications began almost simultaneously with the appearance of literacy, and then the invention of the printing press and mass distribution of printed products paradoxically enabled the development of an elite genre of publications – books for booklovers or bibliophiles. Such books describe publications with limited printing runs aimed at booklovers and collectors. The bibliophiles book is an extremely difficult genre, combining different elements: printing, binding and images. Such a book is a work of art in itself, its literary content takes second place to the artistic creation of the book.

The idea of establishing a printing house which specialised in the production of rare books with small print runs was thought of by Petr Suspitsyn way back in 1991. It required a lot of time and energy to equip the publishing house with the appropriate printing press. Now housed on Millionaya Ulitsa, almost opposite the State Hermitage Museum atlantes is located a 19th century printing press and lithographic machinery, and a rich assortment of fonts which are themselves rare museum pieces. During its existence the Rare Books from St.Petersburg Publishing House has succeeded in joining true masters and like minded individuals: artists, printers, book binders and, typographers. Thanks to them it has become possible to change the publishing house to the centre where books went through the whole full life cycle from concept to realisation.

The thematic diversity of the publications is extremely broad. These include biblical texts and works by ancient authors, classics of European and Russian literature, world epos. A special place is reserved for books by contemporary writers.

The uniqueness of bibliophiles books is emphasised by their undoubtedly small print runs. In the case of the Rare Books from St.Petersburg the print run, for example, will not exceed 25 copies and in some cases is limited to only two copies, and sometimes only one.

Special emphasis is placed on the books binding. A wide variety of material is used for bindings: leather, ceramic, wood and metal. Each binding is individual and for that reason unique. For example, The Tale of the Fisherman and the Fish by Alexander Pushkin was bound in fish leather and Egyptian papyrus, Sagas of Icelanders were bound in seal pelt and decorated with silver and rock crystal, and the binding for A Hero of Our Time by Mikhail Lermontov, was prepared in the shape of an officers dress uniform. One of the most sumptuous items at the exhibition is a book On the Management of Empire by Konstantin Bagryanorodny. The print run for the publication consisted only of seven copies. The book creates a lasting impression by the richness of its design with rubies, sapphires, emeralds, porcelain, silver, and gilt.

One of the publications activities is to experiment, the result can be the creation of a work of art far removed from the original concept of a book. These art objects include the ceramic book of Sumerian and Babylonian poetry Seven Spells, Prayers and Ritual Songs of Sumerian and Babylonian Poetry, which consists of seven sculptures made of baked clay by the artist and sculptor V.Tsivin. Ancient texts that have been translated into Russian were typed and stamped by hand in clay, imitating cuneiform script.

Another experiment of the publishing house was Decalogue. The Ten Commandments, work which was undertaken for several years. The artist, M.Kopylkov presented a fragment of the Old Testament in a book of ten (divided by commandments) covered with sheep skin lined sheets. In the centre of each page is an image of unleavened bread with the commandment written on it in Ancient Hebrew.

Over the course of many years the publishing house has created works of literary art, which are displayed in the largest museums and libraries in Russia and abroad: at the State Hermitage Museum, the Russian National Library, the State Tretyakov Gallery, the Victoria and Albert Museum in London, the British Museum, the New York Public Library, and are held in private collections.

This is not the first time the publisher has put on an exhibition of its work at the State Hermitage Museum. This is the continuation of a valued tradition of displaying books in museums. The present exhibition is a summary of 20 years work renewing and improving Russian traditions in producing bibliophile books.

The exhibition curator is Irina Borisovna Gogulina, who heads the Acquisitions Section of the Scientific Library of the State Hermitage Museum. An illustrated catalogue has been prepared for the exhibition in both Russian and English (Rare Books from St.Petersburg Publishing House, 2012), which includes an introduction by the St.Petersburg Vice Governor V.N.Kichedzhi and an introduction by State Hermitage Museum General Director Mikhail Piotrovsky, articles by Tonino Guerra, M.V.Seslavinsky, E.D.Kuznetsov and P.G.Suspitsyn.