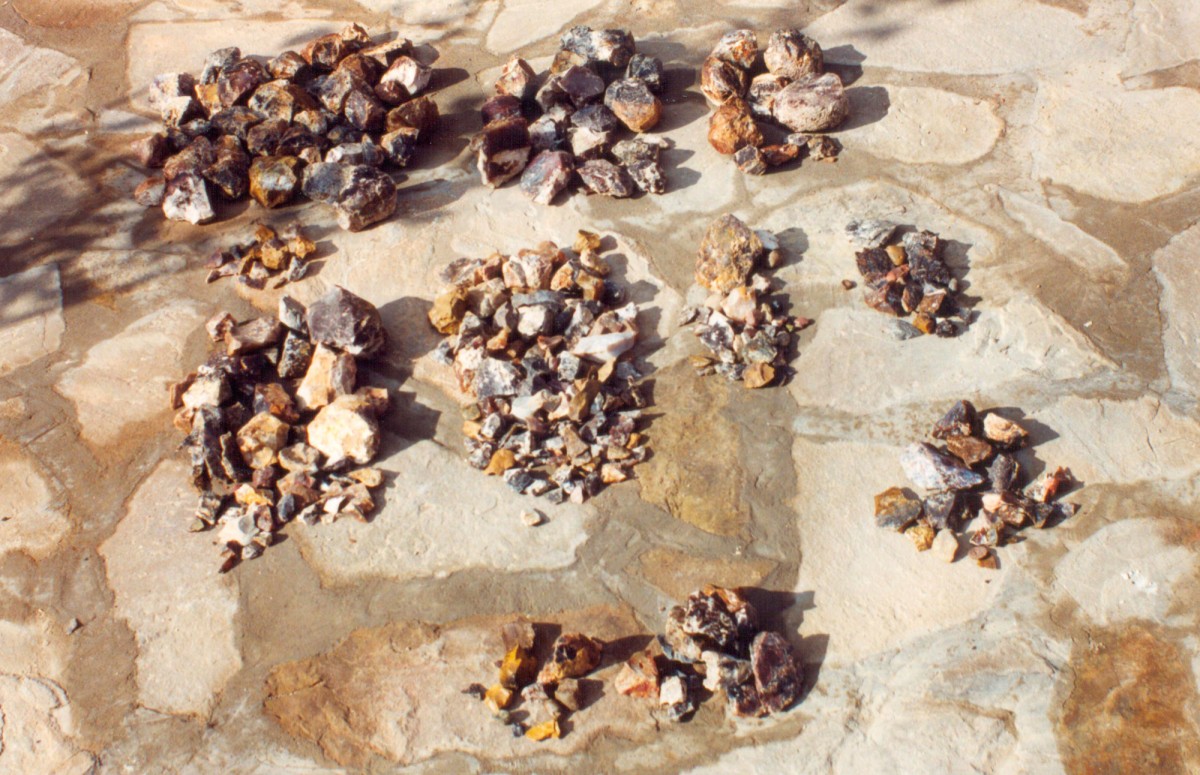 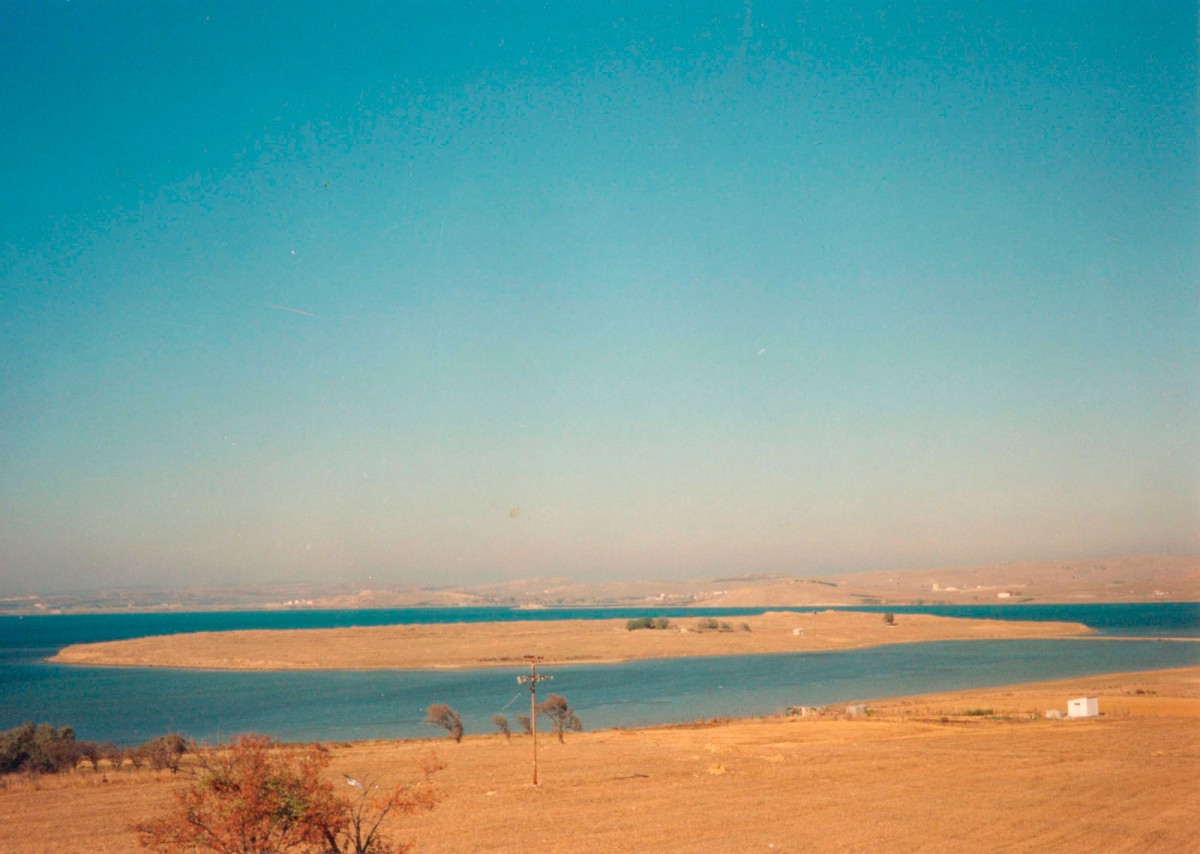 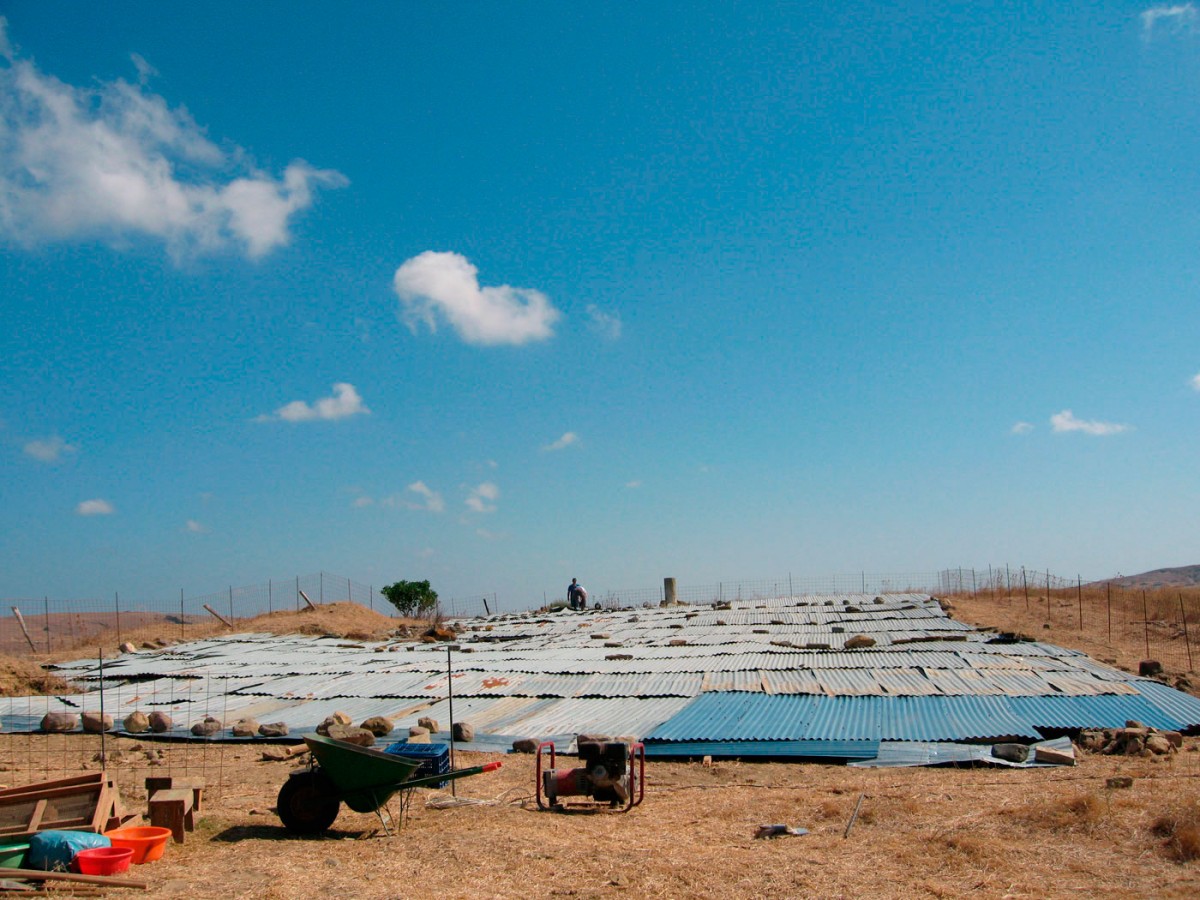 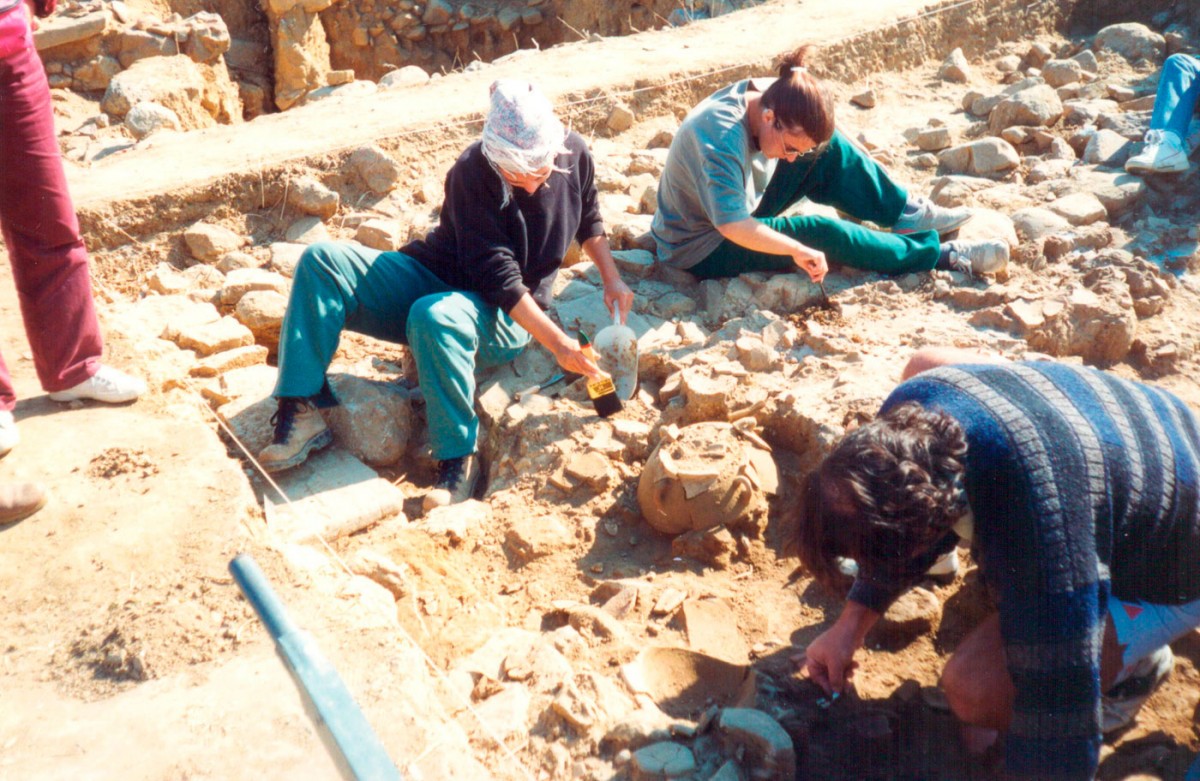 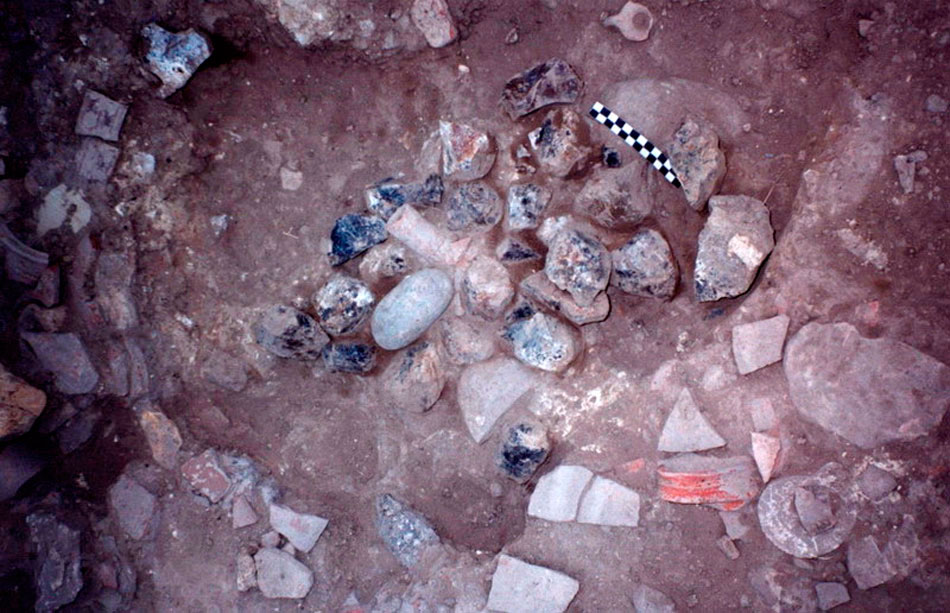 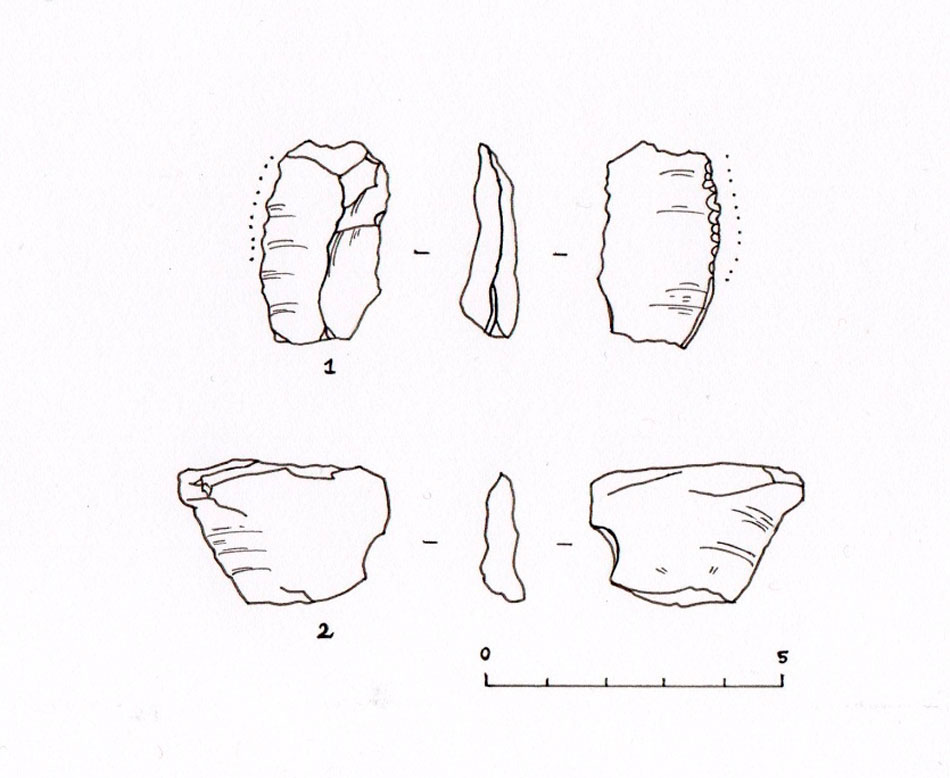 Chipped stone technology has the privilege of providing important indications for various stages of the reduction sequence, in contrast to any other prehistoric technology (Kardulias 1992, p. 423). Furthermore, it offers us information about raw materials’ procurement choices by the members of the community, about communication networks, raw materials’ process choices, as well as knappers’ mental processes and technical skills.

So far, the excavation of the site has supplied an important chipped stone material, in terms of number and technology, which comes from the Early Bronze and mainly the Middle Bronze Age layers. This assemblage comes as a complement of our knowledge of the chipped stone industries of North-east Aegean, knowledge that originated so far from the publications of Poliochni on Lemnos (Bernabò Brea 1965; Μουνδρέα-Αγραφιώτη 1997), Thermi (Lamb 1936) and Mytilini (Aygerinou 2008) on Lesvos and Emporio on Chios (Bialor / Hood 1981). Most important, it sheds light on the Middle Bronze Age chipped stone industries, which are hardly known, especially those of the North-East Aegean.

The raw material that was mostly used by the inhabitants of Koukonisi is local flint, which seemed to occur in the form of a cobble or in tabular form. It varies extremely in color, grain size and transparency, a fact that makes its classification in groups difficult. The majority of the varieties used are of medium quality, mostly opaque. They often have veins and inclusions that would have made their knapping difficult and they vary in colors, which are mostly dark. However, there are some good quality varieties, which are translucent and fine-grained, of blonde or brown color.

The raw material reached the site already decorticated but not shaped. Obsidian is hardly represented and seems to be of Melian origin. However, one artifact is extremely transparent and could be attributed to the obsidian sources of Cappadocia. Physicochemical analysis of some samples will examine the accuracy of our hypothesis regarding the origin of the obsidian artefacts. Radiolarite and quartz are also represented by a poor quantity of artifacts.

Flakes were the primary intention products of the chipped stone industry of Koukonisi, as proved by their superiority in numbers against the poorly represented blades, their choice as blanks for the shaping of the tools and the presence of a good number of flake cores. The presence of these cores documents the local production of at least part of the flakes found in the site. On the contrary, blade cores seem to be absent. The flakes are partly produced from discoid cores, which are composed of two asymmetric, intersecting surfaces. Flakes are removed from both surfaces, so that these surfaces are used in alternation as striking platform and debitage surface during the flaking of the core. This method of flaking presupposes a certain degree of plan in advance for the appropriate shaping of the core and this shaping’s maintenance, resulting in products of a specific form (Boëda 1993). One of these types of products, represented good enough in the Koukonisi material, are flakes with their width bigger than their length, which result from a centripetal striking. In parallel to discoid cores, flakes are also produced from cores of rectangular or polyhedral shape. In this case, there is no plan in advance and consequently no specific shaping of the core and the knapper proceeds to the flaking of the next product in accordance with the most appropriate surface each time. Thereby, the flakes produced do not have a specific shape. The technique used in both cases is direct percussion with a hard stone hammer.

Of special interest, in terms of technology, is an assemblage from the interior of a building and specifically from the layers of the end of Middle Bronze and the beginning of Late Bronze Age. In this important in numbers assemblage, part of which was found organized in groups on the floor, different phases of a “chaîne opératoire” of flake production are represented, with its first phases being mostly present. It consists of blocks of raw material – some of them unworked, some tested – flakes, cores in various phases of reduction and a small number of tools. This assemblage raises thoughts about the probable use of this specific space as a workshop of flint flake production, in parallel possibly to other activities. The technological analysis which is in progress and the comparison between this assemblage and others from other areas of the settlement will provide us with more secure answers to our questions.

Among the tool types, it is worth mentioning the retouched flakes, the notches, the scrapers and the sickle elements, some of them bearing gloss.

*The study of the chipped stone industry from Koukonissi began with the guidance of the professor of the University of Athens Mrs. Georgia Kourtessi-Philippakis.