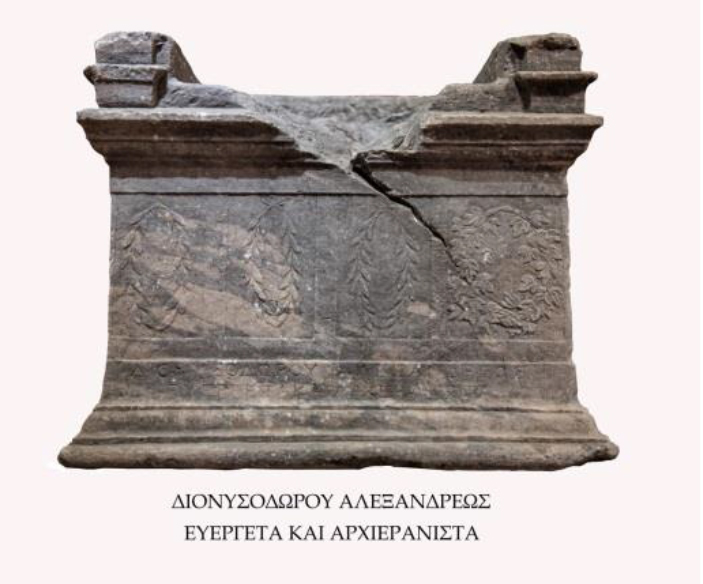 Τηλ.: +30 210 32 44 644
e-mail.: www.diathens.gr
Website
During its economic and commercial apoge, Rhodes attracted a large number of foreigners, who, temporarily or permanently, made the island their home. The process of their integression into Rhodian society was very much assisted by their membership of privately founded associations (koina).
15 01 '19 11:52

Burial complexes of Koina in the Rhodian necropolis

Vaso Patsiada (Ephorate of Antiquities of the Dodecanese) will address the topic “Burial complexes of Koina in the Rhodian necropolis”. The lecture is organised by the Danish Institute at Athens.

During its economic and commercial apoge, Rhodes attracted a large number of foreigners, who, temporarily or permanently, made the island their home. The process of their integression into Rhodian society was very much assisted by their membership of privately founded associations (koina). These units, which in Rhodes are known to have been both numerous and varying in character, included men as well as women, Rhodian citizens as well as foreigners, free persons and slaves. One of their activities was the burial of their members. Inscriptions on tomb monuments or with the decrees passed of these koina, but also tomb complexes that have been discovered through excavations by the Ephoreia, provide significant information about precisely this aspect of the associations’ activities.

According to the preserved decrees, the koina possessed their own tomb complexes, where they not only burried their members, but also gathered to hold celebrations. At these events, they commemorated dead members, awarded honours to living and deceased benefactors of the association and decorated the tomb monuments of benefactors with wreaths. Common meals might also have taken place at these gatherings.

Some of the burial complexes that have been discovered within the Rhodian necropolis can, on the basis of decrees and tomb inscriptions, be connected to some of these koina, while others seem to belong to private families. Those inscriptions that reveal the identity of the dead persons show that in the tomb complexes of the koina there were buried foreigners, but almost always also Rhodian citizens, individuals of lower social status and slaves and persons (foreigners and Rhodians) connected by family ties. Regarding the family tomb complexes, on the other hand, it seems that those buried there were members of a larger family consisting of relatives counting two or three generations, while other complexes appear to have been used by two different families.