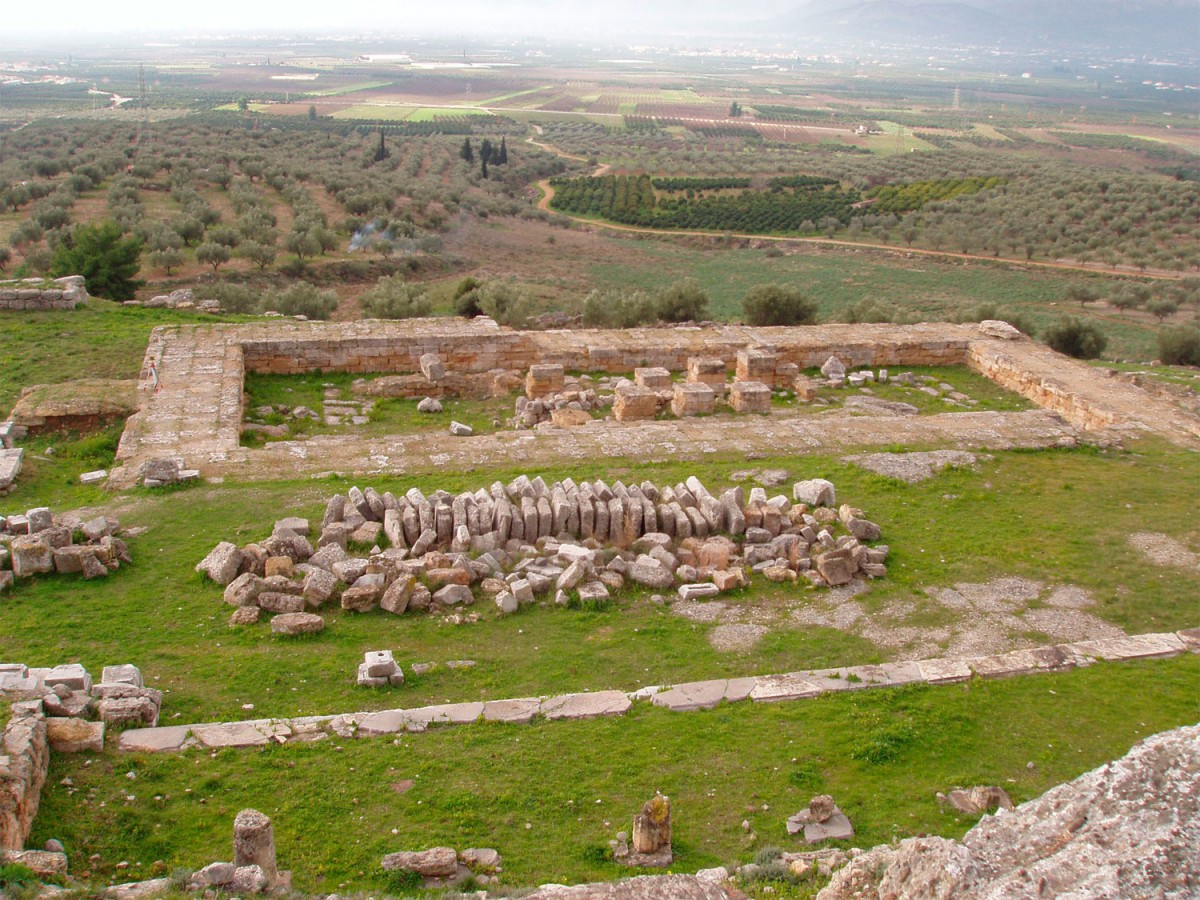 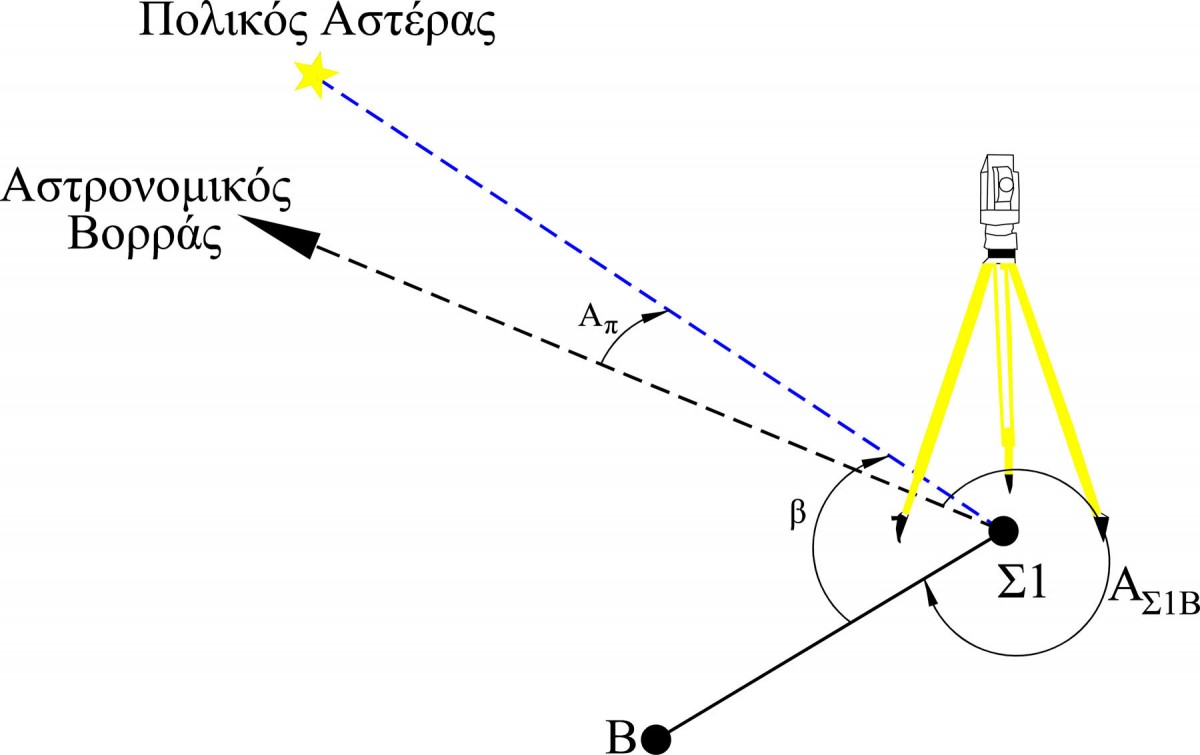 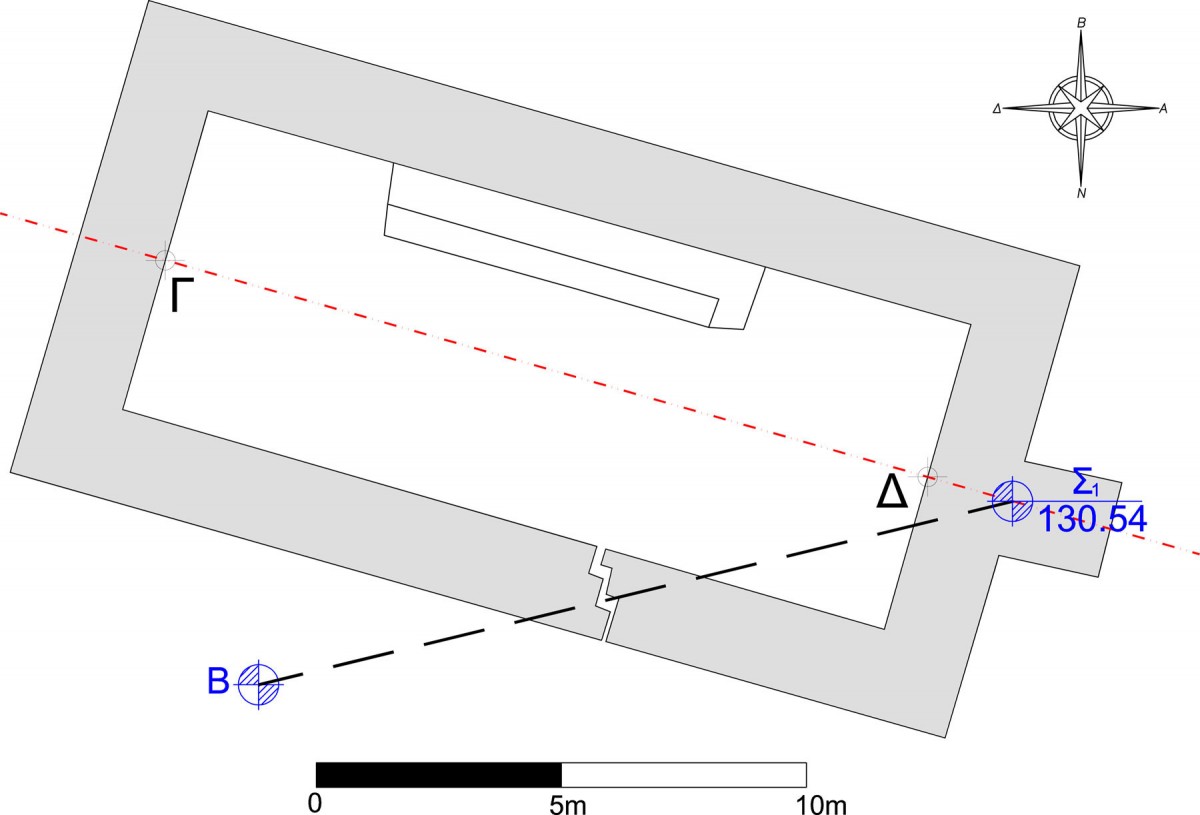 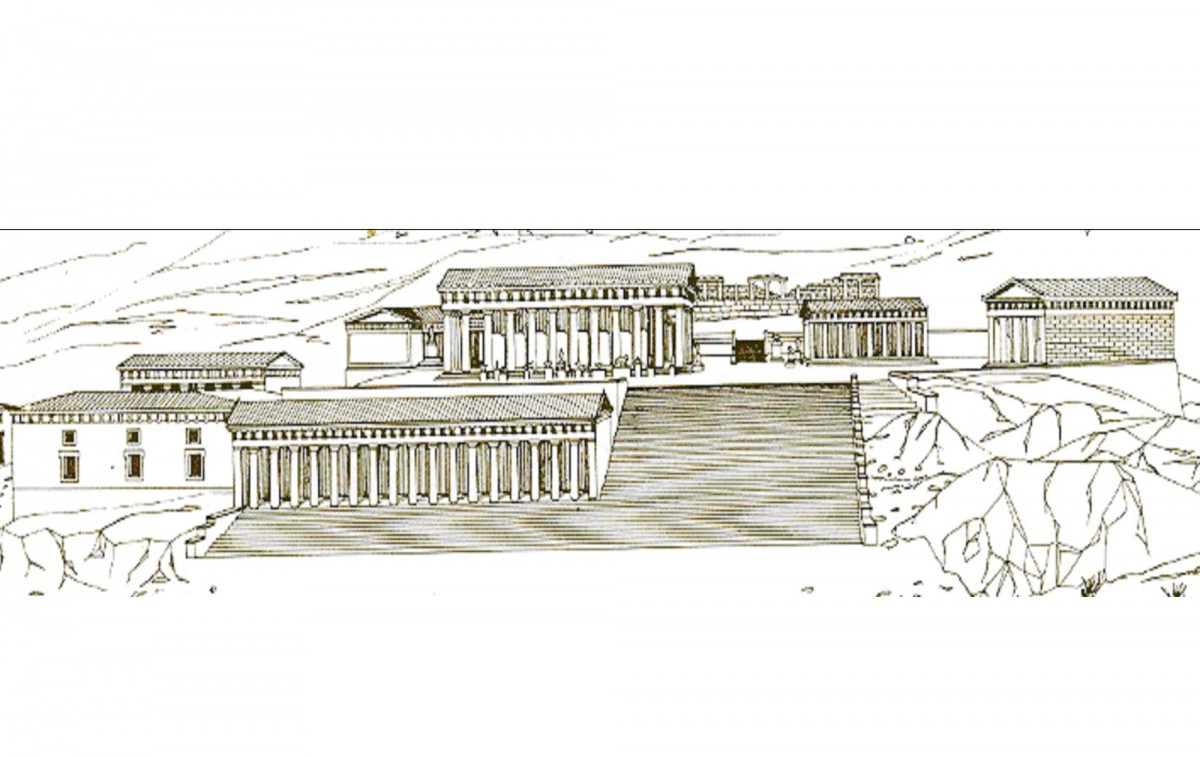 The Heraion of Argos

The astronomical orientation and dating

The Heraion of Argos is situated on a small hill at the northwestern side of mountain Evia on the road which connects Mycenae with the city of Argos. The view from this site is excellent as it overlooks the lowland of Argos and the ancient acropolis of the site called Larissa.

According to Pausanias the temple is situated 15 stadia far from Mycenae.

The archaeological excavations at the surrounding area of the temple have revealed a variety of findings dated to the Hellenistic and Neolithic period such as vaulted and chamber tombs. The findings prove that the site was used before the temple’s foundation. It is supposed that at the same site there was a Mycenaean acropolis or a palace. The first temple of Hera was built around 680 BC.

After the destruction of Prosymna by the Argians  in the 6th century BC, the Heraion came under Argian rule. It became the main cult site of Hera in Greece. Homer refers to the goddess as “Argive Hera”, “Hera Argeia”, as the city of Argos was the starting point for spreading the worship of Hera all over the country.

It is proved that during the Roman period the worship of Hera has been continued as  many imperial offerings were found during the excavations. Moreover Romans extended the sanctuary by erecting annexes at the site.

The Heraion of Argos was excavated in 1831 by the British colonel Gordon. Since then many researchers and archaeologists have worked at the site, as C.W. Blegen and P. Amandry who were the most significant of them.

Figure 2 presents a drawing of Heraion in its flourishing period. On this drawing, the temple of the 5th century, the newer level of Heraion and the large stepped retaining wall leading to the temple can be seen. At the older higher level the ruins of the first Geometric temple can also be seen.

Figure 1 presents the present status of the 5th-century-temple.

The Heraion’s orientation has been studied by many scholars. At the end of the 19th century the British architect Francis Penrose (1817-1903) had studied the orientation of both the old (7th century BC) and the new temple.

He determined its orientation equal to 107° 50′. Penrose also dated the foundation of the old temple. According to his research the temple’s orientation is related to the rising of Antaris (a Scorpii) on October 24th, 1830 BC or the setting of Stachis (a-Virgin) on February 1300 BC.

The geometric documentation of the monument is carried out by applying geodetic measuring and processing methods for the plan’s creation. By using a reflectorless total station angles and distances were measured for the determination of the appropriate points’ coordinates. These points determine the shape of the monument with an accuracy of ±3mm. The plan is created digitally in a CAD software. Figure 3 illustrates the groundplan of the monument.

The astronomical orientation of Heraion

The following procedure is applied for the determination of the temple’s astronomical orientation.

The geodetic coordinates φ, λ (φ = 37° 41΄ 31΄΄, λ = 22° 46΄ 31΄΄) of the point S1 are also calculated by using GNSS receivers. These coordinates are necessary both for the astronomical azimuth calculation and the dating of the temple.

– point G, which is the middle of the north western side of the monument

– point D, which is the middle of the southeastern side of the monument.

Finally the astronomical azimuth of the line between the points GD is calculated equal to 105° 53′ with uncertainty of ±3′.

Dating of a monument is defined as the determination of the foundation date of the monument, i.e. the day, the month, and the year by using only geometrical data. According to the presented methodology for this determination the following elements are combined:

– The line which presents the shape of the perceptible horizon and

– The line which presents the path of the sun at a concrete date.

The three aforementioned lines are presented in a common diagram, which has as axis the astronomical azimuth and the altitude (fig. 5).

The line of the perceptible horizon is defined as the projection of the mountains or buildings, which are situated in front of the monument on the direction of the main longitudinal axis of the Heraion, on the celestial sphere. Substantially these mountains or buildings block the visibility of an observer standing at this position towards the celestial sphere and the celestial bodies (sun, stars), to the east (Pantazis G., 2002). The east side of the monument is the most significant because this is whre the main entrance of the temple is situated, supervising the site. According to historical sources the famous worship statue of the goddess is situated at the façade of this side.

The shape of this line is computed from pairs of horizontal and zenith angles’ measurements by using a total station. The pairs of the measured angles are transformed to astronomical azimuths and altitudes. In this case the measurements were carried out from point S1.

Figure 6 presents the camera documentation of the perceptible horizon.

The dating of the monument is being done as follows:

The date (day-month-year) of which the sun’s path coincides or has the minimum distance from the point where the line of the perceptible horizon and the line of the main longitudinal axis’ astronomical azimuth coincide, defines the foundation date of the temple (Pantazis G., 2002).

For this reason several sun’s paths (azimuth, altitude) are calculated for different years, months and days. The digital planetarium Skymap pro8 is used for this purpose. As input data are used the coordinates φ, λ of the monument.

This paper presents a special geodetic and astrogeodetic methodology of measurement and a procedure for the determination of the astronomical orientation and the dating of Heraion in Argos.

The astronomical orientation of the main axis of the 5th century’s temple calculated equal to 105° 53′. Also the foundation date is February 25th 403BC with uncertainty of ±23 years.

By using the presented methodology the astronomical orientation and the dating of any monument is feasible. The application of the methodology requires the use of the following instrumentation:

– a total station for the geometric documentation of the monument, the determination of the astronomical azimuth and the allocation of the line of the perceptible horizon,

– a GNSS receiver for the determination of the coordinates φ, λ of the monument’s position.

The uncertainty of the determination depends mainly on the size of the monument and the provided uncertainty by the used instrumentation, and it can reach ±10 arcsec.

The methodology is independent from other historical or archaeological data, which are usually used for the monument’s dating. In this way the archaeological dating researches could be supported where other methods either are not effective or have large uncertainty due to data lack.

School of Rural and Surveying Engineering