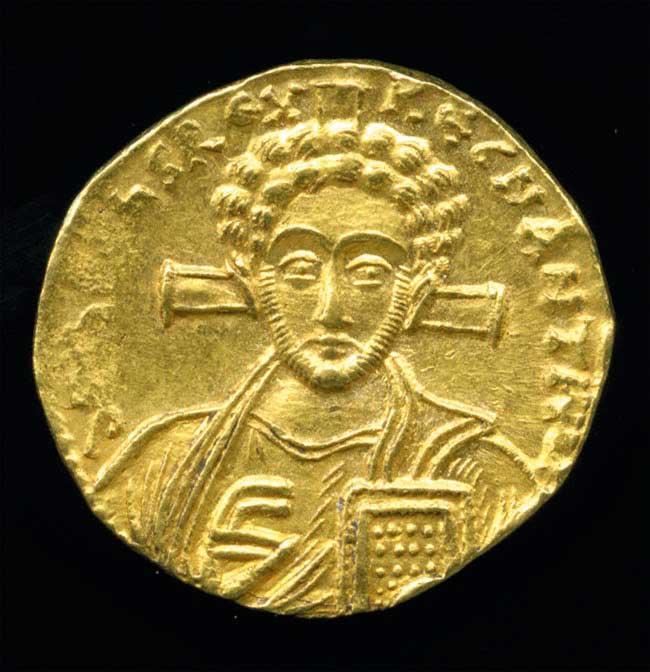 The exhibition, which will run through October 20, 2013, at the British Museum, explores both the history of money in biblical times, and shows how the Bible influenced the development of Christian images and symbols, particularly on coins.

Both the Old and New Testaments mention various forms of money used in everyday life. From the weighing of bullion as shekels and talents in the Old Testament to the 30 pieces of silver given to Judas as payment for betraying Jesus, the language of money is found throughout the biblical narrative. Objects featured in the exhibition include early coins from the Persian Empire and ancient Greece, coins from the Roman Empire and the Jewish kingdoms, an early ivory panel depicting the Crucifixion, and papyrus fragments and vellum featuring Bible texts.

The Bible narrative and the way the words in the Bible were first written down shaped early Christian imagery, as seen on coins from the Christian Roman Empire. Symbols known as the Christogram and staurogram were based on Greek letters (chi-rho and tau-rho). The staurogram was originally used in Biblical texts as part of abbreviated words, a convention of early Christian writings employed to add an element of mystical numerological wordplay. Both the depiction of Jesus himself and the now-familiar cross were not in common use until much later.

The original writers of the Bible, as well as subsequent translators, needed to refer to coin denominations in terms that would be familiar to readers and in sums that made sense to the stories. An early edition of the King James Version of the Bible is included in the display to illustrate the translation of coin types alongside corresponding 16th–17th-century coins.

From tax to the Temple, from shekels to silver, this exhibition reveals the fascinating yet often hidden interaction between money and the Bible.