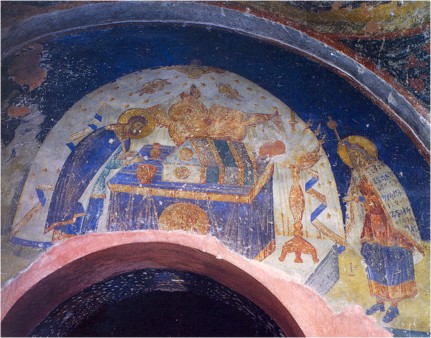 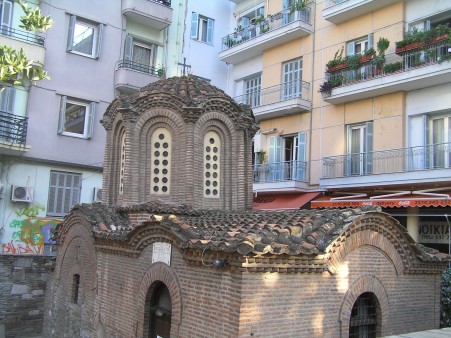 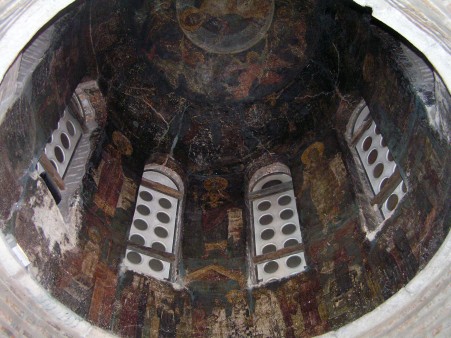 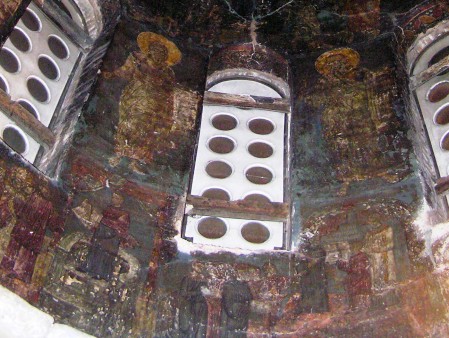 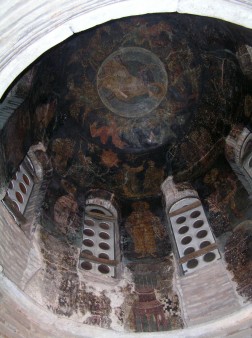 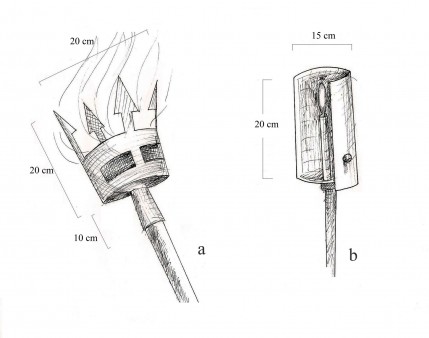 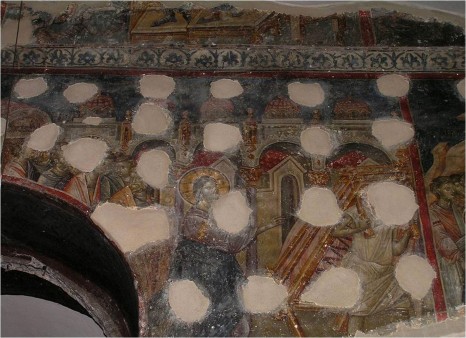 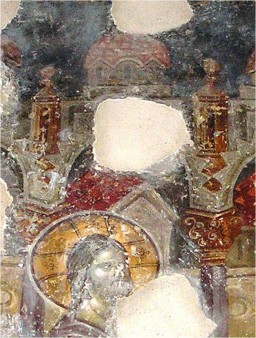 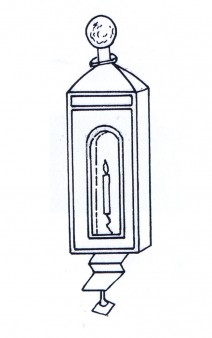 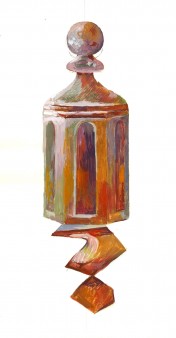 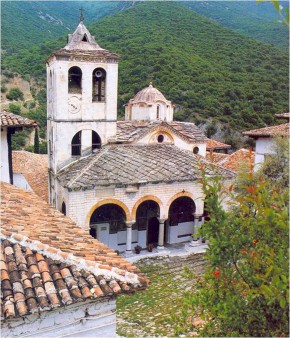 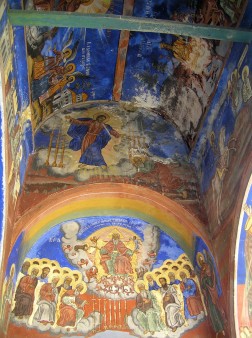 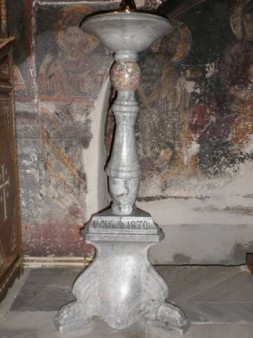 +7
See all photos
Fig. 1. The Church of the Holy Apostles in Thessaloniki, depiction a candlestick with seven tapers in the Tabernacle.
- +
Listen by Ιωάννης Ηλιάδης
26 10 '15 13:25

NOTES
1. Panselinou (see fig. 134) published the miniature of the Transfiguration of Christ according to the Theological Treatises of Emperor John VI Kantakouzenos dating between the years 1347 to 1355 (In Codex Paris gr.1242, fol. 92b). In this scene the light is rendered by different intensities of light blue colour.
2. In the scene of the Betrayal by Judas the natural landscape is conveyed with colour variations, giving the impression of shadow and light. In the dim background the metal of weapons gleaming in the moonlight and in the light of the lighting devices.
3. The base of the torch is probably made of cast iron with a diameter of 20cm, a height of 20cm and a total height (with the stand base) of 30cm.The height of the wooden pole is estimated at over 3.5m.
4. I would like to thank Mrs Katerina Kotsala, Visual Artist, MFA Superior School of Fine Arts in Athens, for the torches’ drawing which is depicted in fig. 6 and for our fruitful conversations about the lighting devices in the Betrayal of Christ in Giotto’s mural of the Arena Chapel in Padova.
5. The depiction of lanterns on the murals is perhaps a rare or a unique event. The details of the lanterns lead us to the conclusion that during the period of the murals’ programme in the church there were similar lights in the public area. It is more attractive the view that probably the same shape of lanterns were on the streets of Thessaloniki and particularly in the neighbourhood of Hagia Aikaterine.
6. I would like to thank the painter and mosaic artist D. Kamaraki for the drawing of the lantern which is depicted on fig. 10.
BIBLIOGRAPHY
MOST POPULAR
RELATED