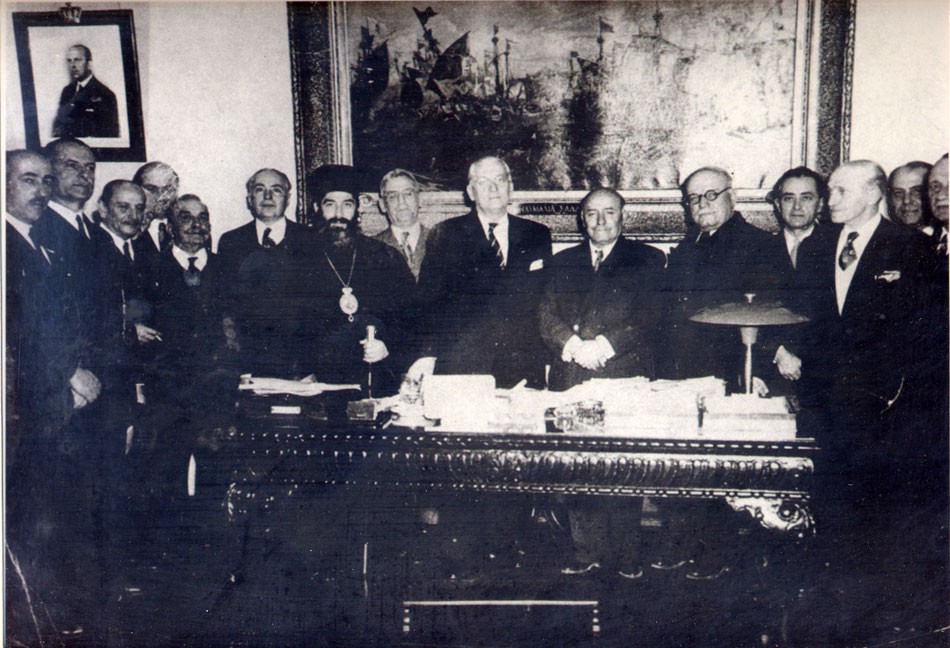 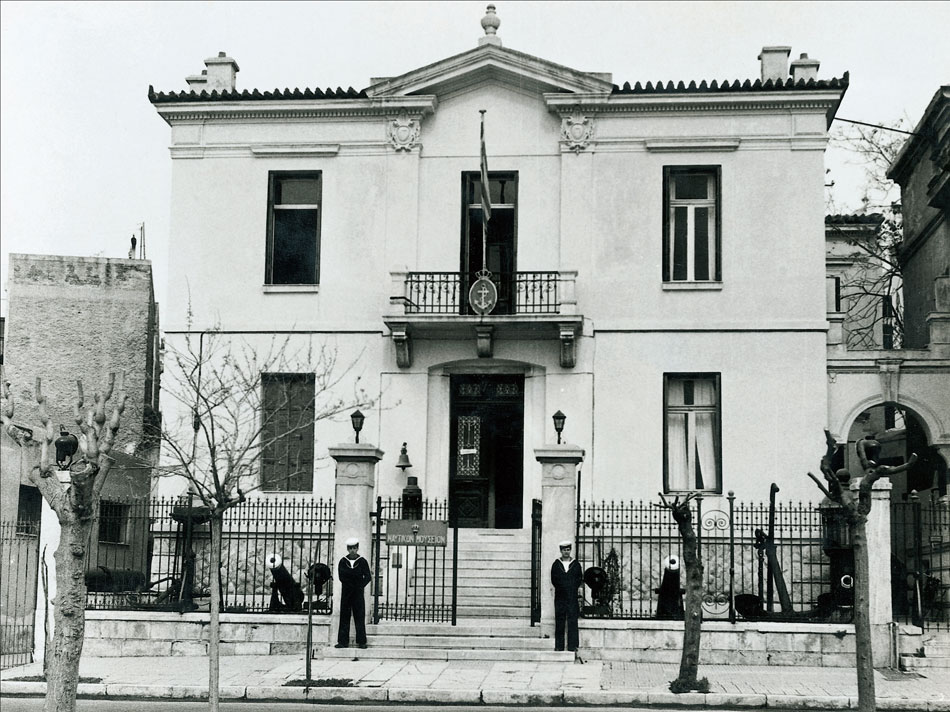 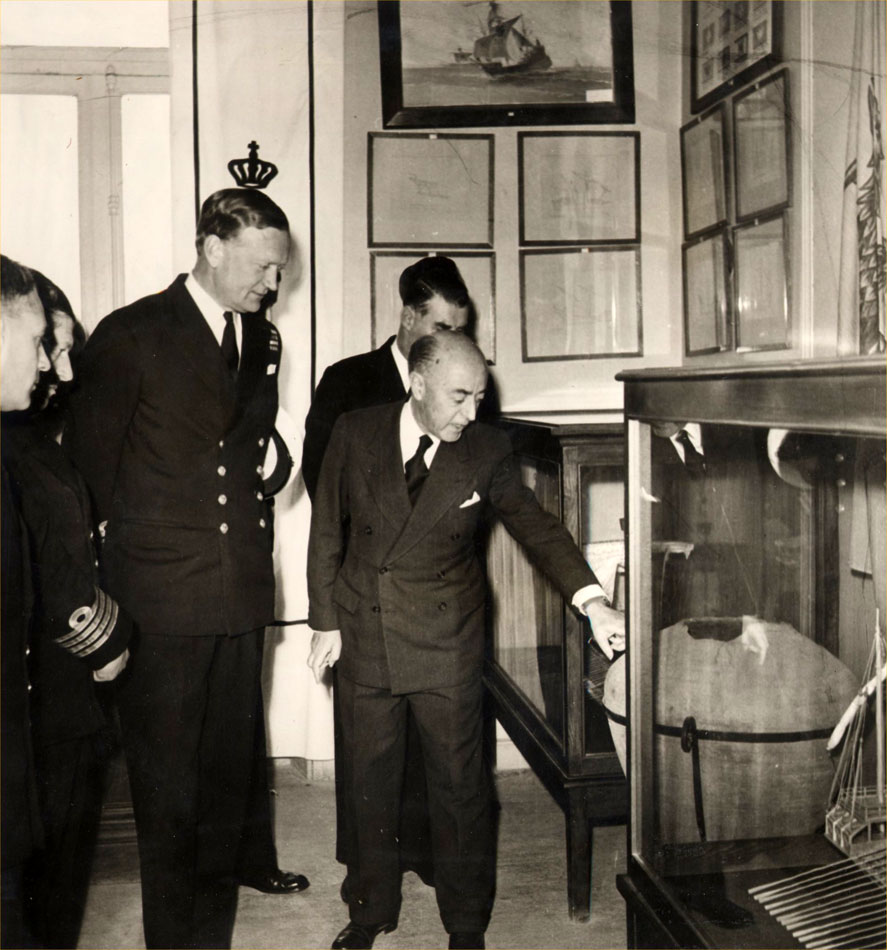 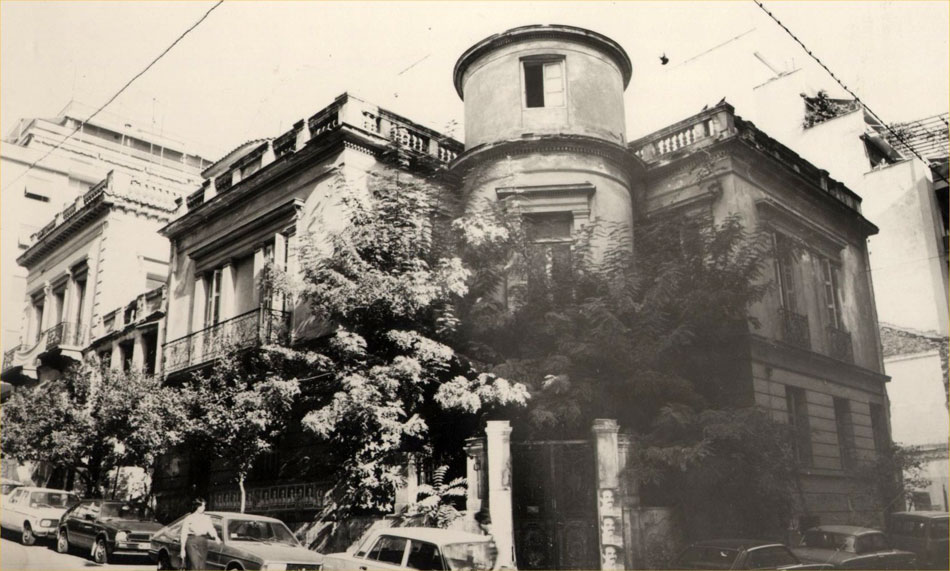 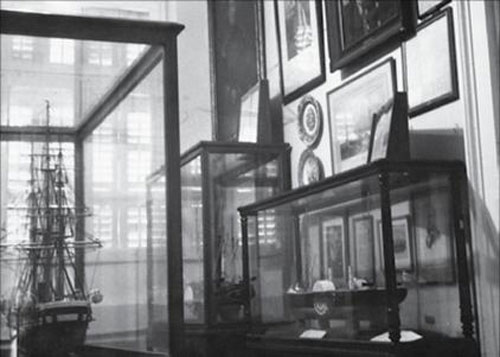 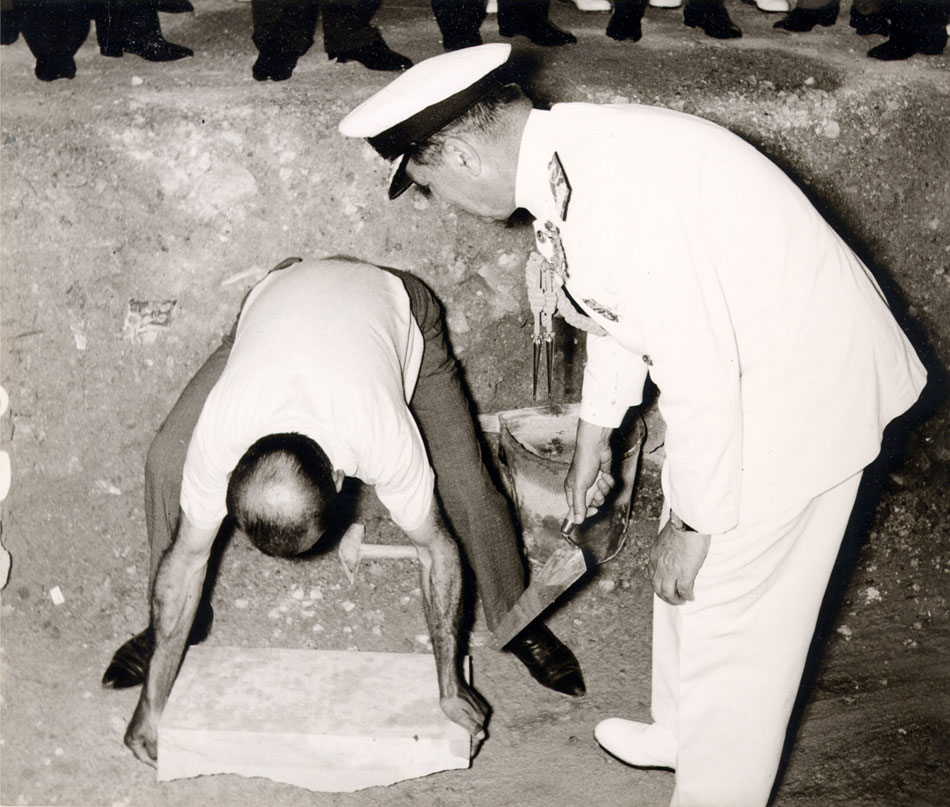 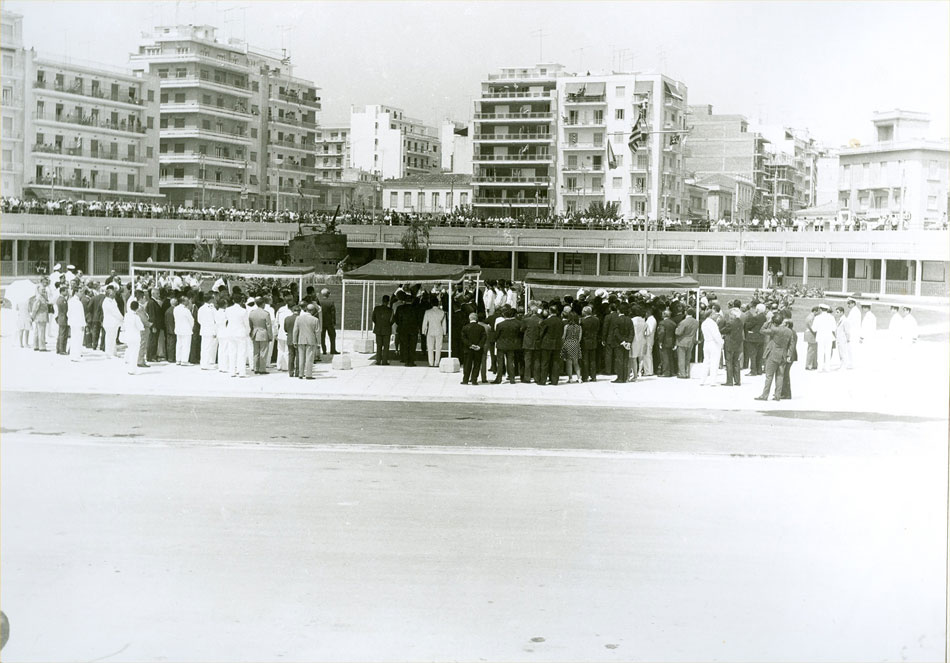 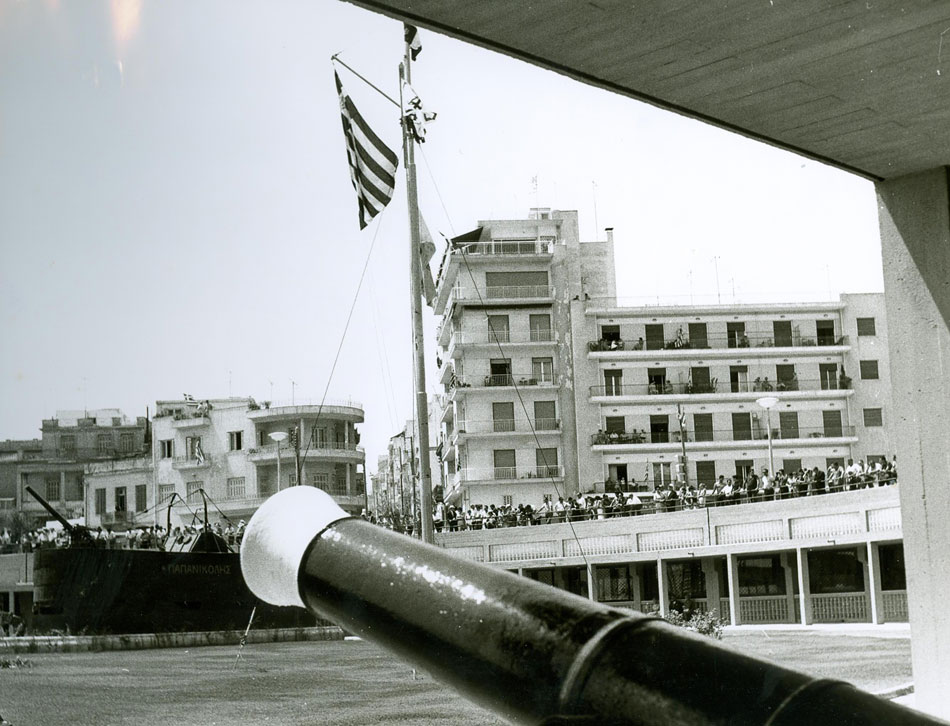 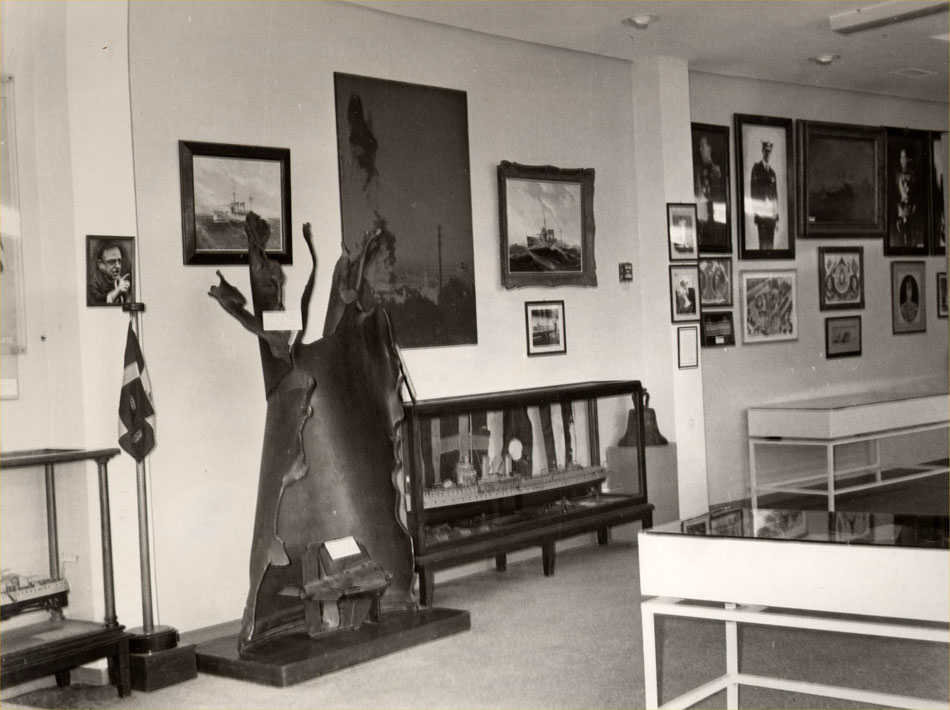 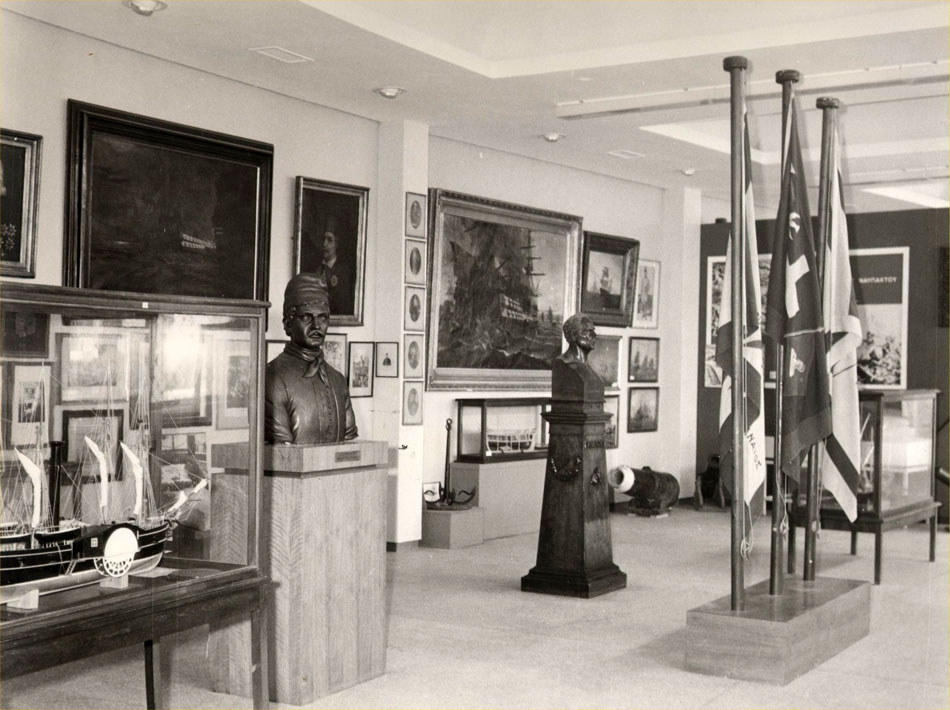 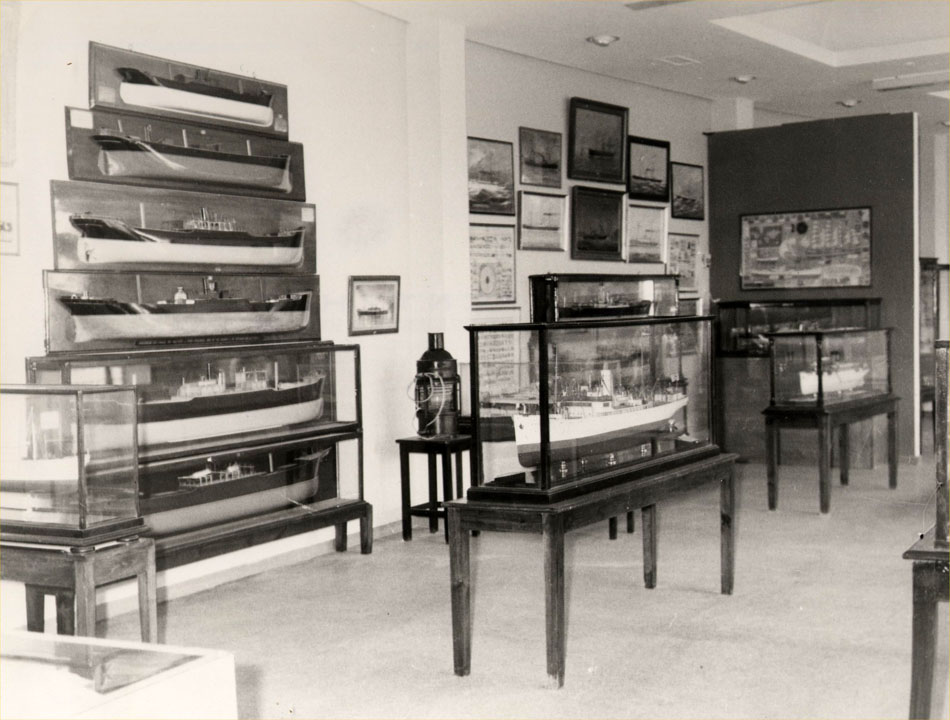 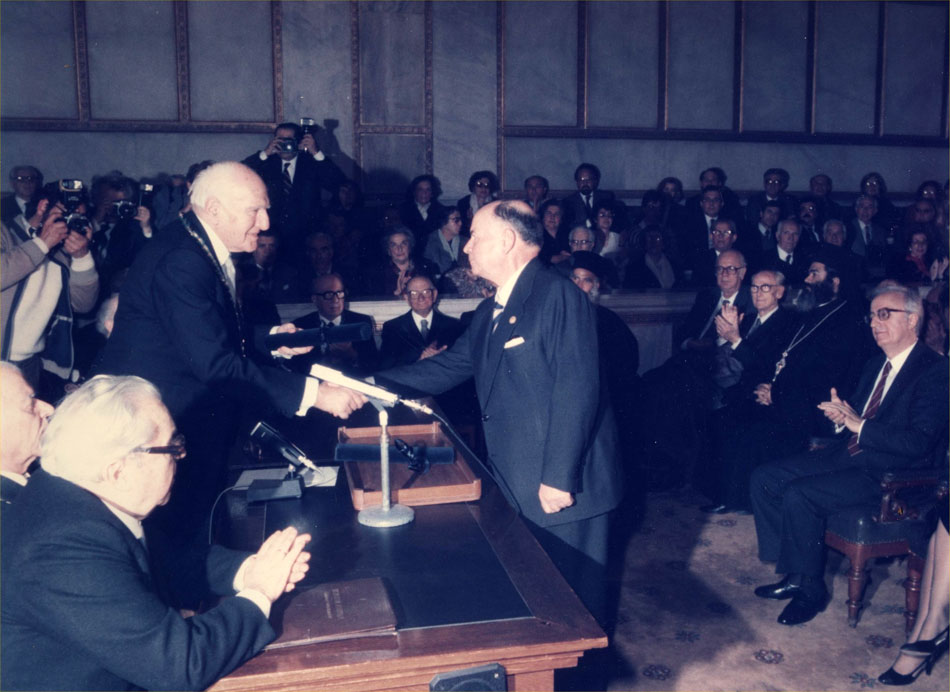 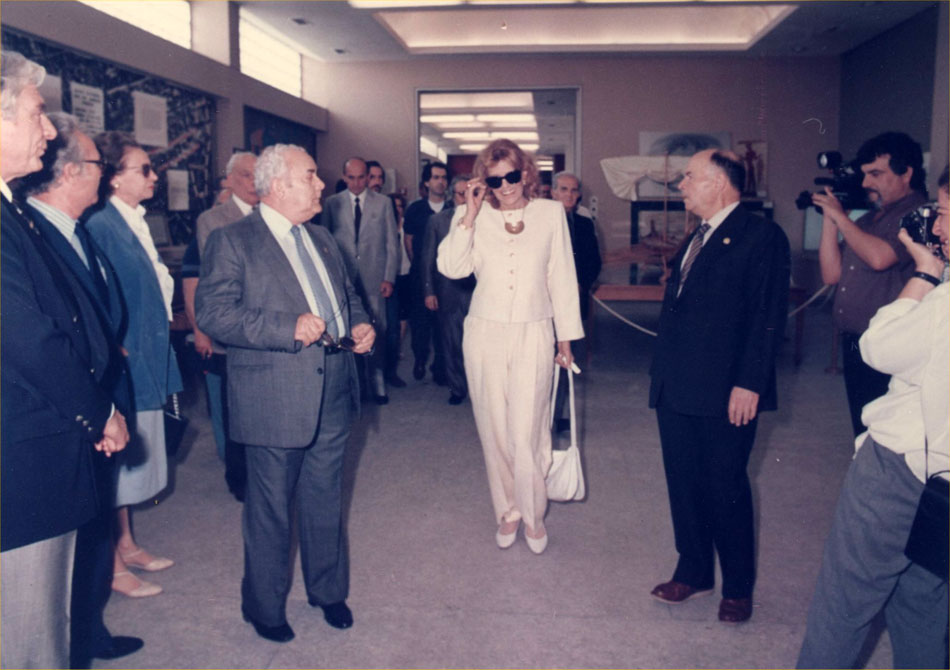 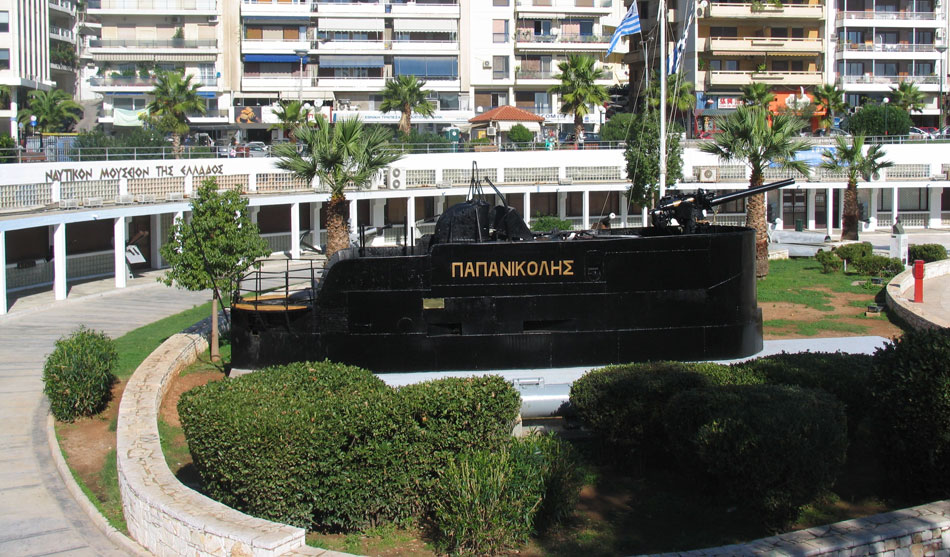 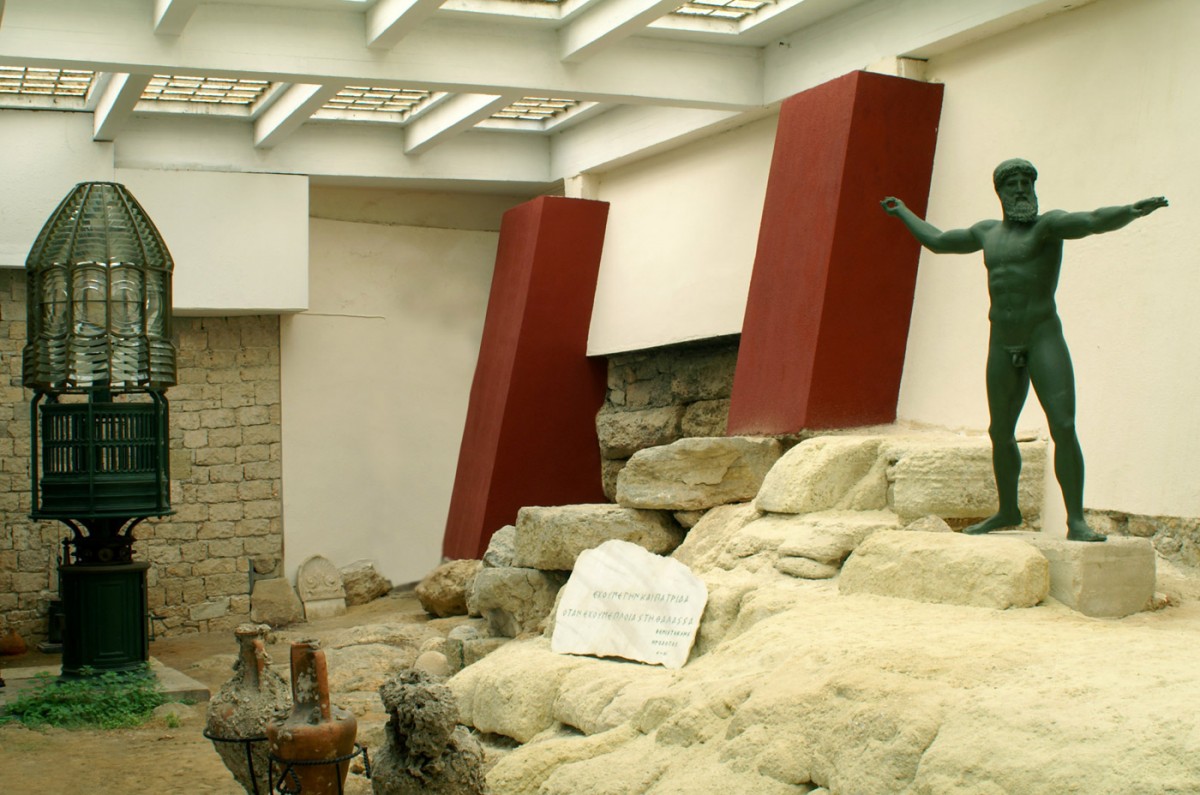 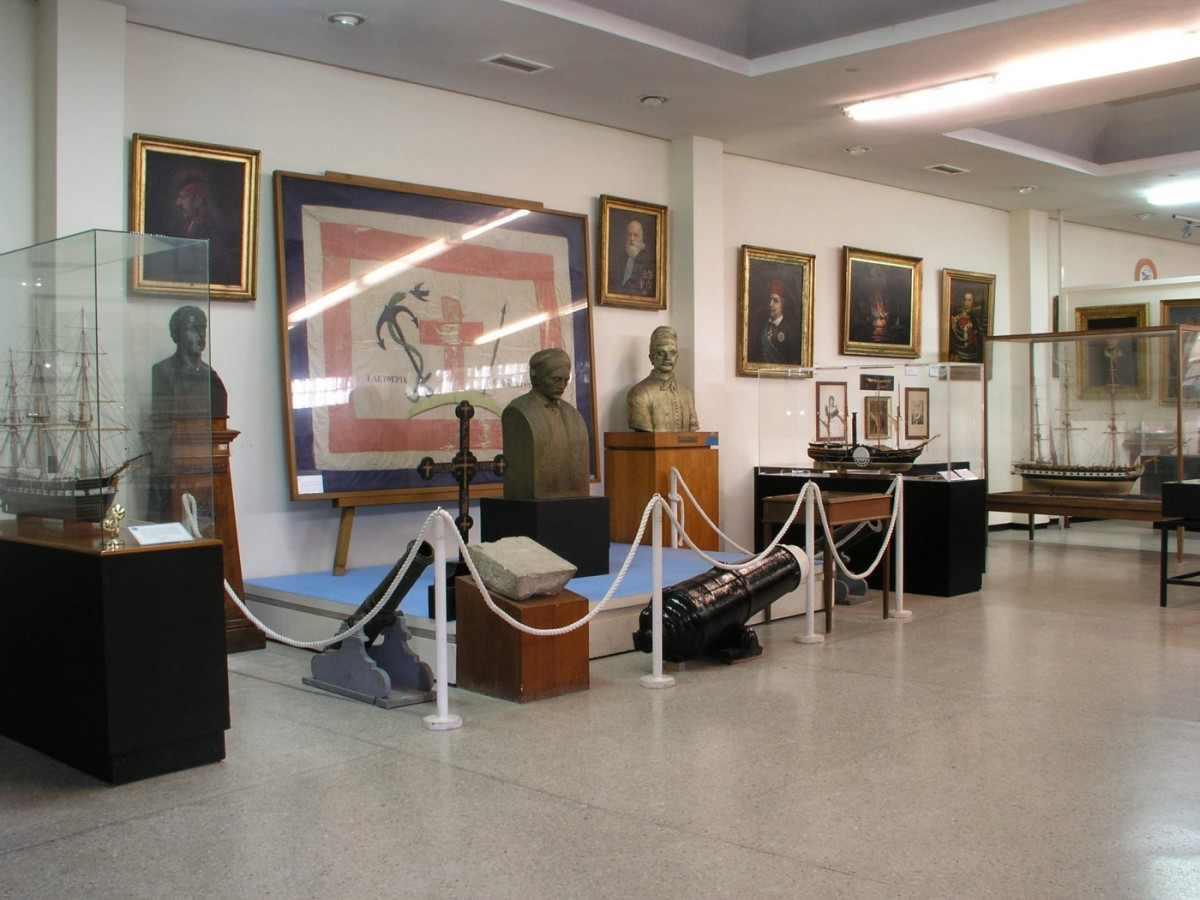 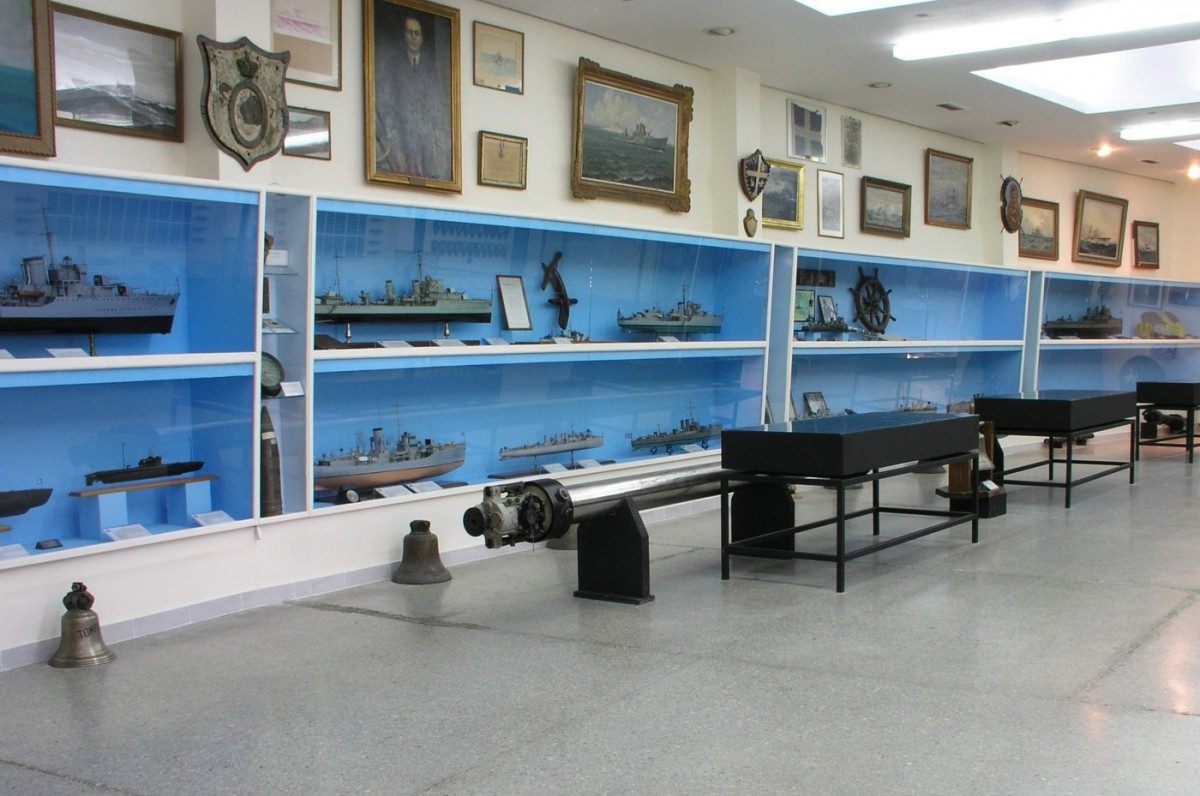 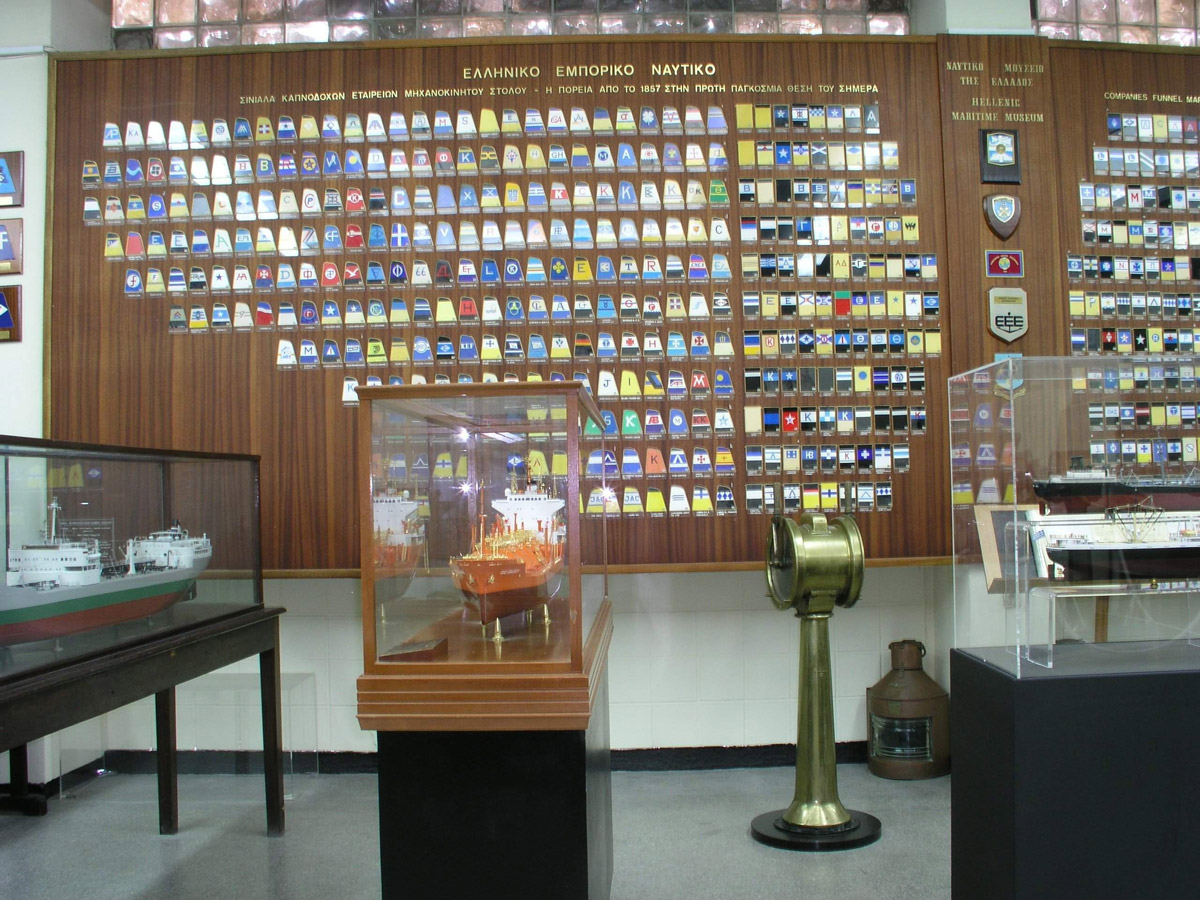 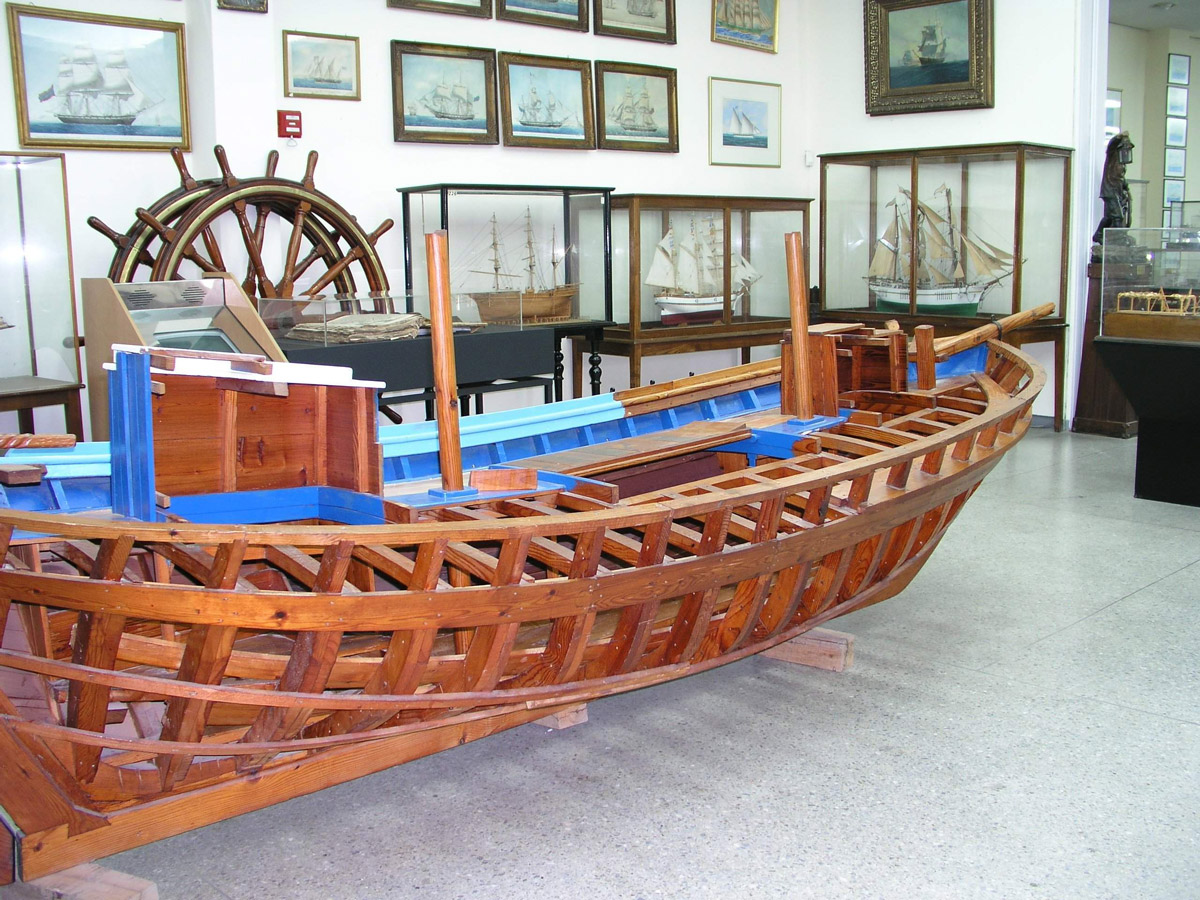 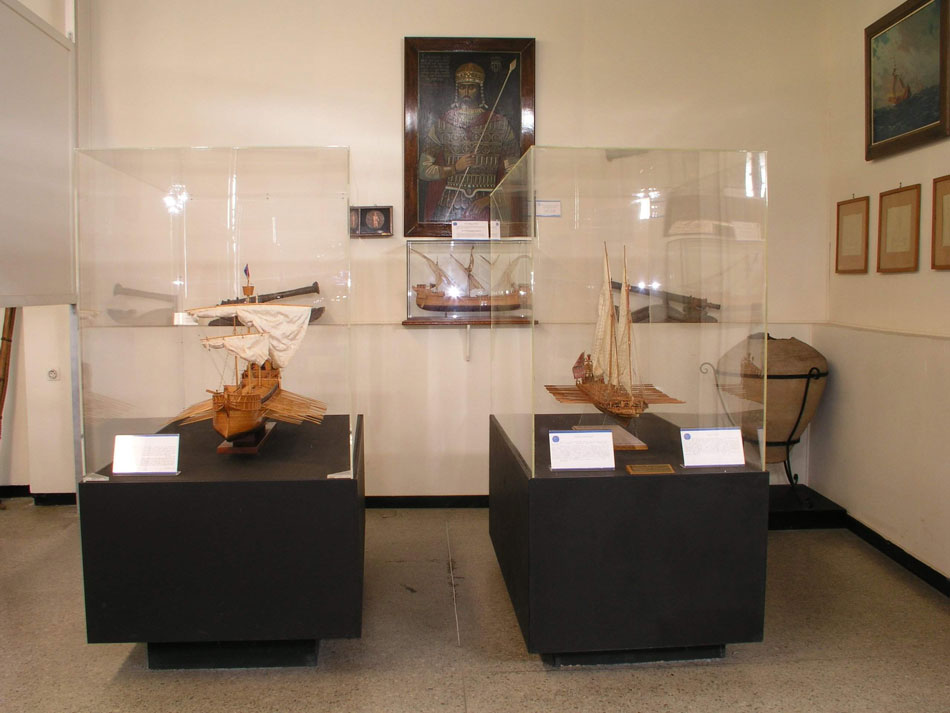 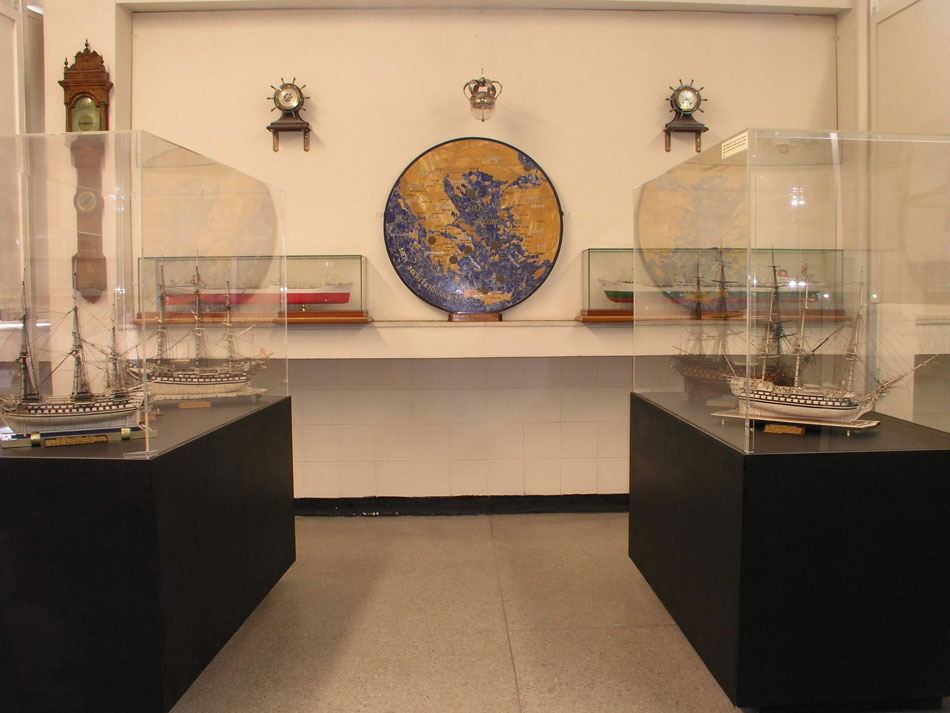 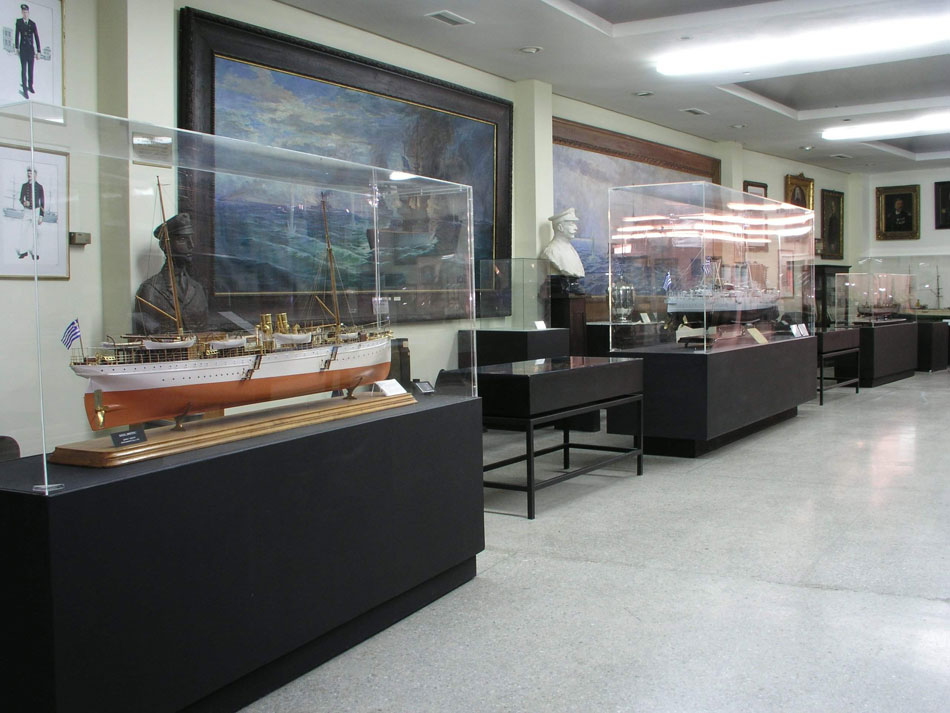 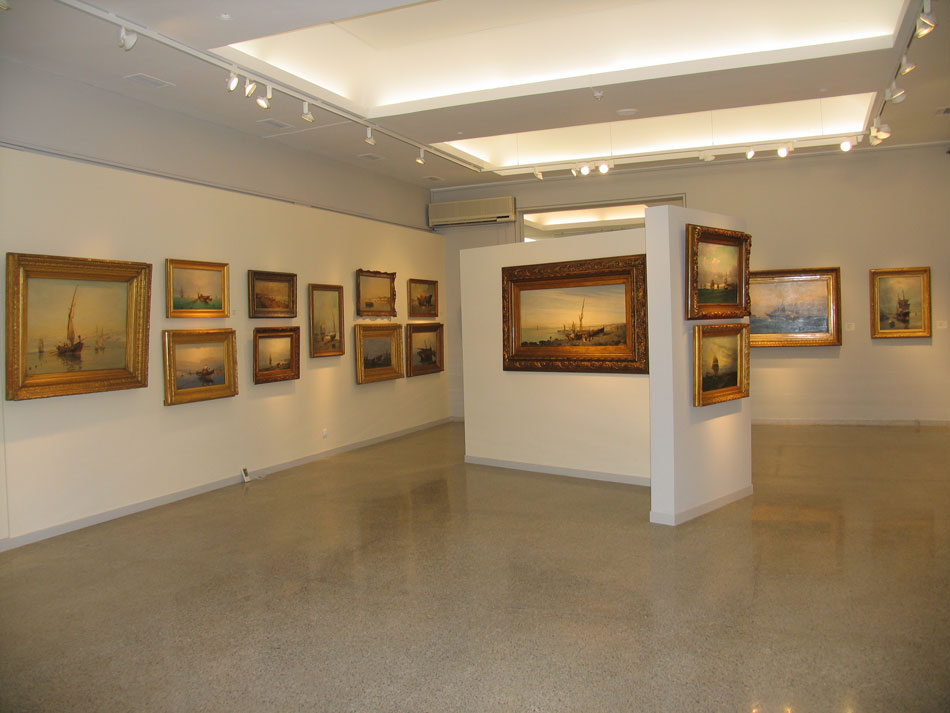 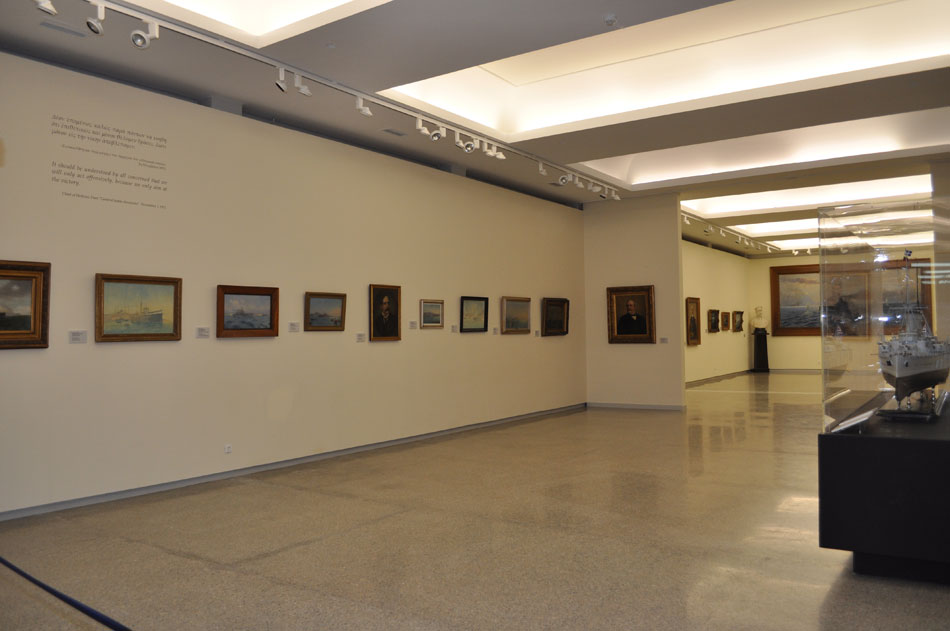 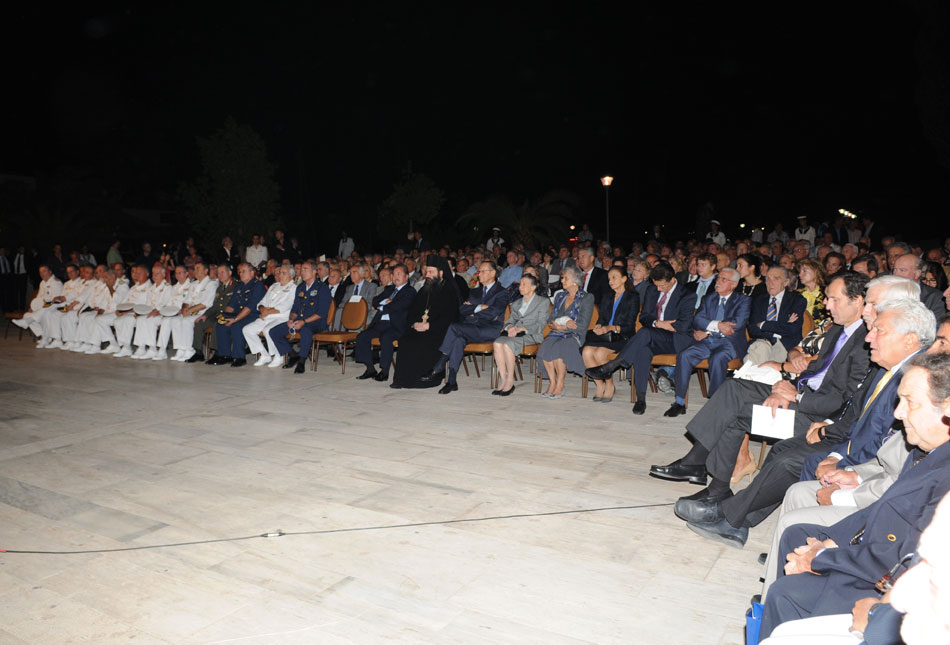 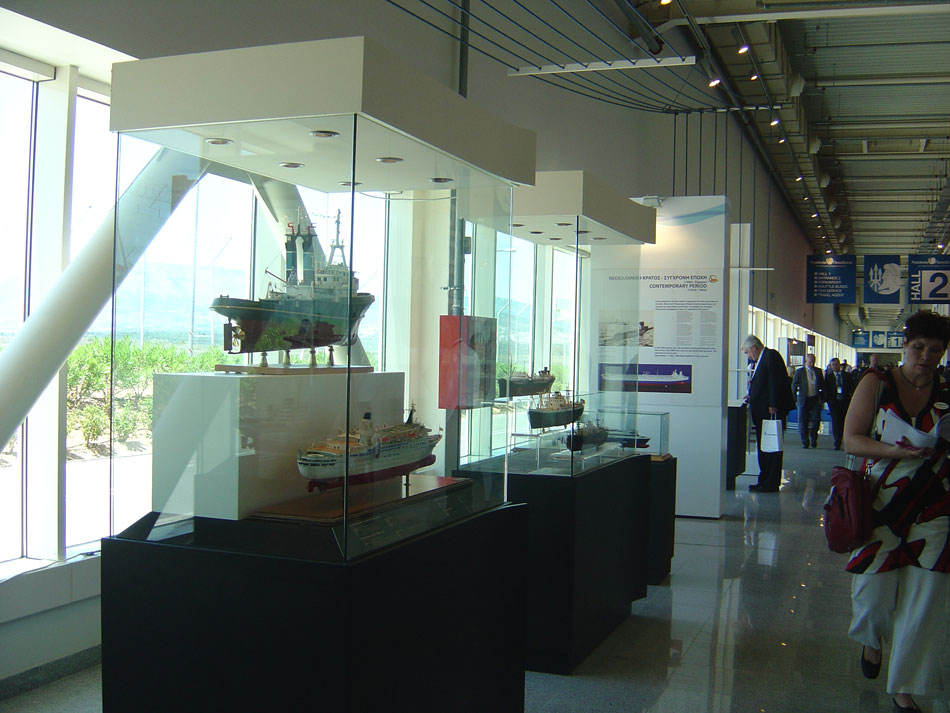 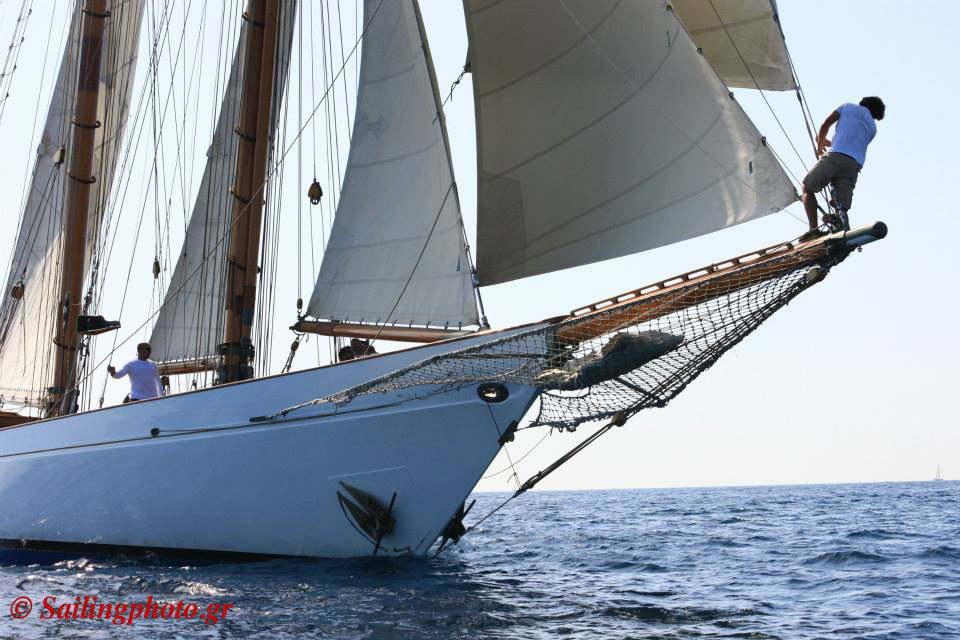 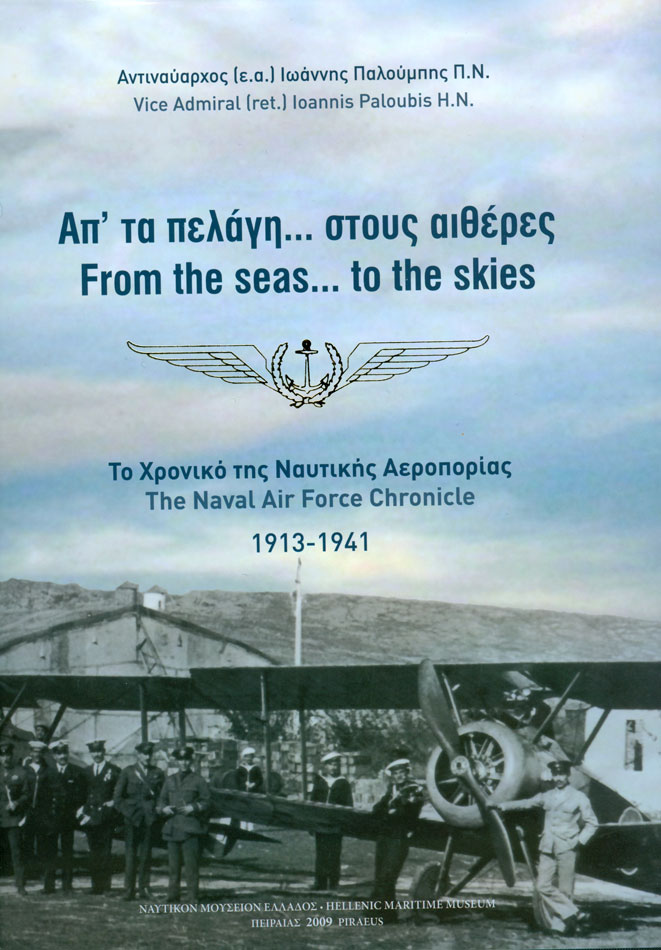 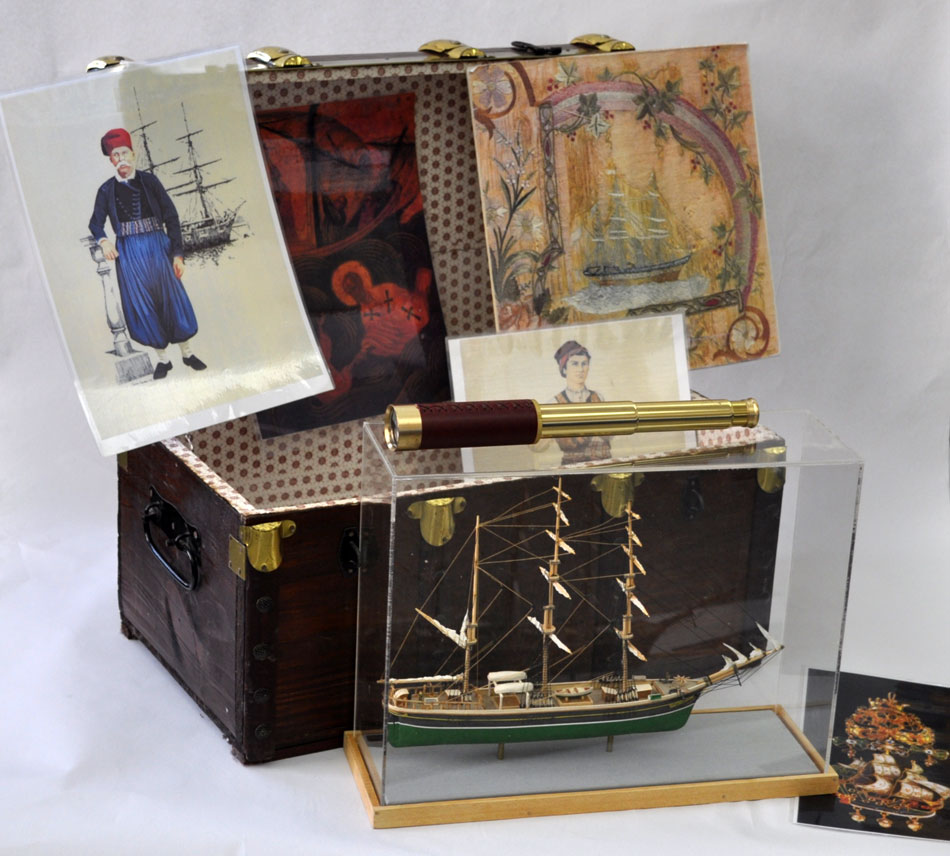 The foundation of the Museum

The first efforts to establish the Hellenic Maritime Museum were made in the newly formed Greek state in 1867. It was then that Captain Gerasimos Zohios, founder of the Seamen’s Pension Fund, proposed that the fund undertake the task of collecting and maintaining artifacts connected with Greek naval history.

Nevertheless, his idea was to be implemented as a private initiative 82 years later. On April 7th, 1949 a group of reputable citizens of Piraeus along with officials of the Greek Navy, instigated by their love for the sea and the ships, gathered at the office of the Minister of Navy of that time, Gerasimos Vasileiadis. There, they signed the Society’s certificate of incorporation under the name “Society of the Maritime Museum”. This moment signaled the birth of the Hellenic Maritime Museum.

In 1955 the museum was first housed in a building on Akti Moutsopoulou in the Zea harbour (Pasalimani), which belonged to Anna M. Pipinelli. The exhibits collected up to that time were somewhat randomly placed in this building. One of the main problems facing the Hellenic Maritime Museum was the need to secure permanent and suitable premises in Piraeus, the maritime capital of our country.

In 1964 the site on which the museum building now stands was made available by the Piraeus Port Authority (OLP) and subsequently by the Hellenic National Tourism Organization (GNTO) for a symbolic rent. At that time, the expatriate Greek C. Kyriazis funded the publication of the album “Ships and Naval Battles of 1821”. The sale of the albums generated a substantial income, which was used to complete the building that now houses the museum since 1970. This building has exhibition space of approximately 1,700 square metres and its entrance incorporates a section of the walls built by Conon to protect the ancient harbour.

Mission of the Museum

The objectives of the Museum are:

– To seek, collect, safeguard and exhibit the historical heirlooms connected with the naval struggles and maritime activity in general of the Greeks from prehistoric times to the present day.

– To save and project Greece’s maritime heritage.

– To help Greece, with its ages-old maritime history, become a strong player in the international scientific community in the field of research into maritime history and tradition.

– Lastly, to foster love for the sea, which for the Greeks has been an inexhaustible source of life.

More than 3,500 objects are on display in the Museum in chronological and thematic order, bringing to life the Greek maritime history and tradition from the prehistoric age to our days. Ship models, archaeological findings, historical relics, paintings, uniforms, weapons, navigational instruments and maps present 10,000 years of Greek maritime history from the first sea voyage in the Aegean sea in 8,000 B.C. –according to the archaeological discoveries– and the thalassocracy of the Minoans to the powerful modern merchant fleets of Greek ship owners.

The archival collections constitute an important part of the institution. The Museum has rich archive material dating from the Greek War of Independence to World War II as well as photo archives which cover all aspects of Greek seafaring history from the late 19th century to our days. It also has a collection of Greek and world maps dating from the 16th to the 19th century and design archives of historical ships of the Hellenic Navy as well as indicative types of merchant ships.

The operation of the Museum’s library commenced at the same time with its establishment. Its aim was to gather books concerning maritime matters, the sea and the Greek maritime history and tradition.

Today, the Museum’s library is the largest maritime library of its kind in Greece and holds a richly collection of more than 17,000 volumes and periodicals, Greek and foreign. The old and rare editions, which date from the 16th to 19th century, hold a special interest. Among them, there is a Greek edition of the “Geography of Ptolemaeus”, published in 1546 and a Latin one in 1596, the “Portolan of Demetrios Togias” in the early 19th century, the second known copy of which may be found in the National Library.

Our objective is for the Museum’s Library to become a renowned center for the study of Greek maritime history, literature, and art, from ancient to modern times. We aim to build a library able to develop and provide digital services and unique expertise to the researchers of the Greek maritime history and tradition.

Τhe Hellenic Maritime Museum is the largest museum of its kind in Greece. It organizes and participates in world and national conferences, research programs and takes part in Greek and international exhibitions, also produces publications for educational purposes. Educational programs for school groups are held at the museum on a daily basis.

The Museum also organizes and participates in conferences and European programmes whose objective is the safeguarding, the promoting and the valorization of the maritime heritage in the Mediterranean basin.

Last year, the Museum established two annual sailing regattas for the first time. Regatta Seamanship –the Hellenic Dragon Class Association took the initiative for this venture– and the Regatta Merchant Shipping in collaboration with the Yacht Club of Greece, the Nautical Club of Palaion Faliron and the Piraeus Sailing Club. These two activities attracted more visitors to the museum.

Education is one of the major functions of our museum and we lay great emphasis on our role on it. More than 17,000 students visit the Museum every year. Our objective is to present to our young visitors the Greek maritime history, traditions and heritage and we endeavor the museum to be for them a place of study, education and enjoyment.

Through publications the Museum can transmit its research on maritime history and tradition to the scholars and general public. In 2010, the edition “From the Seas to the Sky. The Naval Air Force Chronicle”, written by Admiral (ret) Ioannis Paloubis H.N., was awarded by the Academy of Athens. Next year the edition “The Hellenic Submarines”, written by Admirals (ret) Timotheos Masouras and Thomas Katopodis H.N. won praise from the Academy of Athens. In 2013, one more edition, the five volume edition, “World War II. The Naval Fighters Remember”, written by Admiral (ret) Anastasios Dimitrakopoulos H.N. took honorable mention by the same organization. All the authors transferred their rights to the Museum.

Since 1992 the museum has been publishing the quarterly magazine “Periplous” in order to promote the research on maritime heritage as well as to inform its readers of the importance of the preservation of the Greek maritime tradition and history. Through the years the magazine has been enriched and today the circulation has increased dramatically. The magazine contains the Museum’s activities as well as the proceedings of the conferences and the workshops organized by the Museum or those the Museum participates in.

The Museum has participated in many European programmes such as the operational programme “Information Society” with a project entitled “PLOUS” within the framework of the European Union’s 3rd Community Support Framework for Greece. The aim of the project was the modernization of the museum’s technological infrastructure, the digitalization and documentation of its heirlooms and exhibits.

Today, the museum participates in a new European programme with a project named “Periplous: Virtual tour and educational activities at the Hellenic Maritime Museum”. The aim of the new project is the digitalisation of the Museum’s archives and its collections, the development of interactive web applications and participatory educational experience through the Museum’s website and its interactive exhibits.

In 2014 a number of activities have been organized by the Museum, such as the 2nd Regatta Seamanship in honor of the Hellenic Navy, the 9th Pan-Hellenic Conference of the Maritime Museums “Ships-Monuments of Greek Maritime Tradition and museum’s reality“ in collaboration with the museum-ship “Battleship G. Averof” and an exhibition of Marina Zografakis’s, recent works.

President of the Hellenic Maritime Museum