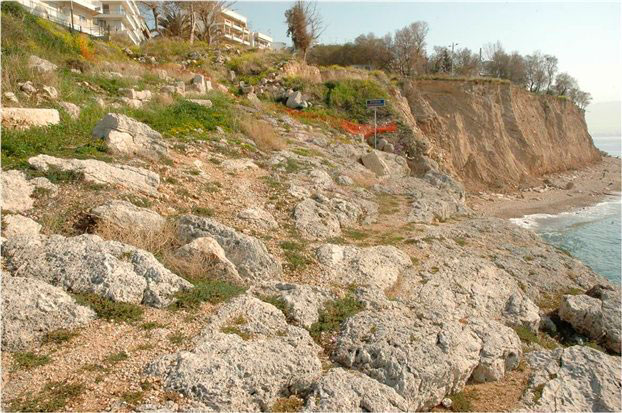 In the framework of the general cultural tranformation of the port

The Board of Trustees of the Piraeus Port Authority has decided to fund the archaeological excavations along the ancient Cononian Walls in front of the new Cruise Passenger Terminal, after an agreement with the Ministry of Culture. The excavations will be conducted at the part between Palataki and the new Passenger Terminal, which has never been examined in the past by archaeologists. The project will cost 100,000 €.

By revealing the rest of the Cononian Walls, the 26th Ephorate of Prehistorci and Classical Antiquities will complete its work in the area. At a recent meeting between the General Secretary of Culture Lina Mendoni, the managing director of Piraeus Port Authority Giorgos Anomeritis, the representatives of the Technical Services and the 26th EPCA, it was decided that the above mentioned part of the Cononian Walls should remain open to the public and be partly covered with reinforced glass.

As Mr. Anomeritis stated: “Piraeus is not only a big cruise port, it is also a port which presents its 2,500-year-old history and its contribution to the development of Athens, Greece and Europe”. He also added that the ancient walls will be a very good way of welcoming cruise passengers to our land, by showing them a part of the port’s ancient history. This project along with the masterplan of the “Cultural Coast of Piraeus” will transform the port into a “portal” of tourism and culture, as Mr. Anomeritis said.