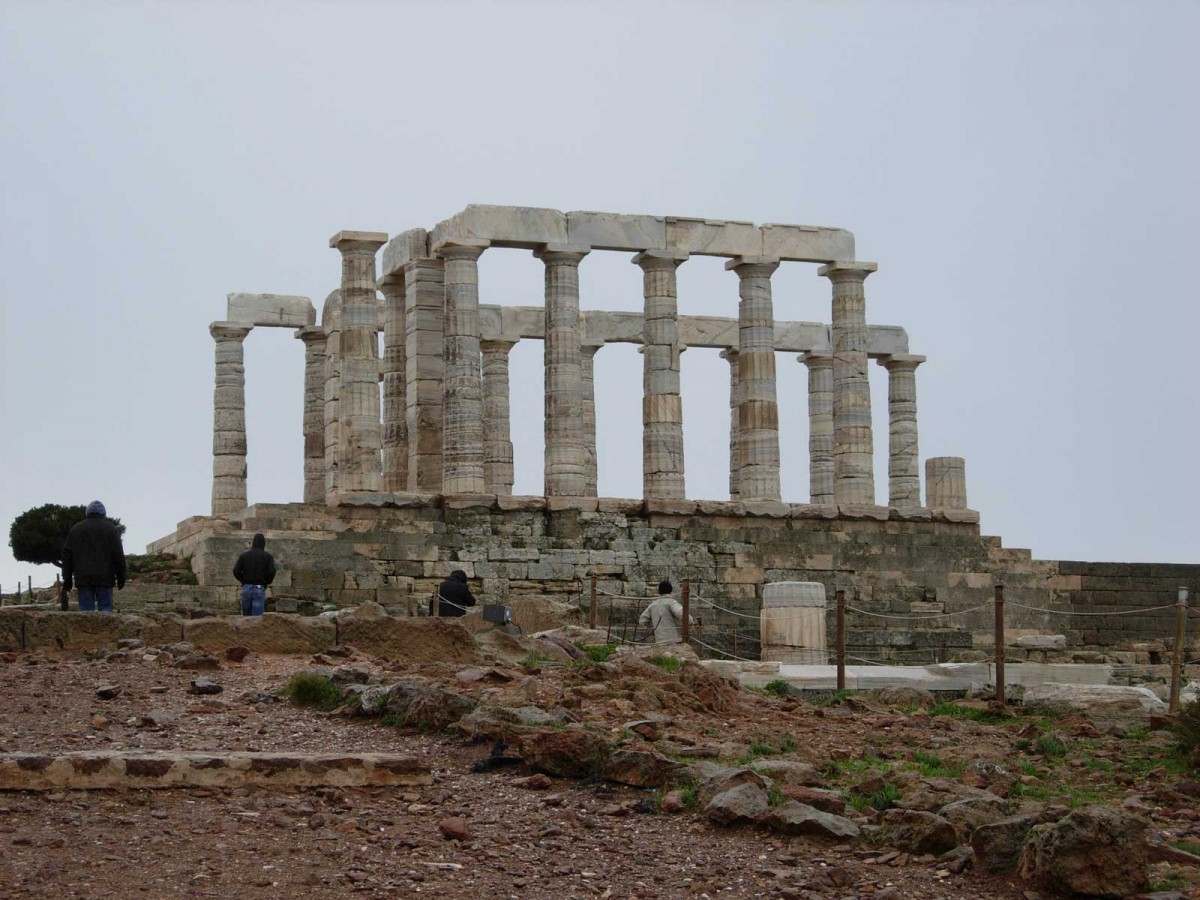 Sounion becomes accessible to all visitors

The 2nd Ephorate of Prehistoric and Classical Antiquities has received many negative comments on the Internet lately as people voiced their concerns about the works being conducted at the archaeological site of Sounion. Visitors watch the workers taking the old, cobbled passage to pieces and building a solid one made “of concrete” in its place. Readers of the newspaper “Kathimerini” have also expressed their discontent for the work at progress, by sending pictures published in today’s print edition.

In order to shed light to the matter “Kathimerini” contacted General Secretary of the Ministry of Culture, Lina Mendoni, and Eleni Andrikou, Director of the 2nd Ephorate of Prehistoric and Classical Antiquities. As Mrs. Mendoni explained, nothing alarming is happening at Sounion. The Archaeological Service was obliged to build a secure access for people with special needs. The old cobbled way has been considered totally unsuitable. “Sounion was unaccessible not only for people who use wheel-chairs but also for older people or those carrying a walking stick. We often witnessed injuries of people who fell down” says Mrs. Andrikou. The formation of the new track is being conducted in the framework of upgrading works at the archaeological site, which are included in NSRF and are going on since last June. “We want to make it clear to visitors that Sounion is not only the Sanctuary of Poseidon. We have an important archaeological site here”.

After the intervention, people using a wheel-chair will be able to reach a resting point built within the wall, but not the Sanctuary of Poseidon, as the inclination of the ground does not allow that. From this resting point one will be able to view the temple and the ancient settlement. As for the material it is made of, it isn’t concrete. “It is a cast material containing a very small amount of cement, also ceramic powder, pigment, gravel and other materials” explains Mrs. Andrikou. Similar tracks have been built in Acropolis and Olympieion, as Mrs. Mendoni reassures. The new access will be completed by the end of the year.