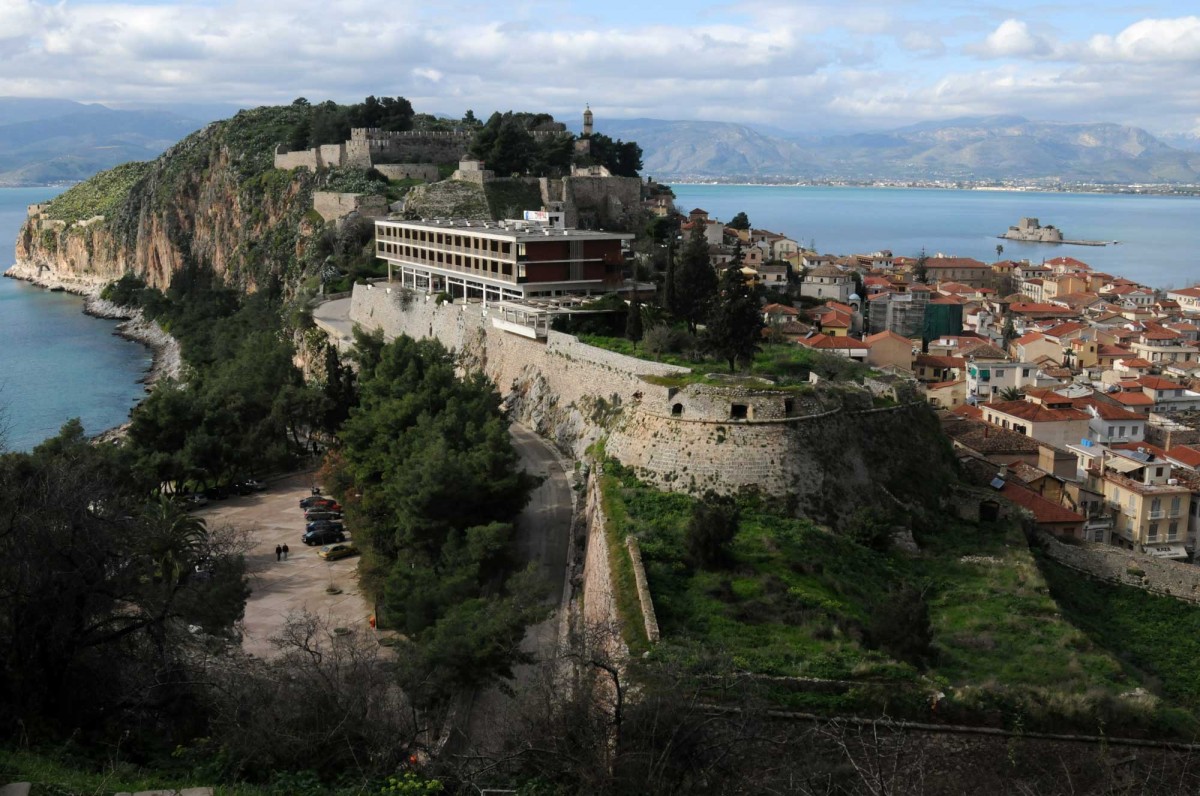 Akronafplia: Restoration work at the Fortress

Under the supervision of the 25th Ephorate of Byzantine Antiquities

Restoration works at the Fortress of Akronafplia have begun several months ago. The works will be funded by NSRF and cost 500.000 euros.

The Fortress of Akronafplia is one of the most important monuments of the city of Nafplio. However, in recent years it has been treated more as a tourist attraction rather than an archaeological site.

The 25th Ephorate of Byzantine Antiquities based the project on the study conducted by architect Eleni Oikonomopoulou, for her dissertation submitted to the National Technical University of Athens. Many years ago, citizens of the city of Navplio had also prepared a proposal for the creation of an archaeological park at the fortress.

Akronafplia, also known as Iç Kale (Inner Castle) is the oldest part of the city of Nafplion, and was a town in its own right up until the 13th century. With the advent of the Venetians and Franks, it was incorporated into the city’s fortifications.

Later, during the reign of George I, part of the Fortress was converted into a military prison, then in the period 1924-1934 into a common prison, and during the Metaxas dictatorship it was used as a prison for political opponents. In the early ’60s, the prison was demolished and in its place the Xenia Hotel was built, which today lies abandoned.

Akronafplia is a unique monument, where all historical periods of Nafplion are reflected: Antiquity, Byzantine Era, Rule of the Francs, Venetian Rule, the period of governance of Ioannis Kapodistrias, as well as modern architecture of the 1960s.

Works include following interventions: consolidation, restoration and showcasing the monument, tracing it and recording the state of preservation.

The works are carried out under the supervision of the 25th Ephorate of Byzantine Antiquities. Various finds have been traced at the excavation site, among which the foundations of an early Christian church, Agioi Theodoroi.