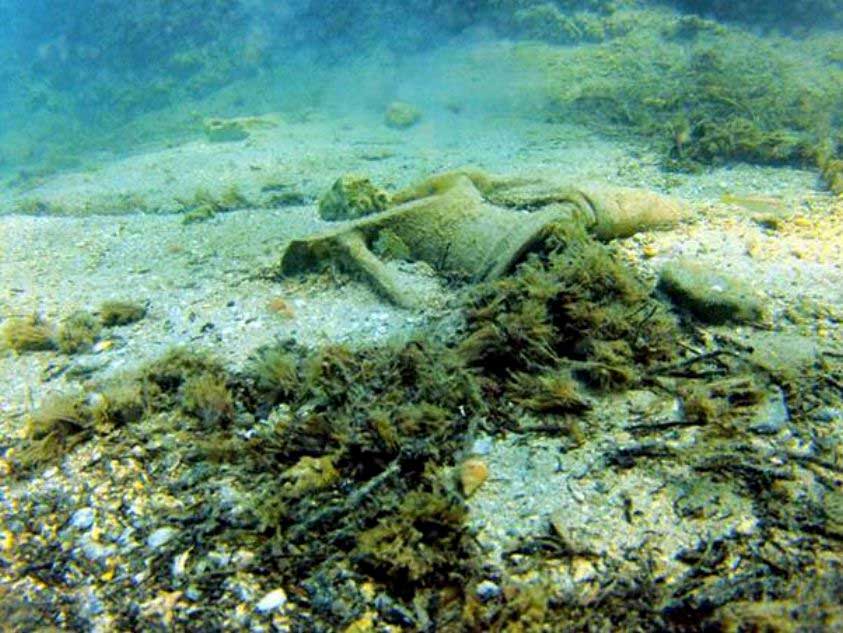 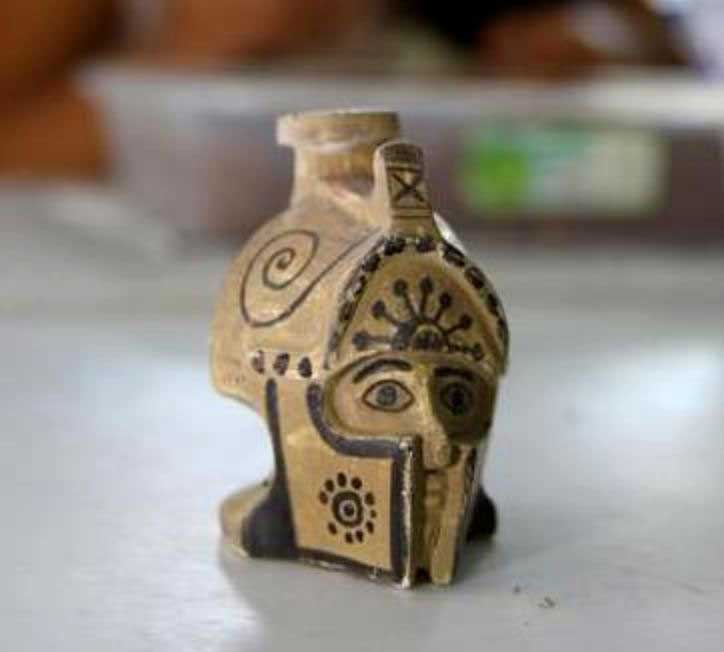 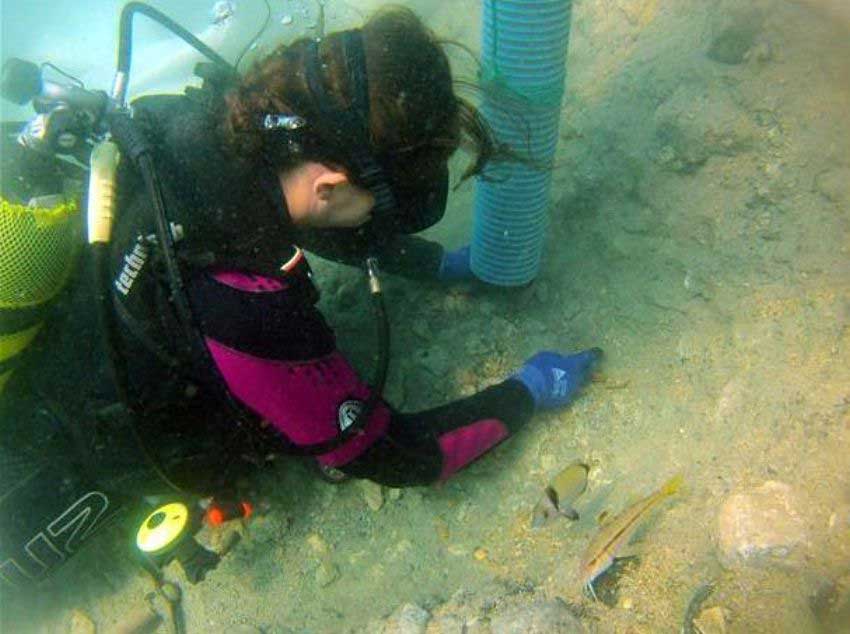 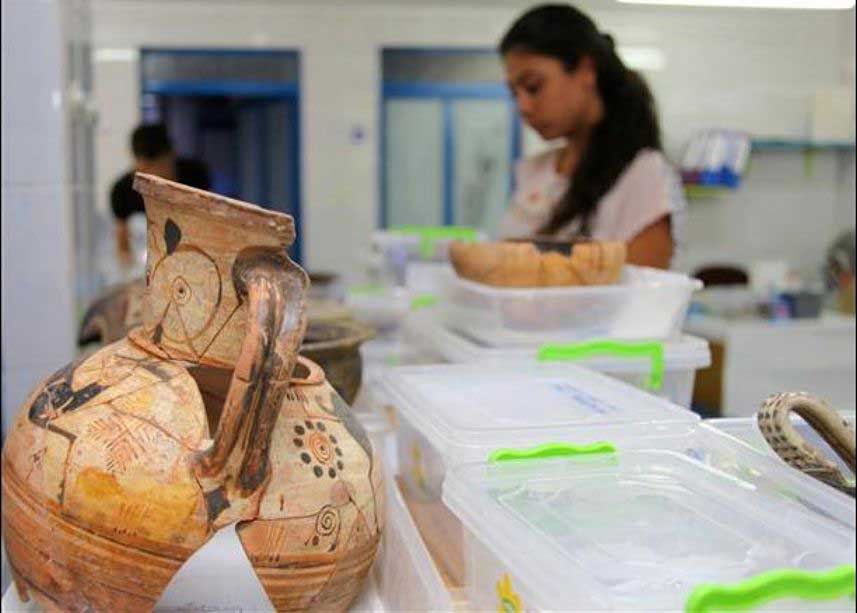 Archaeologists plan to unearth the entire pier of Limantepe

Turkish marine archaeologists express excitement at the discovery of an Ottoman ship with valuable Dutch cargo just off the coast from Urla in İzmir. The sunken vessel is the latest in a long line of ships that have been found in the underwater excavations of the area.

The underwater excavations in Limantepe (known as Klazomenai during the Classical age) started 13 years ago. The site attracted the interest of researchers when they could not identify areas in the sea on aerial photographs of the İskele neighborhood in the district of Urla.

Twenty underwater archaeologists, under the direction of Professor Hayat Erkanal, are taking part in the excavations in Limantepe, the site of a prehistoric settlement which witnessed the passage from hunter-gatherers to farmers. During the Roman period, Limantepe was also a settlement, but an earthquake or other cataclysmic event that took place in the 6th century BC submerged the port.

The excavations, coordinated by the Ankara University Underwater Research and Application Center (ANKÜSAM), are continuing on the base of the port that dates back to the 7th century BC. Erkanal has reported that they discovered many ship remains from different eras and items that came out of these ships, which have been desalinated in a laboratory in preparation for exhibition.

Of the many ship remains found, a vessel from the 7th century BC and an 18th-century Ottoman warship were taken into complete preservation underwater, according to Erkanal. Another ship was also discovered by fishermen 400 meters from the excavation site at a depth of 17 meters.

Exhibition only after desalination

After the analysis of the new find, the ship was determined to be a 17th-century Ottoman merchant ship.

The ship had sunken along with plates it was transporting from the Netherlands. “We estimate that there are more than a thousand plates inside this ship. The ship remains may degenerate because it was not fully embedded beneath the sea floor. Also there are threats from fishing nets and ill-intentioned people. We have to immediately unearth these remains that are beyond the boundaries of our excavation area,” Erkanal said and added that the unearthed items had to be desalinated before they could be exhibited, otherwise items – even stone – could break to pieces.

According to Erkanal, the current equipment and systems available to his team is insufficient to remove items from underwater; a new center with advanced laboratory is expected to open next year.

“Since the construction of the new center and the new laboratory has already started, we initiated the project to remove the ship from under the water. Next year we will dive and first remove the Dutch plates, which we believe to be really valuable. Later, we will unearth the parts of the ship that made it to the present and begin restoration and conservation processes on them. After all the work is done, we are planning to reload the plates onto the ship and exhibit them together, the way they were originally,” Erkanal said.

The bid to excavate the ship will be the third such undertaking in Turkish history, Erkanal said, noting the previous Uluburun excavation in the southwestern district of Kaş by the U.S.-based Institute of Nautical Archaeology and the recent removal of Byzantine-era ships from Yenikapı as part of the work for the Marmaray.

Erkanal said they would make a proposal to the Culture and Tourism Ministry to exhibit the shipwreck at an archaeological park near the excavation site in Urla. If their proposal is accepted, the ship will be put on display in a specially monitored room, he added.

Noting that they would also work on unearthing other ships in the area in the future, Erkanal said the exhibitions of shipwrecks would be vital in making İzmir a world-renowned center for underwater archaeology.

In addition to underwater excavations, ANKÜSAM collaborates with the 360 Degree History Research Group in reconstructing and exhibiting historical vessels and ships, according to Erkanal.

“The ships that we exhibit around our excavation site have attracted great attention from the public. We are planning to unearth the entire pier of Limantepe located underwater offshore.”