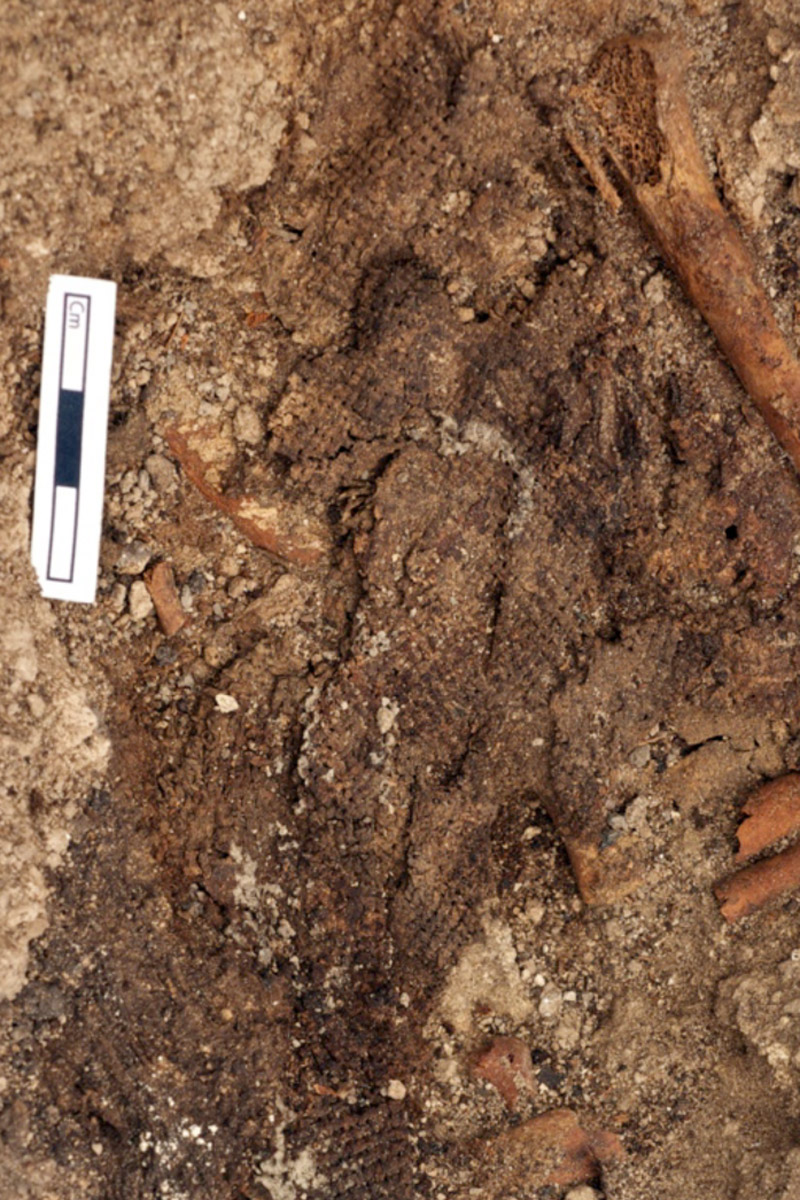 Piece of Fabric Found at Çatalhöyük

A piece of fabric which was used to shroud the body of a baby buried under the floor of a house consists the latest impressive find from the prehistoric settlement of Çatalhöyük, near Konya, in Turkey. Dating 9,000 years ago, it is thought to be the earliest sample of clothing ever found to-date.

“The fire warmed up the ground and platforms of the building and created a kiln drying effect. Therefore the pieces and this piece of cloth underground have been so far protected. Examinations in the laboratory show that this piece of cloth is linen weaved with hemp. This is a first in the world and one of the best preserved examples.”, states in the project’s newsletter the Stanford University Professor Ian Hodder, who leads the excavations at Çatalhöyük, as he explains how the fire that destroyed the house overground actually protected the fabric.

“This piece of linen, which is weaved very thin, most probably came from the eastern Mediterranean from the central Anatolia. It is already known that obsidians and sea shells had been exchanged in long-distance trade in the Middle East during the Neolithic era. But this fabric may have revealed another side of the trade.”, adds Hodder, indicating how the find might open a new chapter in the various interpretations adopted over the years regarding interconnections between Çatalhöyük and the world surrounding it.

As stated in the latest Çatalhöyük excavation report, the discoveries of the fruitful 2013 season also included a wall painting which was located within an area in the southern skirt of the site’s eastern tumulus. Unlike other examples known from the site, where red and back colours on white ground are used, the newly found depiction consists of geometrical shapes on dark ground. Hodder states that this painting continues through the northern walls of three buildings. Still, what really happens is to be revealed in future seasons.