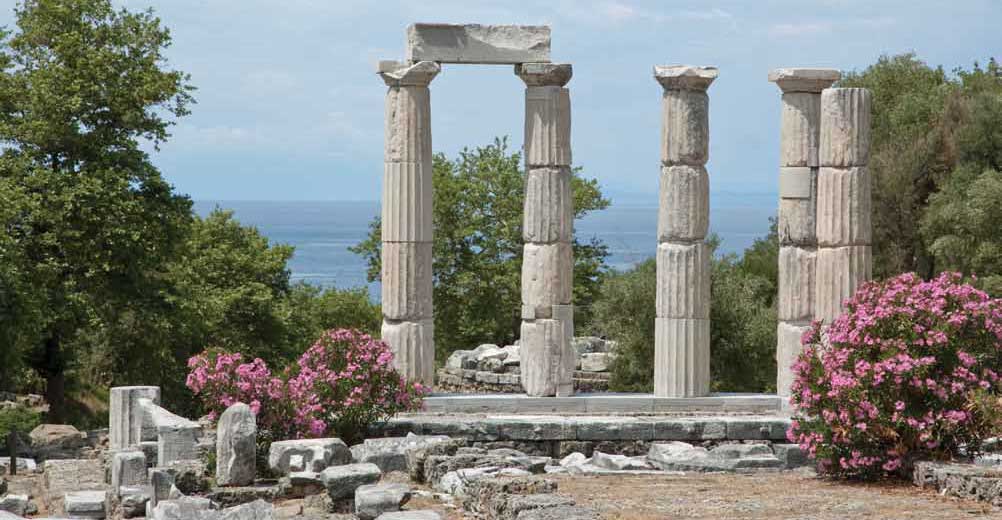 Conservation work in progress on Samothrace

At the Sanctuary of the Great Gods and the Castle

The conservation works at the Sanctuary of the Great Gods and the Medieval castle of Samothrace are being funded by the NSRF. In the framework of the project, the three storehouses will be moved into three modern buildings, while the old museum of the archaeological site will be fully renovated in order to showcase the exhibits of the Sanctuary, where rituals of a mystery cult took place. There people worshipped the “Mother Goddess”, Axieros, a deity related to Cybele and Demeter, Kadmilos, an ithyfallic deity identified with Hermes, and the Cabeiri, ithyfallic demons identified with the Dioskouroi.

Excavations at the area have ceased since 1995. “The site has remained in a relatively good condition during the last few decades” according to the Director of the 19th EPCA Dimitris Matsas. There are, nevertheless, some areas where conservation works are urgent.

The first phase of the project includes the reconstruction of the terraces, the conservation of the architectural members and the rest of the monuments at the Easter Sector. Among them is the Propylon of Ptolemy II.

In the second phase, the monuments on the western side of the Sanctuary will be restored, and in the third phase the works will focus on the central area of the site, where the most significant buildings of the Great Gods’ worship are.

Each phase will take three years. It is very important, that this time archaeologists will have the support of the Ministry of Culture, and that the General Secretary of Culture Lina Mendoni, who as an archaeologist shows a special interest at the works’ progress, helps that they are immediately included in the NSRF.

Another big project conducted in Samothrace is the consolidation of its castle. Works are being supervised by the 15th Ephorate of Byzantine Antiquities and its Director Ioannis Kanonides with his colleagues. The aim of this project is to make the castle visitable.

Consolidation works of the fortification walls have started last year. 90% of the surfaces of the structural members with decayed plaster have been jointed. Consolidation and restoration of dangerous stone walls of the castle have also been carried out. Next summer, works at the surrounding area will commence, which will make the castle visitable and safe for the public.