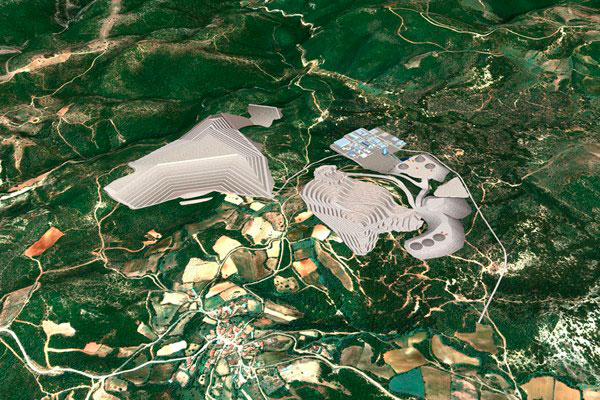 Study of environmental consequences for the gold mines at Evros approved

Green light to the study of Environmental Consequences for the project “Mining facilities and Facilities for the production of gold at Perama, Evros” of the gold mining company “Gold Mines Thrace” was given by the majority of the Central Archaeological Council’s members.

The subject had been discussed extensively two weeks ago at the board, but then postponed after the intervention of Secretary General of the Ministry of Culture, Mrs. Lina Mendoni, who proposed that mining engineer-chemist and supervisor of the Hellenic Environmental Inspectorate Epaminondas Toleris should be present at the next meeting of the board, in order to answer questions concerning the protection of antiquities in the area. The members of the board expressed their concern about the use of dynamite and its consequences for the monuments.

At this week’s meeting of the board, Mr. Toleris clarified that the study of Environmental Consequences includes a special chapter about the vibrations cause by the mining activities and their impact on the ancient monuments, and that according to the Code of Mining and Quarrying Activities vibration limits are set for each building category, the strictest of which are those concerning monuments and traditional buildings.

He also stressed that the vibrations will be monitored by special devices (vibrographs) installed in several spots of the area. As far as the cyano compounds produced are concerned, Mr. Toleris stated that they “are being decomposed and photodisintegrated within approximately 25 days”, so their lifespan is small. Regarding the danger of the six tanks for cyanosis breaking down, he said that even in the worst-case scenario, that of all six tanks breaking at once, according to the study of Environmental Consequences, the fluid will be retained.

The landscape, however, will not be 100% remediated. The open trench will not be refilled, due to the lack of materials after the exploitation. “In order to do this we would have to intervene some other place, which would not be environmentally appropriate. The remediation will be realized in levels,” as Mr. Toleris pointed out.

Some members of the board expressed their skepticism about this issue (Maria Vlazaki, Eleni Banou and Eugenia Gatopoulou). Against the approval of the study voted Diamandis Triantafyllos (director emeritus of the Ministry of Culture) because of the historical value of the area.

The meeting was also attended by the deputy director of the 19th Ephorate of Prehistoric and Classical Antiquities Dimitris Matsas, who spoke of the indirect damage caused on the monuments by the project, as the open crater will stay after the facilities will be completed and will be visible from all monuments of the area: the ancient road that connected the mountain zone with the inland (an area of great significance for the relations between Greeks and Thracians), the modest open-air sanctuary of the hero Ippeas, the prehistoric flintstone quarry at Petrota, the most important of its kind in northern Greece, and, finally, the prehistoric acropolis of Aghios Georgios.