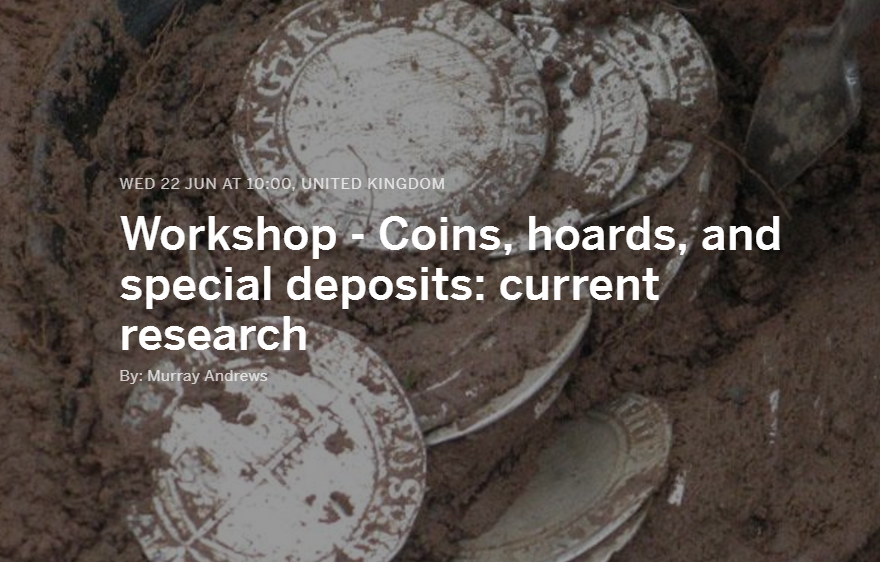 Whether by intent or accident, the deposition of objects provides the bricks and mortar for an understanding of social, economic, and ritual behaviour in past societies. As the finds record continues to grow, attention has increasingly focused on three deposit classes: ‘single finds’, particularly coins, deemed accidentally lost, intentionally-deposited object hoards, and ‘special deposits’ representing a ritual act(s). Hosted at the Institute of Archaeology (UCL), this workshop seeks to advance an interdisciplinary and multi-period dialogue on objects and their deposition, highlighting the work of current doctoral and research projects at UK institutions.

-Adrian Chadwick (University of Leicester): Mundane money or ritual resource? Contextual and relational approaches to coin deposition: the work of the Hoarding in Iron Age and Roman Britain project

-Matthew G. Knight (University of Exeter): Let me break it down for you…An ongoing methodology for better understanding the deliberate destruction of Bronze Age hoards

-Ceri Houlbrook (University of Hertfordshire): ‘A Plague of Padlocks’: the dissemination of contemporary deposits

-Mariele Valci (University of Nottingham): An overview of the denaro provisino (c.1186-1398)

-Marta Barbato (University of Warwick): Coin finds of the Republican period in Rome and in Central Italy and the coin sample from the ’sottosuolo urbano’ of Rome kept in the Medagliere Capitolino: Circulation and use of Greek and Roman Republican coins

-Rachel Wilkinson (University of Leicester): Coins as objects? Towards an integrated study of Iron Age hoarding

-Kris Lockyear (University College London): “Where do we go from here?” (Reprise)17.40   Discussion and conclusions