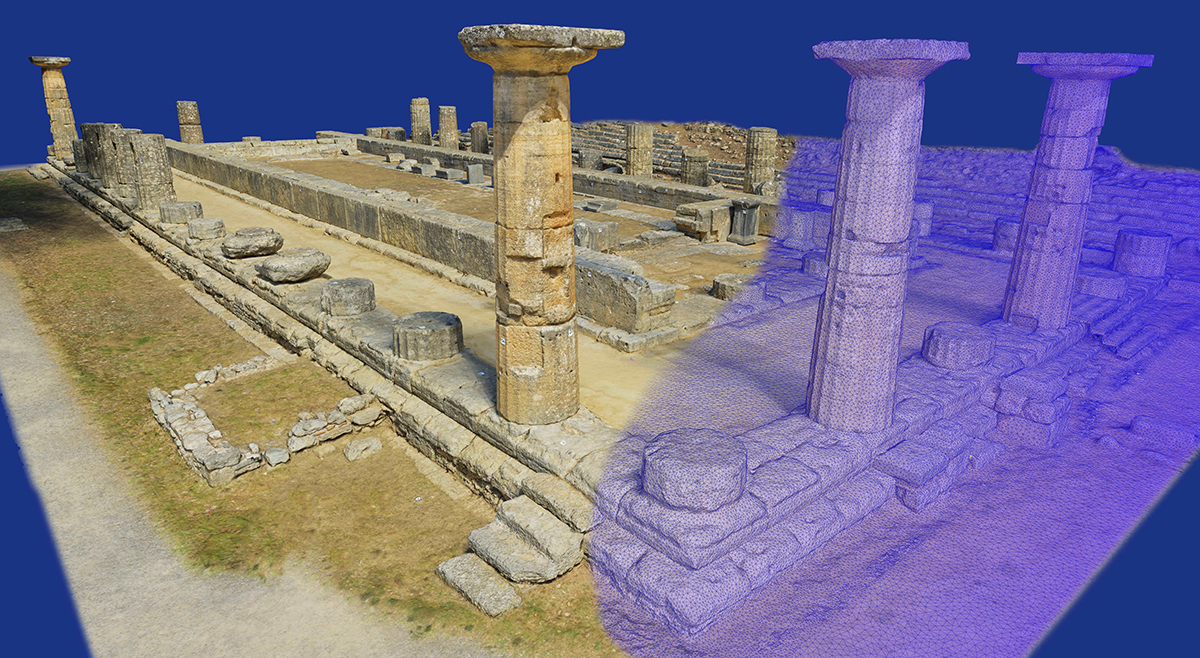 e-mail.: [email protected]
Ιστοσελίδα
3D reconstruction of the Heraion at Olympia showing both the texture and mesh.
08 01 '20 12:27

Digital Autopsy and the Temple of Hera at Olympia

“Digital Autopsy and the Temple of Hera at Olympia: Rethinking the Beginnings of Greek Monumental Architecture”

In 2013, I initiated a new study of the Temple of Hera at Olympia, one of the oldest well-preserved Doric buildings from ca. 600 BCE. Although well known since its excavation in the 1870s, the Heraion lacks a comprehensive architectural study meeting modern standards of publication. My recent fieldwork has involved extensive 3D recording based on photogrammetry, implemented with exceptionally high resolution and survey methods that control error within 1 mm throughout the 25 x 55m site. The resulting 3D models have proven indispensable to my investigation of the architectural history of the monument. One of the most important conclusions is that the in situ colonnades are largely original to the building, and not, as formerly believed, the result of piecemeal repairs to what was originally a wooden colonnade. I am currently working on a digital anastylosis of the stone colonnades, using a computer algorithm to restore more than 80 fragments in the blockfields to their original positions. As originals from the first quarter of the sixth century BCE, they attest to not later, piecemeal repairs but rather a wide array of experimental construction techniques in use at the early beginnings of monumental building in Greece. Furthermore, many of the construction methods are only attested in distant places such as Aigina and Syracuse, suggesting that expert masons had traveled to Olympia and collaborated on the construction of the Heraion.