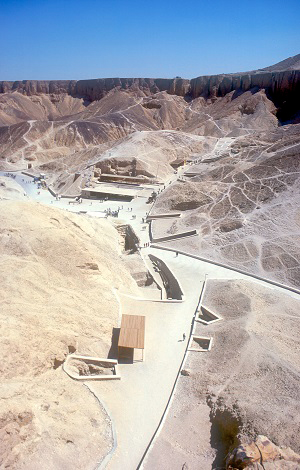 Does the Past Have a Future? The Work of the Theban Mapping Project

“Does the Past Have a Future? The Work of the Theban Mapping Project”, lecture by  Dr. Kent Weeks.

Info about the Lecture

The Theban Mapping Project (TMP) began work in 1979. Its goal was to prepare a comprehensive map of the Theban Necropolis, starting with the Valley of the Kings, and to make detailed plans of its archaeological remains. It was the first project of its kind to work in Egypt. In 1989, the TMP rediscovered the entrance to KV 5, a tomb whose location had been known for centuries but which was believed to be small, badly damaged, and of no interest. When the TMP discovered that KV 5 was in fact a family mausoleum for multiple sons of Rameses II and the largest tomb in the Valley of the Kings, it made headlines around the world. The TMP established a website, KV5.com, to provide reports on its work for a fascinated public quickly becoming one of the most visited sites on the internet. KV5.com was used as a research tool by scholars and as an introduction to Egyptology by students of all ages. It received over one million hits monthly until it crashed in 2010 and could not be restored. Today, thanks to ARCE, the website is back up, and can again provide up to date information on Thebes and its monuments for a wide audience.

To Learn more about the Theban Mapping Project, click HERE.

Kent Weeks is Emeritus Professor of Egyptology at the American University in Cairo and the founding director of the Theban Mapping Project. He received his undergraduate training at the University of Washington and his PhD at Yale University, and has served as the Director of Chicago House in Luxor and Professor of Egyptology at the University of California, Berkeley. Weeks is the author and editor of over a dozen books, including “The Atlas of the Valley of the Kings” and several award winning best-sellers. He divides his time between Luxor (as an Egyptologist) and Connecticut (as a grandfather).