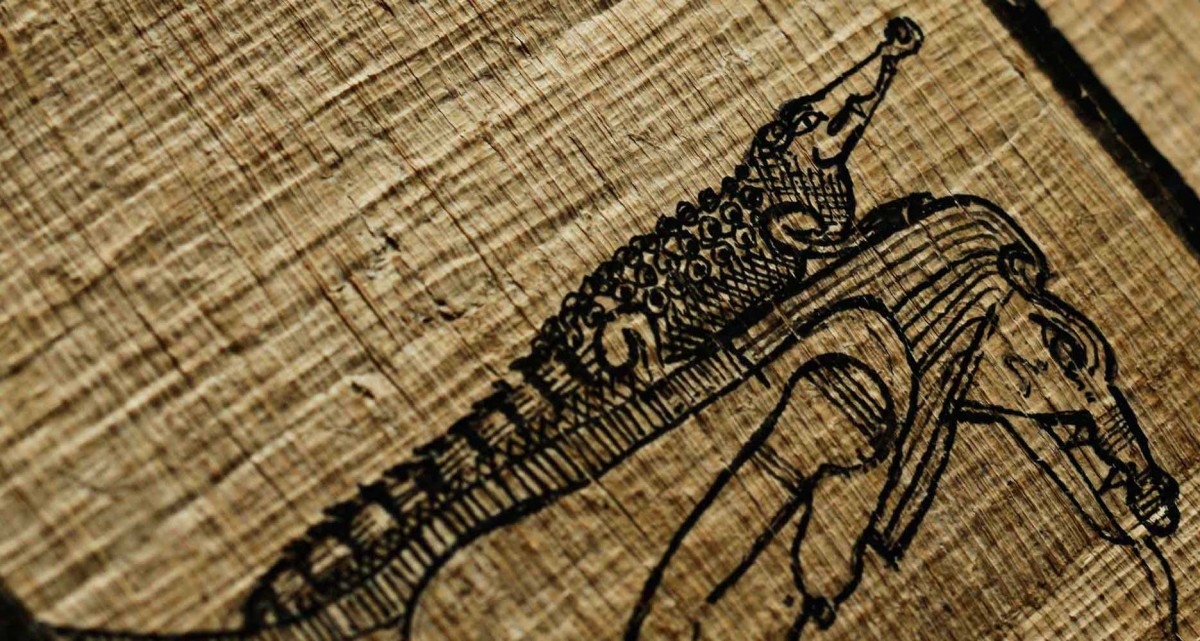 Egypt’s Mysterious Book of the Faiyum

The Book of the Faiyum is an exquisitely illustrated ancient papyrus depicting Egypt’s Faiyum oasis, a center of prosperity and ritual during the Greco-Roman period. Major sections of the manuscript—reunited for the first time in 150 years—are displayed alongside Egyptian statues, reliefs, jewelry, and ritual objects to illuminate the religious context that gave rise to the enigmatic tale of Sobek, the crocodile god who brings sun to the Faiyum.

Egypt’s Mysterious Book of the Faiyum has been organized by the Walters Art Museum, in partnership with the Roemer- und Pelizaeus-Museum, Hildesheim. This exhibition has been generously supported by grants from The Selz Foundation, the Women’s Committee of the Walters Art Museum, Transamerica, and the John J. Leidy Foundation; and by gifts from Frances and Rick Rockwell, Douglas and Tsognie Hamilton/Hamilton Associates, the Peter Bowe and Barbara Stewart Fund, Nancy and Henry Hopkins, Diana and Frederick Elghanayan, and an anonymous donor.