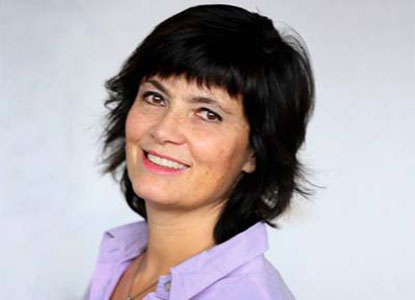 Presented by The Archives, American School of Classical Studies at Athens

The lecture will be in English

By registering you will be able to submit your questions through Q&A on Zoom.

** Guests attending Cotsen Hall events are required to wear a mask and to present valid COVID-19 vaccination certificates or certificates of recovery (valid for 180 days) along with ID.

Unclear structures, overlapping fields of activity and irresolvable competition between various factions characterised the National Socialist system in Germany. Hitler quite deliberately encouraged rivalry among his immediate entourage: Joseph Goebbels, Hermann Göring, Heinrich Himmler, Alfred Rosenberg and Bernhard Rust. These politicians and ideologues, just like Hitler himself, placed great importance on the role of archaeology, and each of them attempted, in his own way, to influence archaeological research. Personal interests were often a motivating factor, but so was the wish to win Hitler’s approval and make themselves indispensable. Only by adaptation and skilful manoeuvring did the DAI manage to avoid being crushed by these competing forces and to make the most of a difficult situation. My talk will focus in particular on the relationship between the DAI and the SS Ahnenerbe. Both institutions shared a common enemy in the form of Hans Reinerth, head of the Reichsbund für Deutsche Vorgeschichte, an organisation dedicated to researching German prehistory.

Alexandra Kankeleit, an archaeologist who specializes in the study of Roman mosaics, has also since 2016 been part of an extensive project of the German Archaeological Institute (Athens and Berlin), titled The History of the German Archaeological Institute at Athens during the National Socialist Era. As part of the project, she has examined a host of bibliographic and archival sources in both countries that document the activities of the German archaeologists in Greece from 1933 until 1944. A list of her most recent publications can be found on Alexandra’s own website.